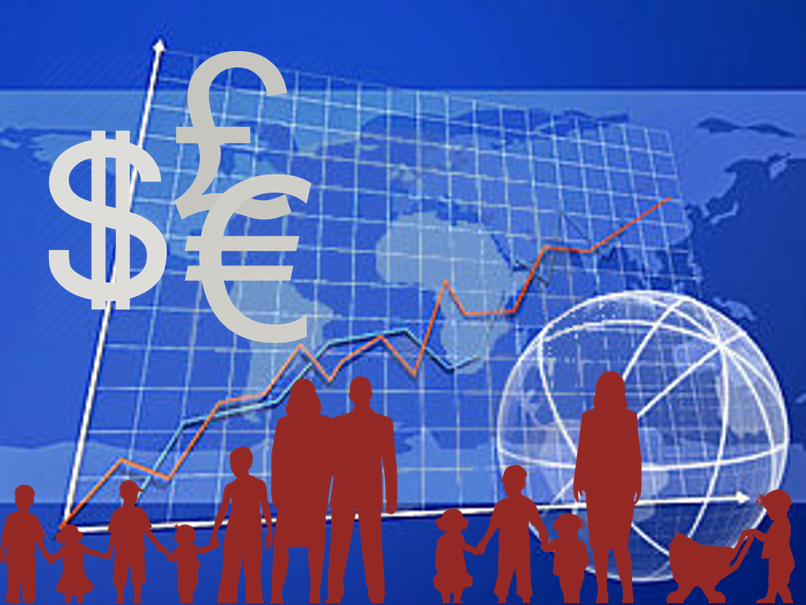 “Capitalism is under attack,” Eric Beinhocker and Nick Hanauer write. “The financial crisis of 2008, the stagnation of the middle class in many developed countries, and rising income inequality are challenging some of our most deeply held beliefs about how a fair and well-functioning society should be organized.”[1] Beinhocker (@EricBeinhocker) is the executive director of the Institute for New Economic Thinking at the Oxford Martin School, University of Oxford, and Hanauer (@NickHanauer) is an entrepreneur, venture capitalist, and author. They continue:

“Many business leaders are of two minds about the situation. They note that market capitalism has yielded massive increases in human prosperity, particularly in the West in the 19th and 20th centuries. More recently, it has lifted hundreds of millions from poverty in emerging economies. Yet despite these historic accomplishments, it’s also easy to worry that something is wrong with how the system is performing today.”

Carl Benedikt Frey (@carlbfrey), Co-Director of the Program on Technology and Employment (and Beinhocker’s colleague at the Oxford Martin School at Oxford University), shares Beinhocker’s unease at how capitalism is changing.[2] He explains, “For the past two centuries the capitalist engine has delivered growing incomes and higher standards of living for the many. Yet things are changing, as innovation is increasingly taking the form of capital that substitutes for labour.” The innovations to which Frey refers deal mostly with the rise of computers and the automation they enable. He argues that these digital age innovations have not benefited mankind in the same way as previous innovations. He explains:

“For ordinary people, the rise in living standards was brought about by a series of scientific and technological breakthroughs culminating in the industrial revolution. While working conditions were often horrific and many technologies caused undesired disruptions, people benefited both as producers and consumers over the long-run. … In particular, the adoption of the assembly line created vast employment opportunities for low-skilled workers, and enabled corporations such as the Ford Motor Company to manufacture the model T-Ford at a sufficiently low price for it to become the people’s vehicle. By contrast, the digital revolution has mainly benefited ordinary people as consumers. While Google, Facebook and Twitter are available to all of us free, digital technologies have created only a few employment opportunities, which have largely been confined to skilled high-income workers. My own research with Thor Berger of Lund University, for example, shows that only 0.5 per cent of the US workforce is employed in industries stemming directly from 21st century innovations. So far, the digital age has also witnessed a steadily declining labour share of national income. In parallel with globalisation and new digital technologies becoming available, companies have redesigned their supply chains to draw on low-cost foreign workers. In addition, with the increasing availability of relevant big data, the scope of automation has expanded rapidly and will continue to do so. According to a recent study, some 47 per cent of US jobs are at risk of automation. It thus seems that the already raising share of income that comes in the form of profits is likely to be exacerbated. Thus, the greatest beneficiaries of the digital revolution have been shareholders.”

Frey has captured the essence of the debate that is currently raging about whether artificial intelligence and robotics are going to change the business landscape so dramatically that it will create widespread unemployment and a social crisis. For more on that topic, read my article entitled “Artificial Intelligence: Job Creator or Job Destroyer?” A group of Boston Consulting Group (BCG) analysts are more sanguine about the future than Frey and insist that the long-term prospects of emerging markets are good.[3] They write:

“Emerging markets are no longer emerging. Many of them have arrived — and they are fueling about two-thirds of global GDP growth. With young populations, growing middle classes, and rising consumption, these markets are becoming more prosperous and, despite recent headlines, more stable. In most of these markets, long-term resilience will trump short-term turbulence. … Between 2009 and 2020, the size of the global middle class will expand from 1.8 billion to 3.2 billion — and nearly all of the new members will live in emerging markets.”

Of course, the growth of the global middle class depends entirely on whether they are able to secure jobs that provide them with discretionary income. Frey worries that automation may prevent them from doing that; nevertheless, he has not given up hope. “The negative impact of digital innovations on workers is not inevitable,” he writes, “but depends on how digital technologies are designed around human capabilities.” I agree with him. For more on that topic, read my article entitled “Human-Machine Cooperation: Will It Characterize the Future?” Businesses without customers go out of business. If digitalization and automation destroy jobs and increase unemployment, the businesses that contribute to that predicament will have cut off their noses to spite their faces. I’m just optimistic enough to believe that business leaders are not so blind or so stupid that they can’t see this. Another group of BCG analysts note that many businesses are eager to enter emerging markets because they, too, believe that the middle class in those countries will continue to grow.[4] “Over the past few decades,” they write, “the rise of emerging markets — initially as sources of cheap labor and then as rapidly growing consumer markets and centers of capital investment and innovation — has caused most companies of size and stature to enlarge their global ambitions.” Frey predicts, “The most productive companies will be the ones that successfully design and implement digital technologies in ways that combine human creativity with the ability of computers to dig through masses of data.” He concludes:

“As pointed out by Shyam Sankar of Palantir Technologies, to maximize the synergies between humans and computers, companies need to design solutions around how workers and technologies interact. Instead of thinking about how a computer can solve a problem, companies ought to design the human into the process. Doing so successfully, however, requires companies to invest more in training their workforce. According to a Capgemini report, 77 per cent of companies consider the lack of digital skills a hurdle to their digital transformation. To bridge this skills gap, companies would do well in learning from the German Mittelstand — small family-run businesses. By offering academic apprenticeships, where students can study and work at the same time, the Mittelstand makes an important contribution to keeping Germany’s unemployment rate low. For ordinary people to benefit from digital technologies also as producers, companies need to work together with governments to develop educational frameworks that continuously train and retrain workers, making sure they keep pace with technological change. To make capitalism inclusive again, a Mittelstand of the digital age is needed.”

To learn more about Mittelstand enterprises, read my article entitled “The Mittelstand Model Remains Desirable.” Many pundits agree that the fate of the global economy rests on the shoulders of emerging markets and the companies that do business there. Adopting and implementing the right strategy will be difficult but not impossible. BCG analysts conclude, “Despite this concerted push to globalize, few companies are ready to build and run truly global organizations and operations.” We are quickly moving beyond the age of cheap labor into the age of man/machine cooperation and ensuring that the right strategy is implemented in emerging market countries will be critical for both specific companies and humanity as a whole. Beinhocker and Hanauer conclude, “Today our culture celebrates money and wealth as the benchmarks of success. This has been reinforced by the prevailing theory. Suppose that instead we celebrated innovative solutions to human problems. Imagine being at a party and rather than being asked, ‘What do you do?’ — code for how much money do you make and what status do you have — you were asked, ‘What problems do you solve?’ Both capitalism and our society would be the better for it.”