Home » Artificial Intelligence » Are We Getting More Positive about the Future of Work? 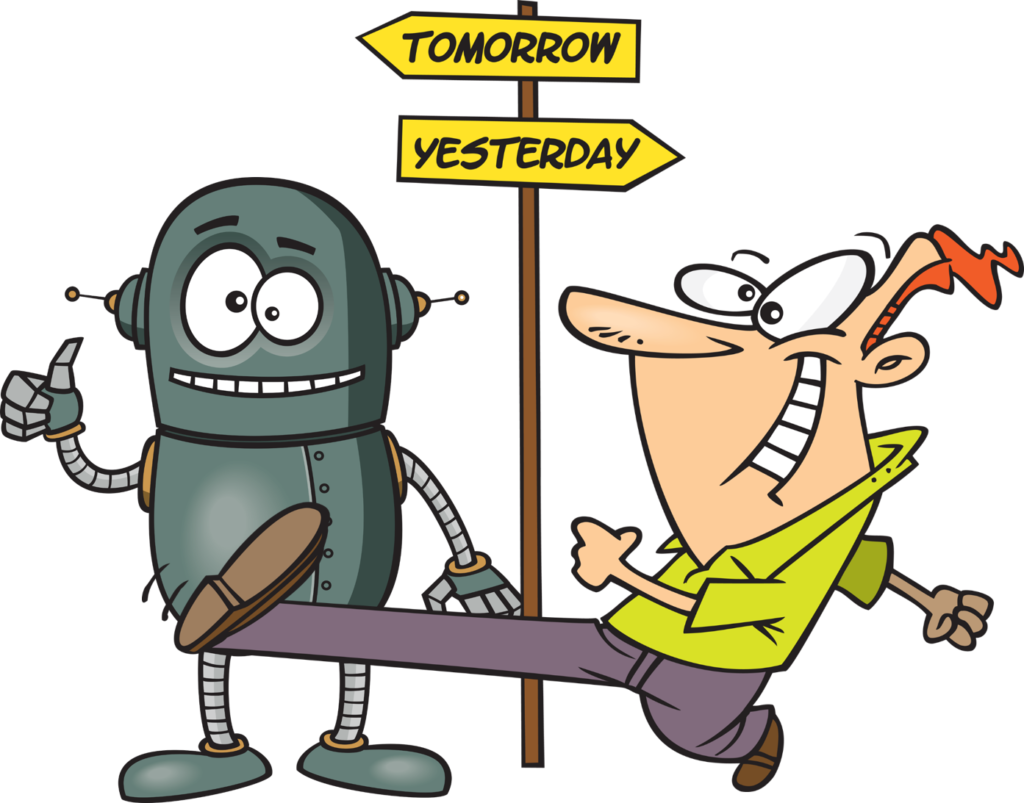 Are We Getting More Positive about the Future of Work?

For the past several years, articles about the rise of artificial intelligence (AI) have often focused on how many human jobs AI, automation, and robotics would eliminate. Some articles even paint a picture of a future in which human work is a novelty. A couple of years ago, the tide seemed to turn and more positive outlooks began surfacing. Cade Metz (@CadeMetz) wrote, “Yes, the revolution is coming. … The giants of the ‘net are rapidly advancing the art of artificial intelligence, teaching online services to recognize images, understand natural language, and even carry on conversations — the kinds of artificial intelligence that will empower robots to tackle ever-more complex tasks. … As this tech evolves, concern is certainly warranted, not only because of how these technologies will affect the workforce but because, some argue, smarter robots could wind up becoming more harmful robots.”[1] Metz noted, however, that estimates concerning the number of jobs predicted to be lost to AI and related technologies were being reduced. Clearly new technologies will continue to eliminate some jobs. It’s a pattern repeated throughout history. What remains in question is whether another pattern will be continued — namely, will new technologies create more jobs than they eliminate as they have in the past?

Optimism about the Future of Work

Around the same time Metz was publishing his article, Daniel Gutierrez (@AMULETAnalytics) reported, “One of the most interesting [results of a Narrative Science survey entitled 2015 State of Artificial Intelligence & Big Data in the Enterprise Report] was that respondents are positive about the impact it will have, with 80 percent reporting that AI-powered technologies creates jobs and improves worker performance and efficiency, while only 15 percent believe that AI eliminates jobs.”[2] Respondents to the Narrative Science survey reflected a growing optimism about the positive effects AI would on the workforce. Andrew Penn (@andy_penn), Chief Executive Officer at Telstra, penned the following about the same time the Narrative Science report was being released, “Far from being intimidated, I see great opportunity. I am a technology optimist and I believe advances in technology and connectivity are driving breakthroughs in human creativity and potential, creating new skills and new jobs and fueling entrepreneurialism and better customer service. The power of technology will make us more productive, more efficient and give us access to a whole world of new ideas. And that’s exciting.”[3]

Around this same time, Cassie Werber (@cassiewerber) was also publishing more upbeat news about the future of work. She asked, “Do machines create or to destroy work for humans?”[4] Her answer: “It’s partly this uncertainly that drives today’s worried narrative of robots making people obsolete. But the researchers conclude that, while the interaction of the job market and technology is chaotic, change is essentially more a creator of jobs than it is a force for their destruction.” Not all the news about jobs sustainability was upbeat; but, 2015 seemed to be a turning point in how analysts looked at AI and the workforce. Early in 2016, Gary Beach (@GBeachCIO) was writing, “CIOs, although adept at rationalizing the financial cost of tech investments, must now calculate another cost: the ‘social cost’ of technology deployments. Partnering with chief human resource officers, chief information officers must lead boardroom discussions on the ‘social cost’ of their deployments. Two new columns – ‘net jobs created’ and ‘net jobs eliminated’ – need to be added to ROI spreadsheets.”[5] Along those same lines, James Dellow (@chieftech), a technology strategist, wrote, “None of our previous conceptions have prepared us for the prospect of these new automation technologies coming to the workplace. Beyond considering what happens when we replace humans with robots, we have to think about the changes coming to the very nature of work as we currently know it — for the worse and possibly for the better.”[6] About this time, much more was being written about racing with rather than against machines. As Dellow noted, “Rather than thinking in terms of mechanizing the workplace or dehumanizing it, we can also think about the work we do alone and together.”

Ben Rossi (@BenRossi89) noted that human/machine collaboration was found in more and more industry sectors. “We will continue to see the rise of intelligent machines across industries,” he wrote, “but they’re not taking over our job market. It’s evident that the best results come from human-machine collaboration and businesses will continue to realize this as the results become more and more tangible.”[7] Rachel Aldred (@RachelAldred), senior lecturer in transport at Westminster University in London, told Adam Jezard (@jezardscribe1), “Jobs do change all the time, just because you have a technological change doesn’t necessarily lead to a shrinkage in jobs, it is just different skills are required.”[8] And Stephen Page, a professor at Bournemouth University, told Jezard, “There is a role for human creativity, to create more forms of human employment so you’re constantly generating new areas in the job market.”

The positive outlook towards human/machine collaboration and the future of work continued in 2017. Barbara Kollmeyer (@bkollmeyer) asked, “Concerned about job-eating robots?”[9] She added, “You’re wasting that anxiety. That’s according to Marc Andreessen, who co-founded venture capital group Andreessen Horowitz. … That robots will replace people en masse is simply a ‘fallacy,’ he said.” Leslie Willcocks (@LSEManagement), Professor of Work, Technology and Globalization at the London School of Economics, stated, “There’s little doubt that the world is becoming more technologically savvy than ever before. … My research, conducted with my colleague Mary Lacity, focuses on the impact Robotic Process Automation (RPA) has had on organizations so far, and attempts to provide perspective on the bigger picture of automation and the future of work. The key finding is that, for automation to be used effectively, it must be guided by human intelligence.”[7]

Zia Qureshi, a Nonresident Senior Fellow at the Brookings Institution, writes, “New technologies — namely, digitization, robotics, and artificial intelligence — have far-reaching implications for employment. But, contrary to how the story is often framed, a happy ending is possible.”[11] Qureshi believes the historical trend of technology creating more new jobs than it destroys will continue. That doesn’t mean all the news is good. Jobs will be eliminated putting a lot of people out of work who probably won’t be prepared to fill newly created jobs. Qureshi explains, “While new technologies reduce demand for low- to middle-skill workers in routine jobs, such as clerical work and repetitive production, they also raise demand for higher-skill workers in technical, creative, and managerial fields. Given this, the evolution of work should be viewed as a process of dynamic adjustment, not as a fundamentally destructive process that we should seek to slow.” He continues, “So far, education and training have been losing the race with technology. … To address these shortcomings, education and training programs must be revamped and expanded. As the old career path of ‘learn, work, retire’ gives way to one of continuous learning — a process reinforced by the aging of many economies’ workforces — options for reskilling and lifelong education must be scaled up.” I agree with that assessment. I fall in the camp of those who are optimistic about the future. My optimism is only qualified by a nagging concern that the public sector won’t provide sufficient funds for retraining and reskilling workers to fill new job openings. Private/public partnerships are likely to be required to meet the challenge.