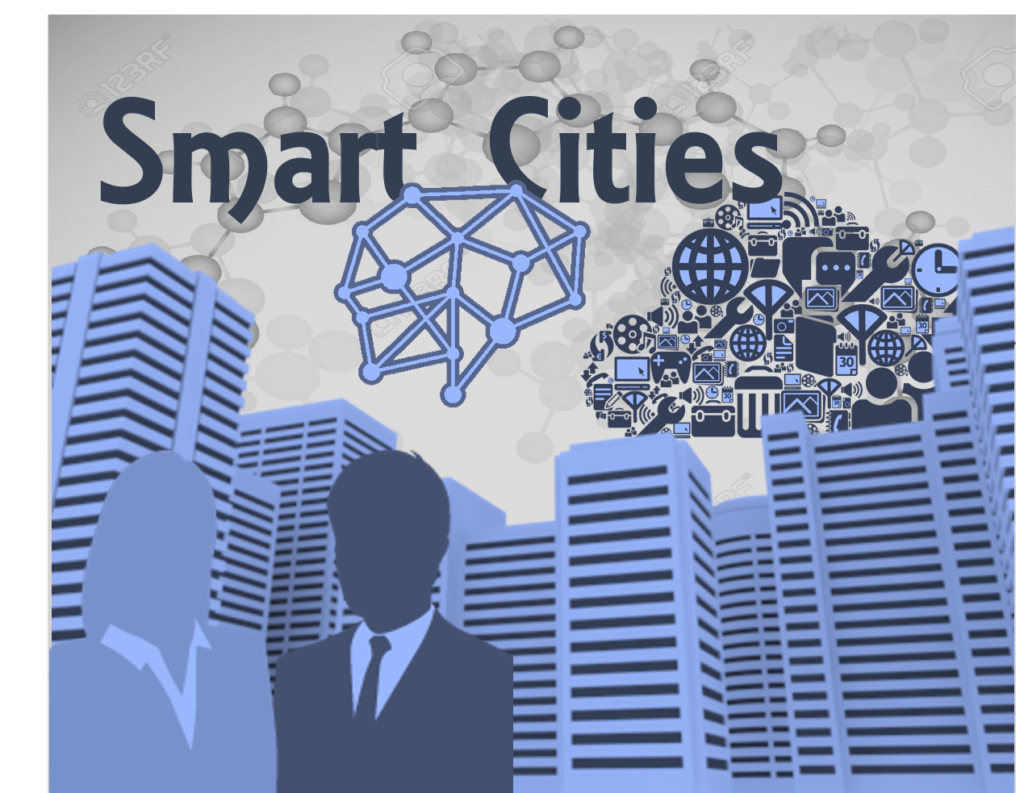 From Smarter Cities to Smart Cities

“I think the Internet of Things is real.” That comment was uttered by an unidentified participant earlier this year at the RSA Conference in San Francisco and overheard by John N. Stewart, senior vice president & chief security and trust officer at Cisco. Robert Vamosi (@robertvamosi) reports that Stewart’s response to the statement was one of incredulity. “It’s like I don’t know what denial phase you were in until this moment,” Stewart exclaimed, “but it is [real].”[1] He also told conference participants that the Internet of Things (IoT) would be the foundation upon which smart cities would be built, but he explained that the process would evolutionary rather than revolutionary. “I think the dilemma has been how we’ve defined [smart cities],” he told them. “It’s the picture we paint, which is smart cities have buildings with full systems control and everything in your house has some sort of IP address. I think that’s part of the reason there’s this slow absorption — even as quick as it is — and is being missed by some people.” Stewart’s position is that cities are evolving and getting smarter every day. As I noted in a previous article (“Turning Normal Cities into Smart Cities“), Didier Manning, Global Smart City Program Manager for Bosch Software Innovations GmbH, embraces a similar position to Stewart’s. “The transformation from a ‘normal’ city to a ‘smart city’,” Manning writes, “is more evolution than revolution.”[2] Stewart believes this evolutionary approach is a good thing. “I believe where there’s a way by which you get smarter cities before you get a smart city,” Stewart said. “Which is encouraging, candidly, because if smart cities needed everything to happen all at once, from an industrial standpoint it wouldn’t. And, all things considered, we’re still experimenting so you don’t want to try and do everything at once. You actually want to take it a little piece at a time.”

The two most important pieces of the smart city puzzle are already in place in most developed-world cities — a reliable electric grid and broadband connectivity. Every city will need those puzzle pieces if they are going to become smarter in how they operate. That holds true for industries and households as well. Adie Tomer (@AdieTomer) and Rob Puentes (@rpuentes) correctly point out, “No industry or household in the world, will reach their future potential without access to broadband, it is the electricity of the 21st century.”[3] Areg Bagdasarian (@aregb18) adds, “Technological innovation coupled with smart connectivity that leverages the growing Internet of Things, can solve actual pain points related to traffic congestion, waste/pollution management and energy efficiency that will take city livability to new levels.”[4] Eran Eshed, co-Founder and Vice President of Marketing and Business Development at Altair Semiconductor, observes that the momentum behind the smart city movement is being accelerated by the acceptance of smart household devices.[5] He writes:

“Just a few years ago, the concept of a smart city — or one that uses wireless technology to increase communication between various sectors, city planners and consumers — seemed like it was light years away from becoming a reality. Things have certainly changed. A recent report from Gartner shows the smart city movement, led by the Internet of Things (IoT) is quickly picking up steam and is on the verge of undergoing exponential growth. According to Gartner, the number of connected devices in operation across global smart cities will reach 1.1 billion in 2015; and by 2020, this figure will balloon to 9.7 billion. What’s driving the rapid acceleration of connected devices in urban areas? The residential consumer market is playing a big role, as urban citizens are increasingly relying on connected devices to streamline daily tasks, save money, reduce waste and gain a better understanding of their environments.”

Eshed goes on to discuss some of the leading residential consumer IoT technologies that are available today.

Eshed could also have included video doorbells that can reveal who is on the door stoop and can be answered remotely via mobile technology and garage doors that can alert users when they are left open and can be operated using a smartphone. Eshed adds, “Convenience alone is not the sole driver of the connected device market, however, as there is a much bigger need the IoT is helping to address. Right now, city planners are facing a great deal of pressure in trying to balance the increasing trend of urbanization with challenges related to scarce resources, rising energy costs and sustainability issues.” John Eger (@jeger62), a professor of Communications and at San Diego State University, believes that cities could get smarter if they would think bigger (i.e., beyond city lines) and include surrounding communities in their plans.[6] He explains:

“Every city it seems, wants to be a ‘Smart City’ by using technology to solve our current problems of water use and supply, energy consumption, transportation efficiency, mobile healthcare, police, fire, and safety; and to lay the foundation — certainly the bandwidth — for future savings of the city and increased revenues for businesses and individuals. While the savings and the increased revenue streams appear attractive, the difficulties appear insurmountable. In part, because the ‘City of the Future’ is not a city at all, but a powerful economic region; and, [utilizing] the ‘Internet of Everything’ (IoT), where everything is connected to everything else and through the Internet, cities will be able to offer services unheard of today, is critical to the entire region.”

From the discussion above, it should be clear that there are a number of stakeholders that must be involved in order to make cities smarter on their way to becoming really smart. Those stakeholders are found in the governmental, commercial, and private sectors. If any one of those stakeholder groups is omitted from planning and implementing smart city agendas, desired objectives will take longer to achieve or will never come to fruition at all. An evolutionary regional approach is the most logical and most affordable strategy to pursue. Eger concludes, “To date, city leaders have not awakened to the challenges and the opportunities before them. But cities must begin. Embracing technology, identifying opportunities, and finding more ways to collaborate at the state, county and city level is key to our nation’s success and survival.”