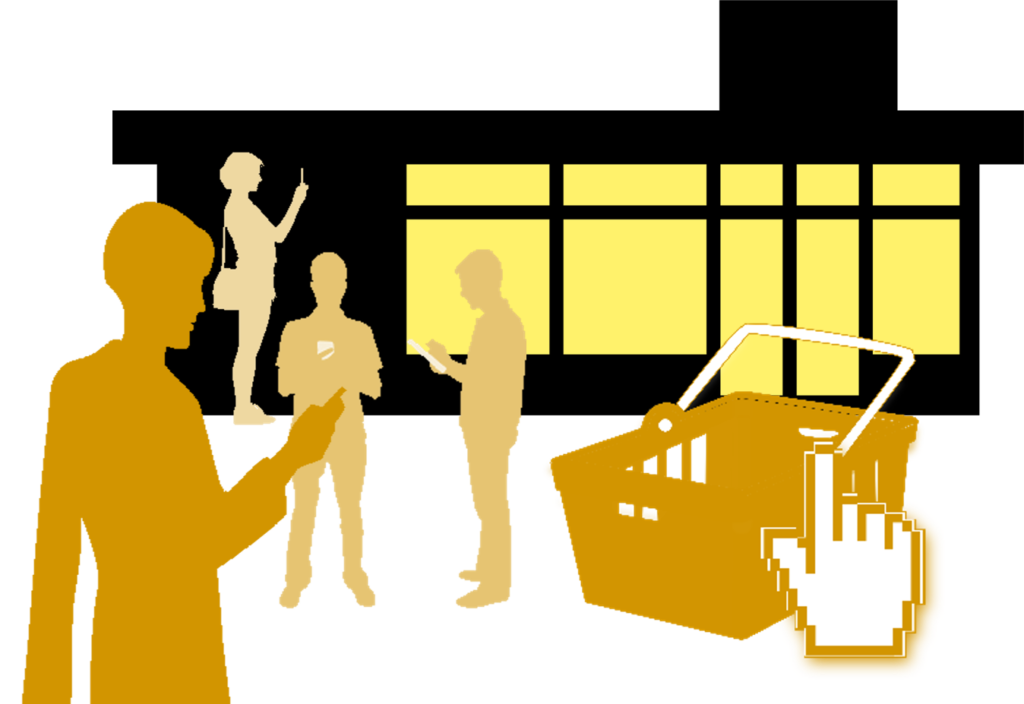 To say it’s been a bad year for traditional brick-and-mortar stores is to understate the situation. Suzanne Kapner (@SuzanneKapner) reports, “American retailers are closing stores at a record pace this year as they feel the fallout from decades of overbuilding and the rise of online shopping.”[1] She notes one of the reasons traditional retail stores are in trouble is of their own making. “The seeds of the industry’s current turmoil date back nearly three decades,” she explains, “when retailers, in the throes of a consumer-buying spree and flush with easy money, rushed to open new stores. The land grab wasn’t unlike the housing boom that also was under way at that time.” Most analysts believe, however, the primary reason traditional stores are in trouble is because of emergence of the digital path to purchase. As a result of these two factors, Mark Cohen, the director of retail studies for Columbia Business School, told Kapner, “There is no reason to believe that this will abate at any point in the foreseeable future.” Although that sounds like Cohen is drafting a eulogy for brick-and-mortar stores, such an effort could be premature.

The Rise of the Digital Path to Purchase

When online shopping first became a possibility, retailers’ response was to digitize their print catalogs and make consumers call in to place orders. As the Internet matured, the digital path to purchase became much more refined and differentiated from the traditional shopping experience. Sandy Skrovan (@SandySkrovan), founder of Gluten Free Retail HQ, writes, “Let any doubt about the disruptive nature of digital shopping be laid to rest. … Consumers have spoken, and they say they’re more likely to shop for almost all types of products online instead of in stores, according to Retail Dive’s Consumer Survey.”[2] She adds, “Whether to research products, compare prices or actually make a purchase, shopping is increasingly going the way of the web.” Christopher Mims (@mims) adds, “With brick-and-mortar stores closing at a record pace, retail in the U.S. feels like it’s at a tipping point. Many of the stores that once filled the malls of America have become ‘zombies,’ while online retailers capture ever more of the most valuable consumers — the young and affluent.”[3] Anne-Lindsay Beall (@annelindsayb), the Senior Editor of External Communications for SAS, observes, “Consumers are connected, devices are connected. It’s the Internet of Things (IoT), and it’s going to have a massive impact on our lives. It’s already having an impact in retail, with more to come as retailers adopt new technology and uses.”[4]

Although Skrovan seems to add her voice to the chorus lamenting the death of traditional retail, in another article about Retail Dive’s Consumer Survey, she sings another tune. “Everyone knows online shopping has never been easier or more accessible,” she writes. “But despite the surge in e-commerce capabilities, mobile applications and other technology advancements — including voice-activated shopping and the proliferation of Amazon Dash buttons — the majority of American consumers still want the tactile experiences offered by physical stores. The ability to see, touch and feel products as well as take items home immediately rank highest among the reasons consumers choose to shop in stores versus online, according to Retail Dive’s Consumer Survey.”[5] Online retailers have taken notice. Apple’s stores remain popular. Amazon is opening brick-and-mortar stores as are other online retailers. Eliot Brown (@eliotwb) reports, “Specialty web retailers [are] shifting to brick-and-mortar stores after finding the pool of online buyers is only so deep.”[6] He adds, “The turnabout might seem counterintuitive for startups that trumpet low prices by cutting out the middleman. But they are discovering that maintaining customers and finding new ones online is more challenging and costly than expected. Retail stores allow them to lower their advertising and marketing budgets and limit pricey returns.”

The emerging reality for retailers is that they are entering an omnichannel world. Dan Wilkinson, chief commercial officer of 1WorldSync, insists retailers are at a turning point where omnichannel will move from aspirational to essential.[7] He explains, “The word ‘omnichannel’ has been one of the most talked about concepts in the world of retail in recent years, but it may finally be behind us. Retailers have had a few years to invest in the selling experience on multiple channels, and the margin for error is significantly smaller than it used to be. Consumer data backs up the importance of nailing the omnichannel experience: Shoppers who interact with companies across multiple channels spend 18-36% more than customers who interact with only one channel.” Mims believes companies founded as online retailers have an advantage in the omnichannel world. Nevertheless, he writes, even though “e-commerce startups are … confident about their own future [it] doesn’t mean they are right about the fate of traditional retailers. … It isn’t hard to picture today’s e-commerce companies becoming brick-and-mortar retailers. It’s harder to bet on traditional retailers becoming as tech savvy as their e-competition.”

Mobile is the key technology in the omnichannel, digital path to purchase world. Skrovan, in yet another article, explains, “The shopper journey continues to evolve as the path to purchase increasingly crosses between physical and digital worlds — and as consumers today bounce between stores, desktops and mobile devices, retailers are working to devise seamless omnichannel experiences to best serve these changing behaviors. … It’s not unusual these days for the path-to-purchase to have multiple touchpoints crossing between the physical and digital worlds.”[8]

The omnichannel, digital path to purchase world is one in which retailers need to get comfortable. Wilkinson observes, “The retail market is more crowded and competitive than ever. Consumers can purchase almost anything, anytime, anywhere, and that trend is only going to accelerate.” Mims believes leveraging big data and advanced analytics are essential for physical retailers as they try to survive in this new business environment. He writes, “Physical retailers must catch up to online retailers in collecting rich data without making it feel so intrusive. … Online retailers know what’s popular, and how customers who like one item tend to like certain others.” Skrovan concludes, “With the exception of household essentials, most product categories have reached the online shopping tipping point — where a greater share of consumers prefer to shop online than in stores. That doesn’t mean that consumers have fully made the shift and are actually buying more products in stores than online — at least not yet. But consumers are showing an increasing willingness and preference for the ease and effectiveness of online shopping, and trends suggest that will only continue into the future. Above all, these findings substantiate the urgency with which retailers must work to create a seamless omnichannel shopping experience — because shoppers expect no less.”