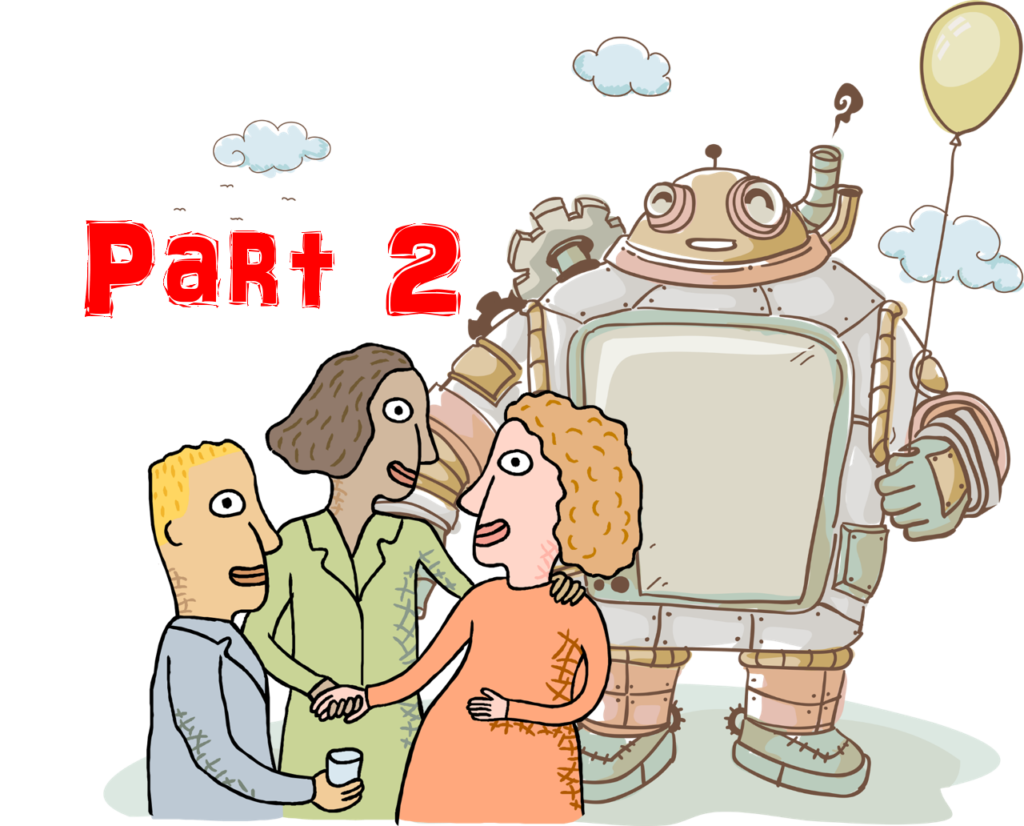 “Throughout our history we Americans have stood out by embracing the future and rising to big challenges,” write MIT’s Andrew McAfee (@amcafee) and Erik Brynjolfsson (@erikbryn). “Let’s not stop now.”[1] One of the big challenges to which they refer is jobs sustainability in a future characterized by artificial intelligence (AI), automation, and robotics. In Part 1 of this article, I discussed some of the issues being raised about the future work environment and focused on education and training, one of six pressing issues identified by Tucker Davey. The other issues are: community impact, job polarization, contingent labor, shared prosperity, and economic concentration.[2] In this article, I want to provide an overview of those issues.

For a fuller discussion of the challenges involved in the area of education and training, read Part 1 of this article. As I noted in that article, Harry Holzer, the LaFarge SJ Professor at the McCourt School of Public Policy at Georgetown, offered three recommendations. They are: First, students should receive strong general training in ’21st century skills’ whenever they receive occupation — or industry-specific training. … Second, if and when these displacements do occur, we should have more robust models of ‘lifelong learning’ available to such workers to provide them with better retraining options than now exist. … Third, for displaced workers for whom retraining is not a realistic or appealing option, temporary income supports in the form of unemployment and especially wage insurance are more sensible policy options than the public provision of a universal basic income.”[3] He concluded that public/private partnerships needed to be implemented to ensure the programs are teaching the right skills in the right areas to help foster full employment.

Changing business environments have always had differing impacts on communities. In the United States, Davey observes, “Manufacturing jobs are concentrated in specific regions where employers keep local economies afloat. Over the last 30 years, the loss of 8 million manufacturing jobs has crippled Rust Belt regions in the U.S. ― both economically and culturally.” He then looks at how one specific technology — driverless vehicles — could impact communities. “Today,” he writes, “the 15 million jobs that involve operating a vehicle are concentrated in certain regions as well. Drivers occupy up to 9 percent of jobs in the Bronx and Queens districts of New York City, up to 7 percent of jobs in select Southern California and Southern Texas districts, and over 4 percent in Wyoming and Idaho. Automation could quickly assume the majority of these jobs, devastating the communities that rely on them.” On the other hand, the trucking industry has been suffering from a shortage of drivers over the past few years. Driverless vehicles could help ease that shortage. Wayne Risher (@gwrisher) reports Fred Smith, founder and CEO of FEDEX, told students at the University of Memphis that the most likely solution to the challenge is a human/machine partnership.[4] He is referring to a convoy system wherein a truck driven by a driver is accompanied by a number of driverless vehicles. Davey’s broader point is nevertheless a valid one. Communities, like the workers that live in them, are going to be impacted in different ways by AI, automation, and robotics. Now is the time to start thinking about mitigating those impacts.

Davey reports, “Employment is currently growing in high-income cognitive jobs and low-income service jobs, such as elderly assistance and fast-food service, which computers cannot automate yet. But technology is hollowing out the economy by automating middle-skill, working-class jobs first.” Almost all experts agree with Davey on this point. In addition, they almost all agree that maintaining a prosperous middle-class is essential the economic well-being of the country. What they can’t agree upon is how to ensure that people working in disparate jobs, requiring disparate skills, can make a decent living that bolsters the middle class. McAfee and Brynjolfsson believe, “The right policies … can give us the best of both worlds: all the benefits that come from the AI breakthroughs of today and tomorrow and jobs that provide people both dignity and a good paycheck.” Unfortunately, people can’t agree on what those policies are.

Davey insists that good policies are also required to protect workers in the new gig economy. “Increasingly,” he writes, “communications technology allows firms to save money by hiring freelancers and independent contractors instead of permanent workers. This has created the ‘gig economy’ — a labor market characterized by short-term contracts and flexible hours at the cost of unstable jobs with fewer benefits. By some estimates, in 2016, one in three workers were employed in the gig economy, but not all by choice. Policymakers must ensure that this new labor market supports its workers.” Tom Vander Ark (@tvanderark), CEO of Getting Smart, agrees we need to start preparing our children for a future in which a significant portion of the workforce freelances, moving from project to project as their interests change. “Four of 10 young people in high school will end up freelancing,” he claims, “another four will manage projects inside organizations — either way, it’s a project-based world.”[5]

“Automation has decoupled job creation from economic growth,” writes Davey, “allowing the economy to grow while employment and income shrink, thus increasing inequality. [Moshe Vardi, a computer science professor at Rice University,] worries that AI will accelerate these trends. He argues that policies encouraging economic growth must also support economic mobility for the middle class.” That’s easier said than done. Some people recommend establishing a universal basic income as a safety net for massive unemployment due to automation. Others, like Bill Gates, suggest a robot tax to help provide funds to help displaced workers. Matt Simon sums up the situation this way, “A robot tax isn’t going to save jobs, but the idea is that it could help cushion the impact of mass automation by funding a universal basic income. Or it could fund job retraining — assuming jobs will still exist to be retrained for. Or, say automation advocates, a robot tax could hurt the economy in the name of saving it.”[6] All stakeholders — politicians, workers, companies, and academics — need to cooperate in solving this approaching dilemma.

Politicians around the globe have taken notice that a few big companies like Amazon and Alibaba are looking more and more like monopolies. It worries them. It also worries Professor Vardi. Davey explains, “Technology creates a ‘winner-takes-all’ environment, where second best can hardly survive. … Startups and smaller companies struggle to compete with these giants because of data. Having more users allows companies to collect more data, which machine-learning systems then analyze to help companies improve. Vardi thinks that this feedback loop will give big companies long-term market power. Moreover, Vardi argues that these companies create relatively few jobs. In 1990, Detroit’s three largest companies were valued at $65 billion with 1.2 million workers. In 2016, Silicon Valley’s three largest companies were valued at $1.5 trillion but with only 190,000 workers.” Communities have to figure out how to foster innovation and entrepreneurship in order to create jobs where jobs are most needed. I predict a lot more attention will be given to creating new jobs than protecting current jobs in the decades ahead.

As I noted in Part 1 of this article, jobs sustainability remains a concern — and it should be a concern. McAfee and Brynjolfsson conclude, “Tech progress has changed our economy a lot over the past generation, and will change it even more quickly in the years to come. But AI, as impressive and powerful as it is, won’t take over all human work any time soon. Instead of trying to prepare for a jobless future, we should instead be preparing for one that’s a turbocharged version of what we already have: a job creation engine that has shifted into a lower gear, and a large number of people tempted to sit on the sidelines rather than contributing their skills to the economy. These are serious problems, but not insurmountable ones.”