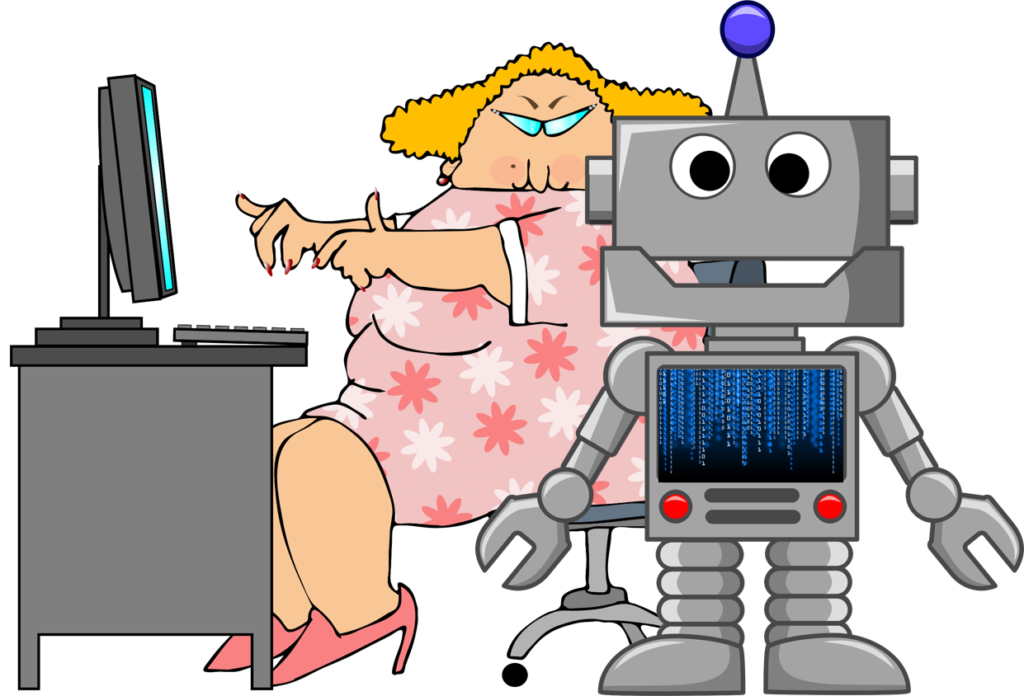 Humans have always had a love/hate relationship with machines. People who labored performing routine, tedious tasks but wanted to do something more fulfilling with their time loved it when machines were finally invented relieving them from the tedium. On the other hand, people whose livelihoods depended on doing those tasks have hated it when machines made them redundant and put them out of work. Love it or hate it that pattern is going to continue in the digital age. Andrew Ng (@AndrewYNg), a well-known AI expert and founder of Coursera, explains, “The broader pattern is that in any task in which a lot of people are doing relatively routine, repetitive work, that creates a very strong incentive for AI teams to come and automate that task. There is one other rule of thumb, which is that almost anything a typical human can do with less than one second of mental thought, we can probably now or in the near future automate using AI.”[1] Ankur Kothari (@ankur_786), Co-founder and Chief Revenue Officer at Automation Anywhere, asks, “Are you ready to lead a workforce that consists of both humans and bots? You should be. After all, the day is approaching when many of your knowledge workers will be robots.”[2]

Kothari explains the “robots” to which he refers are not “humanoid metallic machines” but “software robots, commonly referred to as bots, which will work inside machines to invisibly support your human employees — and, not incidentally — take your company to the next level.” These bots are involved in activities commonly placed in a category known as robotic process automation (RPA). He notes, “A 2016 survey by Cap Gemini [found] most (86 per cent) organizations say robotic process automation can significantly reduce costs, reduce risk, and increase compliance. Other benefits (say 89 percent of businesses) include enhanced effectiveness and efficiency. A full 91 percent believe RPA improves the quality of work produced.” That’s what he means when he writes bots can “take your company to the next level.” Gal Horvitz, senior vice president of digital at Genpact, adds, “RPA is particularly appealing for companies that are juggling with millions or even billions of transactions a day. With such an overwhelming amount to deal with, they often struggle to effectively manage important tasks like addressing customer requests, processing files, moving information between different systems, allocating work and making decisions. But RPA promises to help some organizations alleviate the challenge and operate more efficiently by automating, and thus accelerating, transaction processing.”[3]

“The key to RPA,” writes Stephen Armstrong, “is that the robot slots into a company’s existing IT system, logging on as if from a desk and mimicking the behavior of a human employee.”[4] He goes on to explain “the numbers are enticing” for companies that adopt RPA. “Research from KPMG suggests RPA offers a 40 to 75 per cent reduction in costs,” he reports. “RPA-based processes run non-stop, 24 hours a day, 365 days a year and they’re fast. According to Raja Subramanian, group enterprise architect at tech services company Xchanging, robots processing insurance-related tasks can clear more than 30,000 cases a month, reducing processing time from five minutes to less than ten seconds.” One concern analysts have about RPA is that it will put millions of people out of work. Armstrong reports, “KPMG estimates that approximately 100 million workers may be replaced by RPA robots over the next ten years.” Horvitz believes, however, that humans in loop remain important. “After you’ve automated all the transactions you can via RPA or dynamic workflows,” he writes, “sometimes there are transactions with exceptions outside of the configured automation and established business rules. It’s at these times that a human decision maker has to step in and determine how to move forward. Fortunately, they don’t have to blindly decide on a course of action and just hope for the best. Using existing data and algorithms, predictive analytics can show them what the different options are and how each respective decision would impact the company.” The capabilities to which he refers are found in cognitive computing platforms. In discussions with clients, I’ve found many of them want to move beyond RPA and make their processes smarter not just automated. They want Cognitive Process Automation™ (CPA).

Although displacing millions of workers is a genuine concern, many analysts believe process automation will augment rather than replace workers. This is especially true when cognitive process automation is involved. Kothari notes, “When integrated with cognitive capabilities, RPA can move beyond simply automating standardized business processes to understanding the context for — and making — important business decisions.” David Wright, director in robotic and cognitive automation at Deloitte, told Armstrong, “With RPA you can take, say, 60 per cent of your core rules-based repetitive tasks and get the robot to do that, or to do the most boring steps in a process, and just take the repetitive work away from employees.” David Weldon (@DWeldon646) reports many workers welcome this kind of collaboration. “While many recent studies have suggested there is wide-spread fear that artificial intelligence and automation will be major job slashing technologies,” he writes, “a new report from Randstad US contradicts those conclusions. The 2017 Randstad Employer Brand Research found that only 14 percent of U.S. employees worry that automation will take their job away, and nearly one-third (30 percent) say they think automation will make their job better.”[5] Milan Sheth (@MilanShethLive), a Technology Sector Leader at EY India, adds, “Only a limited set of jobs are likely to be performed by BOTs. Tasks that are repetitive in nature can be executed by BOTs in time and cost efficient way, allowing humans to concentrate on core business objectives. The powerful combination of BOTs and a human workforce should be seen as a true Digital workforce as they complement each other’s capabilities.”[6] He continues:

“Digital workforce can make a difference by realizing benefits of both the worlds. On one side, robots can deliver repetitive, deterministic and high-volume tasks efficiently. They can bridge the gap between desktop/human solutions and the (expensive) core IT platforms. They can reach 50% to 70% cost reduction for high-frequency tasks with little judgement. On the other side, people are the ones able to build relationships, provide subjective judgement, deliver tasks with low frequency, handle exceptions and manage changes and improvement.”

Sheth concludes, “Digital workforce is not about Bots replacing humans. The true value of Digital workforce lies in giving existing employees more freedom to perform strategic and qualitative decision making. By eliminating as much as 20% of staff capacity, Digital workforce can help create opportunities for new initiatives and provide the impetus for employees to think differently about their jobs. The new operating model will be about finding the right balance to harness the full potential of Digital workforce.” Cognitive Process Automation is a great way to augment your workforce, improve corporate efficiency, and make better decisions. MIT’s Erik Brynjolfsson (@erikbryn) insists, “Racing with the machine beats racing against the machine. Technology is not destiny. We shape our destiny.”[8]