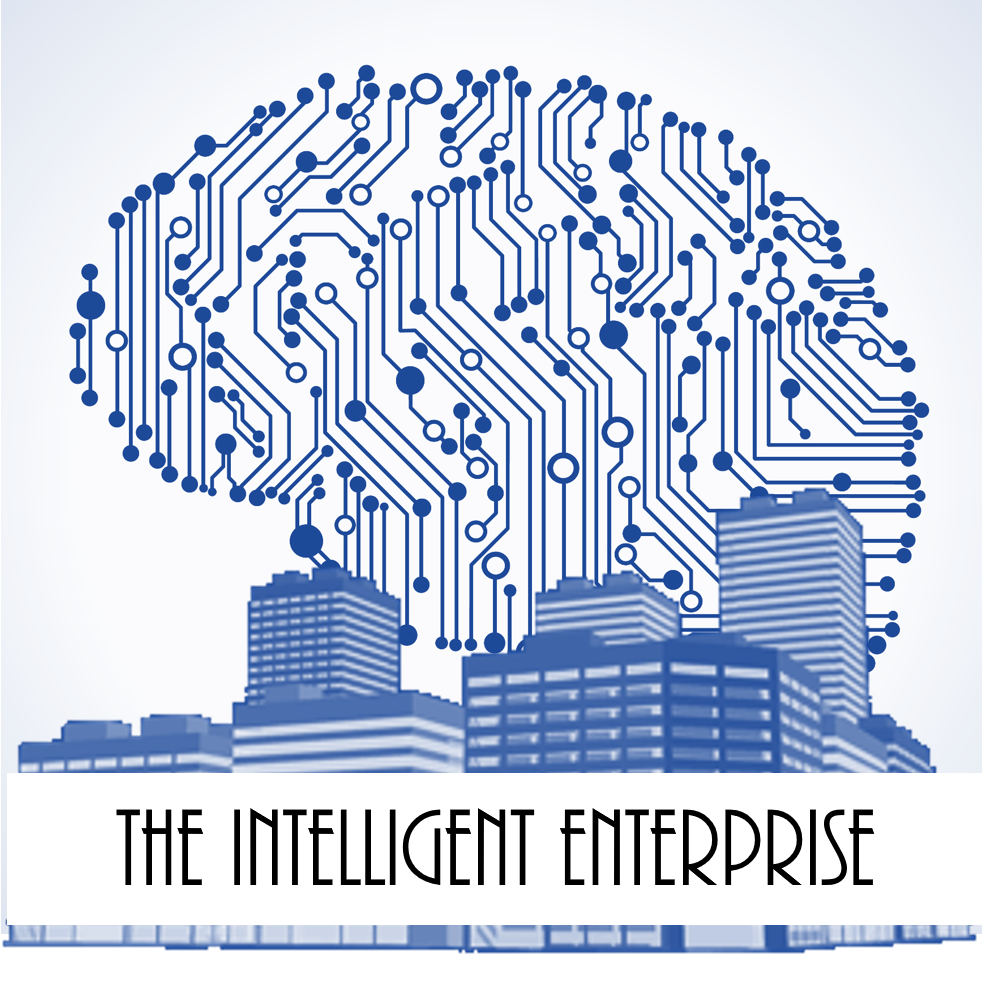 Cognitive Computing and the Rise of the Intelligent Enterprise

More and more is being written about the need for industrial age organizations to transform themselves into digital enterprises. With the maturation of cognitive computing, organizations can now aspire to go beyond digitization and become intelligent enterprises. Making that transformation, however, does not simply involve buying new technology. Thomas H. Davenport (@tdav), a Distinguished Professor at Babson College, and Julia Kirby (@JuliaKirby) insist linking cognitive computing “offerings to an organization’s business needs requires a deep understanding of their capabilities.”[1] Dan Briody, Senior Editor of THINK Leaders, defines cognitive computing as “systems that learn at scale, reason with purpose, and interact with humans naturally.”[2] He continues:

Some people are not comfortable with the term “cognitive computing” because they believe it implies that computers are “thinking” and possess some form of sentience. For example, Tom Austin, a Vice President and fellow at Gartner, writes, “‘Cognitive’ is marketing malarkey. It implies machines think. Nonsense.”[3] And Shailendra Kumar, a partner and Asia Pacific distribution leader for IBM Cognitive Solutions, states, “Computers might not possess cognitive abilities, but they are capable of executing operations which completely rely on human perceptions.”[4] There is a difference between a cognitive system and a sentient system (i.e., a system that demonstrates self-awareness). Cognition is defined as “the action or process of acquiring knowledge and understanding through thought, experience, and the senses.” Of course, that definition has to be modified slightly when applied to a “cognitive” machine. A cognitive system is a system that discovers insights and relationships through analysis, machine learning, and sensing of data. Cognitive computing systems not only improve enterprise decision making they can make autonomous decisions as well. As Kumar notes, “Whether it is business security, critical processes or customer experiences, it is possible to utilize the power of automation. From handwriting recognition, face identification and behavioural pattern determination to any task requiring cognitive skills, computers are capable of delivering the right solutions.” Davenport and Kirby add, “Clearly, the level of intelligence of smart machines is increasing. The general trend is toward greater autonomy in decision making — from machines that require a highly structured data and decision context to those capable of deciphering a more complex context.” An “advertorial” in the Economic Times notes, “Cognitive computing brings the ability to mimic the human brain, to learn, to understand in context and be more of an assistant than a tool. It understands (by sensing and interacting with data), reasons (generating hypotheses and recommendations) and learns (what the lessons from masses of data are). … The idea of being able to take knowledge from different sources, bring it together, and be able to take advantage of large volumes of data and understand it without human involvement in every step — has been an area that computer scientists have tried to figure out for decades. It is this cognitive capacity that will revolutionise computing as we know it.”[5] The article continues:

“From a business standpoint, cognitive solutions also address a major problem — while data is available with enterprises, there is no way to quickly or intelligently make sense of the data in a way as to learn from it. Though it is a matter of common sense that data is the best touchstone for decision-making, cognitive systems keep on learning and adapting, and bring more certainty to business — in a volatile, changing world. Cognitive systems create a world of possibilities by rendering structured and unstructured data useful, uplifting it from being something to be merely recorded. It does this by making sense of data to provide intelligent insights, handing enterprises a competitive weapon. A cognitive business can engage with people more fully, provide elevated levels of expertise across subjects, uncover patterns not possible through traditional computing systems, enable fine-tuning to suit individuals, lower costs of expertise, bring more certainty to business and change the odds of high stakes research in the areas of drug development, complex financial modeling, materials science and innovation to name a few.”

Bernard Marr (@BernardMarr), a Strategic Performance Consultant, notes that cognitive computing systems have obvious benefits in the fields of medicine, finance, law, and education. He adds, “These systems will also be applied in other areas of business including consumer behavior analysis, personal shopping bots, customer support bots, travel agents, tutors, security, and diagnostics.”[6] Because cognitive computing has such widespread application, the Economic Times article states, “Radical advances in artificial intelligence, along with greater processing power, are pushing cognitive computing and deep learning into the mainstream, and it definitely makes the case for it to be brought into play.”[7] Bob Violino (@BobViolino) notes that an International Data Corp (IDC) study concluded, “Cognitive computing is one of six ‘innovative accelerators’ that will drive digital transformation by opening new revenue streams, creating information-based organizations, and changing the way work is performed.”[7] As a result, “IDC forecasts global spending on cognitive systems will reach nearly $31.3 billion in 2019, with a five year compound annual growth rate (CAGR) of 55%. More than 40% of all cognitive systems spending throughout the forecast will go to software, which includes both cognitive applications (text and rich media analytics, tagging, searching, machine learning, categorization, clustering, hypothesis generation, question answering, visualization, filtering, alerting, and navigation) and cognitive software platforms, which facilitate the development of intelligent, advisory, and cognitively enabled solutions.”

Susan Feldman (@susanfeldman), CEO of Syntexis Cognitive Computing Consortium, told participants at KMWorld 2015 that cognitive computing systems were designed to analyze big data.[8] She explained, “They understand human language on multiple levels. They uncover relationships across sources. They understand and filter by context. They find patterns in the data that you didn’t know existed. They find the black swans among the white swans, the surprises. This is extremely valuable to competitive organizations, governments, and individuals. They learn from new information and new interactions. As you use the system, it gets better — we hope.” She continued:

“What are the problems that cognitive computing attacks? They’re the ones that we have left on the table because we can’t put them into neat rows and columns. They’re ambiguous. They’re unpredictable. They’re very human. There’s a lot of conflicting data. There’s no right and wrong, just best, better, and not such a good idea but maybe. This data requires exploration not searching. You just have to keep poking at it and shifting things around.”

Feldman understands what most business executives will eventually come to understand — becoming an intelligent enterprise will be an imperative in the years ahead.