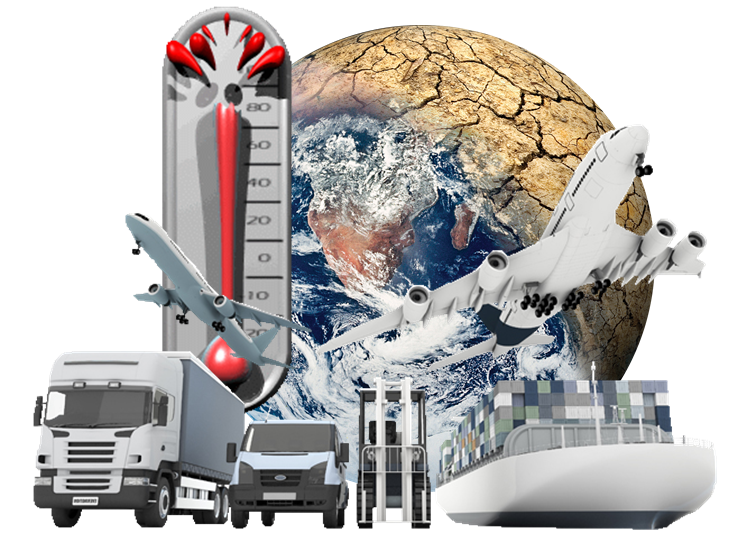 There is growing concern about the global effects of climate change, even among climate change skeptics. Last year was the hottest on record in modern times. Extreme weather events continue to occur as do unusual weather patterns (like California’s lingering drought and Boston’s snow accumulation). Supply chain managers need to understand how climate change can pose a risk to supply chains and figure out how to prevent or mitigate disruptions caused by weather-related activity. In the “Environmental Risks” section of the World Economic Forum’s Global Risks 2015 report, the top concerns over the next decade include: extreme weather events; failure of climate-change adaptation; natural catastrophes; biodiversity loss and ecosystem collapse; and man-made environmental catastrophes. None of those risks are expected to diminish over the next decade. The report states:

“Over the past decade, awareness has grown regarding the threats posed by environmental change to social, political and economic security. … The Intergovernmental Panel on Climate Change notes that weather extremes in food-producing regions are already causing price increases and suggests that the impact of climate change on weather patterns and rainfall — causing either floods or droughts — could cut crop yields by up to 25%. The nexus of food, water, energy and climate change has been identified by the US National Intelligence Council as one of four overarching mega trends that will shape the world in 2030.”

Srini Vasan, CEO of eShipGlobal, notes, “Staying ahead of potential risks before they become real threats is merely part of the deal when you run a business.”[1] Vasan acknowledges that staying ahead of the game isn’t easy because there are so many “factors that you can’t anticipate — much less control.” He continues:

“For example, how does a successful business prepare for or even begin to respond to factors that can disrupt the production of essential raw materials such as agriculture, fuel or mining and metals commodities? By knocking out this first essential step, the entire supply chain collapses before it’s even fully formed.”

Vasan’s greatest concern is what he calls the “Big C” — climate change. He explains:

“Businesses often overlook this critical piece, adopting a ‘if it ain’t broke, don’t fix it’ mentality. Sooner or later, chances are these marked changes in our atmosphere will amplify, alter or exacerbate issues in raw material availability or their transportation thereof. As a company whose sole business is to ensure that the distribution portion of your business model is solid, our ears perk up when we hear about potential catastrophic disruptions which could ultimately result in a global supply chain shockwave. Perhaps that sounds a bit drastic, but working to mitigate these risks in the daunting face of climate change is something all businesses would do well to keep on their radar.”

Vasan isn’t the only analyst concerned about how climate change could affect the supply chain. A study conducted by CDP and Accenture claims to be “the most comprehensive overview of the climate risks and opportunities that exist for supply chains globally.” It concludes, “Lack of preparation currently leaves supply chains in Brazil, China, India and the United States more vulnerable to climate risks than those in Europe and Japan.”[2] Gary Hanifan, managing director of Accenture Strategy, reports, “The data suggests that suppliers are making either marginal or no improvements in their development of sustainable supply chains capable of weathering climate risks and other natural disasters.” Commenting on the CDP/Accenture report, Paul Teague, U.S. contributing editor for Procurement Leaders, writes, “CPOs in America apparently have some work to do to ensure that their supply chains can weather the risks of climate change.”[3] Teague continues:

“Certainly, many US companies are making strenuous efforts in ensuring sustainability within their supply chains. In fact, in a seemingly contradictory finding, the CDP’s Supplier Performance Leadership Index found that the suppliers taking the most positive actions to address climate change are in the US. Maybe it’s that not enough suppliers are doing that. In any case, climate-risk mitigation will require a more concerted effort to monitor sustainability efforts in the supply base. That effort should include an insistence that suppliers not only ensure that they are following — and documenting — good sustainability practices, but that their tier twos and threes are doing the same. There will be plenty of public support for those efforts in the US. A recent New York Times/Stanford University poll found that a vast majority of Americans, including nearly half of Republicans, support government action to combat global warming. It’s not unreasonable to conclude that the same support would be behind corporate efforts as well.”

When considering how to prepare for and respond to environment-related events, companies can neither afford to turn a blind eye to facts nor to overreact to hype. They need to be clear-minded and focused. Bjorn Lomborg (@BjornLomborg), director of the Copenhagen Consensus Center and a well-known environmentalist, believes that climate change alarmism won’t benefit anybody.[4] He writes:

“It is an indisputable fact that carbon emissions are rising — and faster than most scientists predicted. But many climate-change alarmists seem to claim that all climate change is worse than expected. This ignores that much of the data are actually encouraging. The latest study from the United Nations Intergovernmental Panel on Climate Change found that in the previous 15 years temperatures had risen 0.09 degrees Fahrenheit. The average of all models expected 0.8 degrees. So we’re seeing about 90% less temperature rise than expected. Facts like this are important because a one-sided focus on worst-case stories is a poor foundation for sound policies.”

Does that mean we have nothing to worry about? Of course not. But fact-based policies and practices are important for both governments and businesses. Lomborg concludes:

“In short, climate change is not worse than we thought. Some indicators are worse, but some are better. That doesn’t mean global warming is not a reality or not a problem. It definitely is. But the narrative that the world’s climate is changing from bad to worse is unhelpful alarmism, which prevents us from focusing on smart solutions.”

Authors of the World Economic Forum report agree with Lomborg that smart solutions are going to be needed to address environment-related risks. They conclude:

“Even though all of these risks are well known, governments and businesses often remain woefully underprepared, as illustrated by respondents’ perceptions that relatively little progress has been made on these risks in the last decade. At the heart of the problem is a risk-management approach based on responsive measures that assume things go back to normal after a crisis — an approach that falls short with complex or slowly evolving environmental risks such as climate change. Stakeholders have been slow to address the underlying causes of environmental risks or to address their economic, social, political and humanitarian consequences.”

Things are not going to return to normal. Why? Because, when it comes to climate change, there really never has been a historical norm to which one could refer. Just ask a dinosaur if you can find one. Climate change (and associated weather pattern changes) is undoubtedly going to have an impact on supply chains in the future. Companies are generally becoming better prepared to overcome the short-term consequences of weather-related disruptions; but, apparently, too few are thinking about long-term consequences of climate change.