You Can Learn a Lot about Marketing from Weird Al Yankovic

“Thirty-two years after his first single, it’s now Yankovic’s world, with cheap recording technology and the infinite distribution channels of the Internet allowing bedroom parodists to launch their creations instantaneously into the universe. Jokey songs, mashups, remixes, lip dubs, covers fill YouTube. Pop-culture figures make fun of themselves before anyone else can, with self-aware self-lampooning. … In other words, Yankovic’s parodic impulse has gone viral.”

Barthel’s anointing of Yankovic as a pop culture prophet was on the mark. In the two years since Barthel wrote his article, “mobile and tablet video viewership is up 532 percent.” [“Mobile video watching up 532 percent in two years, study says,” by Don Reisinger (@donreisinger), CNET, 18 June 2014] Reisinger reports:

“Smartphones and tablets are playing a key role in the consumption of online videos, a new study from video technology company Ooyala shows. During the first quarter of 2014, 21 percent of all online video-plays around the world were completed through mobile devices or tablets. … The massive growth in online video consumption via mobile devices has changed the paradigm in content availability. … The data is an important consideration for broadcasters. Over the last couple of years, several companies, including most notably Microsoft with its Xbox One, have been promoting the benefits of multiscreen viewing. Microsoft in particular believes that there’s an opportunity for broadcasters to share relevant content to viewers on their mobile devices as they’re viewing something on their televisions. Other companies are eyeing the ways in which tablets and smartphones can be integrated into the viewing experience, though no single firm has established itself as the leader in the multiscreen space. … Mobile viewing isn’t reserved for those in a rush. Indeed, Ooyala discovered that 48 percent of people around the globe who viewed mobile videos in the first quarter watched content for 30 minutes or more. More than three-quarters of viewers watched videos at least 10 minutes in length.”

Ooyala CEO Jay Fulcher (@jbfulcher) stated, “The statistics in our Global Video Index continue to affirm our belief that mobile is in large part the future of video and TV consumption. We see the acceleration of mobile video consumption happening globally, as consumers in every region adopt mobile and tablet video faster, and interact with it longer.” Yankovic is a master of viral videos; but, as Barthel notes, “The increasing embrace of Yankovic’s approach to cultural commentary has also made his job harder. He now has to compete with comedy outfits like The Lonely Island, who actively collaborate with the artists they parody, lending their work more buzz than Yankovic’s secondhand creations.” Yankovic, however, has not rested on his laurels. As Robinson Meyer (@yayitsrob) writes, “Actually, really, truly, the music parody master’s wild success can teach us something about media in 2014.” [“The Surprisingly Savvy Weird Al Internet Machine,” The Atlantic, 19 July 2014] Meyer explains:

“Think of legacy media brands (as you probably often do) and some seemingly stodgy names come to mind. Newsweek. The Chicago Tribune. CBS News. These companies and products have largely lost the Internet wars, at least so far. Their audiences have aged, and they have failed to change their product or their ways of distributing it. Revenue and prestige have both sagged. Others brands, meanwhile — like The New York Times or NPR — are still struggling, but they seem to have fared better. To this litany of old media institutions, let me add a somewhat unorthodox one: Weird Al Yankovic. Oh yes. And while he may not seem a regular Cronkite, Al’s old-school media credentials are legit. He came up on syndicated FM radio. His first targets were Michael Jackson and Madonna, icons of 20th-century recording artistry. And, most importantly, he’s been in the game for a long time: Thirteen-year-olds who giggled at ‘Eat It,’ from his second album, are now 43. So as we try to make sense of Mandatory Fun, Al’s fourteenth studio album — and as we round into the fourth decade of his career — it’s becoming clear that his old-school/new-school media business playbook is a little genius. In many corners of the English-language Internet, this week has been Al-saturated, his new music videos and songs unavoidable. How does he do it? Where will it lead? And will this be his media strategy forever?”

Like stodgy, established brands, Yankovic must continually reinvent himself to stay relevant. When asked during an interview how things have changed in the entertainment business, he stated, “The mechanics are pretty much the same, and in fact, because I’ve been doing it for so long I like to think that I’ve gotten better at it. The synapses in my brain are hard-wired that way now. The challenge for me is in finding new ways to be funny (i.e. not repeating myself too much), as well as finding ways to differentiate myself from the millions of other people now doing parody videos on YouTube.” Differentiation is something with which every business in a competitive sector must deal. In some ways, Yankovic had it easy. He began (and has remained) humorous. Some companies are just learning to master humor in marketing, especially through the use of videos; but, they are learning fast. Geoff Williams (@geoffw) reports, “National companies are frequently going small-time, releasing humorous ads on YouTube instead of on TV and establishing a presence on Facebook or Twitter rather than billboards.” [“How to Use Humor in Marketing,” Entrepreneur, 12 March 2009] Using humor in marketing is easier said than done. Linda Kaplan Thaler, head of the advertising agency The Kaplan Thaler Group, told Williams, “If you’re going to use humor in marketing, [make sure] you’re actually selling somebody something.” She then quoted her old boss, who stated, “Throw a pie in their face, but make sure you’re selling them the whipped cream afterward.” Ann Handley (@MarketingProfs) adds, “Most marketing focuses on the product or service being sold. But customers are more interested in how what you sell can help them. How does it shoulder their burdens or ease a pain?” [“4 Ways to Use Humor as a Marketing Tool,” Entrepreneur, 8 February 2014]

Jenine Popick (@janinepopick) insists, “Laughter may be the best medicine and the best way to get customers to notice your business.” [“5 Ways to Use Humor in Marketing,” Inc., 6 February 2014] Steve Olenski (@steveolenski) adds, “[Humor and pop culture] help resonate with an audience − in the right context of course.” [“Laugh it up: Using humor in marketing,” Marketing Cloud Blog, 22 May 2014] Admittedly, humor is not always appropriate. Erika Rigger (@Miss_Erika_R), an art director for Oracle Responsys, told Olenski, “Stick to the brand voice and personality. If the brand voice is light and whimsical, then humor can be appropriate. However, if the brand voice is more serious in tone, then you should be more careful about how and when humor is appropriate in marketing messages.” Don’t forget, however, that a serious message can often be delivered using humor. One of Yankovic’s latest videos aptly demonstrates what I mean.

The only nit I will pick with Yankovic is his recommendation to leave out the Oxford comma. The Oxford comma is so called because it has traditionally been used by editors and printers at Oxford University Press. New Englanders may favor the term Harvard comma (the convention is also followed by Harvard University Press). Throughout the U.S. the mark is commonly called the serial comma. Most U.S. style guides say, “Use it — always.” Garner’s American Usage (Oxford, 2009) makes the standard case for clarity:

“Whether to include the serial comma has sparked many arguments. But it’s easily answered in favor of inclusion because omitting the final comma may cause ambiguities, whereas including it never will.”

Likewise, The Chicago Manual of Style (2010) “strongly recommends” using the serial comma because “it prevents ambiguity.” It states:

“If the last element consists of a pair joined by and, the pair should still be preceded by a serial comma and the first and:

• The meal consisted of soup, salad, and macaroni and cheese.

• John was working, Jean was resting, and Alan was running errands and furnishing food.”

Most college writing handbooks in the U.S. also advocate use of the serial comma. The only prominent style guide that doesn’t recommend it is The AP Style Guide used by most newspapers. And even it recommends the serial comma in some circumstances. The point here is that Yankovic was able to treat a serious subject in a humorous way that taught millions of viewers a little bit more about the proper use of language. Marketers would love to get their message across to millions of viewers as well. Humor might just help them do it. After all, Weird Al Yankovic’s “Mandatory Fun” is the first comedy album to top Billboard’s album chart in over half a century. If you want something a bit more business-like from Yankovic, watch his “Mission Statement” video. Enjoy! 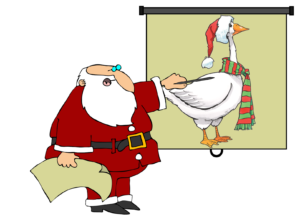 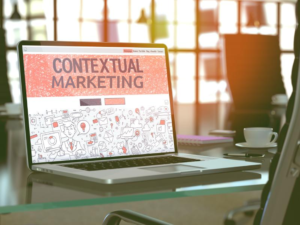 The Resurgence of Contextual Marketing

Marketing professionals are bracing for new regulations restricting targeted marketing as well as the demise of website cookies. One of the strategies they are resurrecting