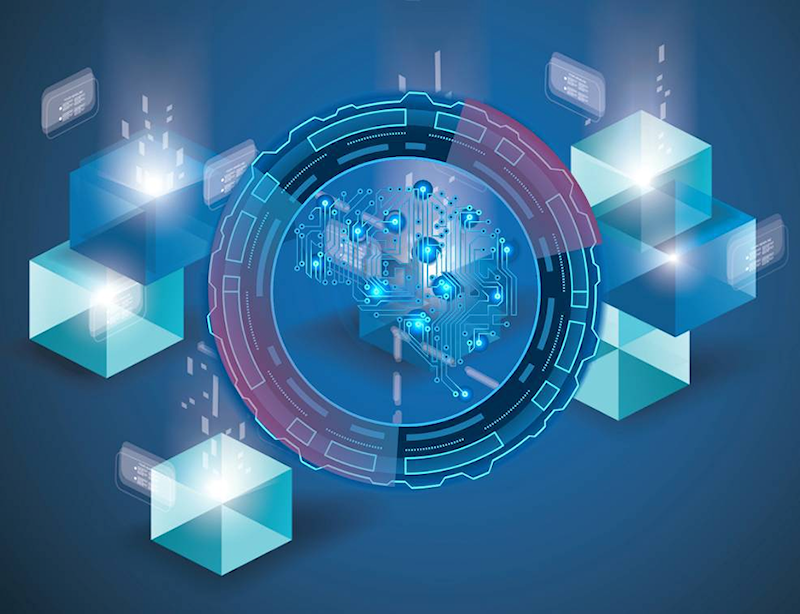 Despite being around over a decade, blockchain technology is still searching for a foothold outside the cryptocurrency arena. Supply chain operations are an area in which pundits predict blockchain will play a valuable role. Nevertheless, a few years ago Kai Stinchcombe, CEO and co-founder of True Link Financial, wrote, “After 10 years of development, nobody has come up with a use for blockchain that has been widely adopted.”[1] He continues, “Everyone says the blockchain, the technology underpinning cryptocurrencies such as bitcoin, is going to change everything. And yet, after years of tireless effort and billions of dollars invested, nobody has actually come up with a use for the blockchain — besides currency speculation and illegal transactions. Each purported use case — from payments to legal documents, from escrow to voting systems — amounts to a set of contortions to add a distributed, encrypted, anonymous ledger where none was needed. What if there isn’t actually any use for a distributed ledger at all? What if, 10 years after it was invented, the reason nobody has adopted a distributed ledger at scale is because nobody wants it?”

About the same time Stinchcombe was penning his ideas, staff members at Material Handling & Logistics (MH&L) were asserting that blockchain usefulness wasn’t the problem, but lack of understanding was. They wrote, “A new survey shows that 60% of businesses haven’t adopted blockchain and that could be because 40% said they don’t understand the technology, or don’t see how it could be useful for their company.”[2] They add, “This lack of understanding, combined with concerns over a lack of clear regulatory guidelines, could potentially hinder more widespread adoption of blockchain technology.” Journalist Adrianne Jeffries (@adrjeffries) indicates a widespread lack of understanding of blockchain shouldn’t be surprising. She explains, “There are countless blockchain explainers in text, audio, and video around the web. Almost all of them are wrong because they start from a false premise. There is no universal definition of a blockchain, and there is widespread disagreement over which qualities are essential in order to call something a blockchain.”[3]

Rather than trying to define what blockchain is, business consultant Brian Berry, a director with blumshapiro, notes, blockchain technology has two primary functions that leverage three basic concepts.[4] Let’s first look at the basic concepts. According to Berry, “At the core of blockchain are three concepts.” They are:

1. Immutable ledger. “The blockchain database is ‘insert only,’ so accepted records cannot be changed. (As such, blockchain is not appropriate if you would like the ability to correct any sort of transaction in the database after it has been committed to the database.)”

2. Lack of data validation. “Unlike traditional databases that perform logical checks on information prior to acceptance, blockchain does not validate data for accuracy nor completeness prior to it being logged. Applications which use blockchain databases, such as smart contracts, may require some specific information to be filled out in a certain way in order to submit to the blockchain.”

3. Consensus. “All blockchain participants must ‘accept’ the transaction before it is immutably logged into the database.”

Some pundits see those concepts as both strengths and weaknesses. For example, the fact that all participants must use identical protocols means standardization will always be a challenge. Berry admits, “There have been many advances as a result of the digital revolution, but for each advance, there seems to be a reactive menace that sometimes outweighs the benefits with risk. For many of its practical applications, however, blockchain is fighting this trend, making business operations more efficient and secure.” One big concern is that China is trying to dominate the blockchain arena. For more on that subject, see my article entitled, “Has the West Ceded Blockchain Dominance to China?” Using the above concepts, Berry insists, “Blockchain has two fundamental functions — record-keeping and transacting.” He explains:

1. Record-keeping. “Distributed record-keeping on blockchain provides the capability to store and manage static reference information that require high levels of trust — i.e., one where there is no central party or single trusted authority to control or solely access the information. This element is essential in the current digital environment where identity fraud is alarmingly prevalent.”

2. Transacting. “Distributed transacting offers the ability for multiple parties to garner an unprecedented level of visibility and transparency into many kinds of transactions. Consider the manufacturing industry, where each participant in a supply chain relies upon receiving and shipment information from a network of vendors. On-time delivery of raw materials and/or components can make or break a small manufacturer’s production schedule and profitability. Blockchain reduces information complexity, increases reliability of supply chain logistics and improves overall efficiency.”

Business consultant Sarah Daren writes, “When it comes to revolutionary technology, the blockchain and cognitive computing are two at the top of the list. … With these technologies finally being put to use in practical applications, we’re learning more and more about what they can do on their own — and together.”[5] Daren suggests, “One of the largest areas for potential expansion is in tandem with IoT (Internet of Things) growth. Many industries are beginning to see how using interconnected devices can help them automate and improve their processes, but there are currently limitations on scaling and security with centralized systems.” Business consultant Dave Food (@davefood) agrees that the combination of cognitive technology (aka artificial intelligence (AI)) and blockchain has a place in the supply chain and enhancing the IoT.[6] He explains, “We need to recognize that Blockchain can deal with workflow throughout the whole SC [supply chain] and its distributed ledger approach [can ensure] that data is accurate, visible and … cannot be forfeited. However, Blockchain tech has challenges to overcome, … including benchmarks, scalability, [and] speediness.” He notes experts are working hard to overcome these challenges and, when they do, blockchain will be “suitable for SC processes” as well as being “a perfect match with the Internet of Things.”

Despite blockchain’s faltering start, Tech writer Keith D. Foote believes the combination of AI and blockchain will power the fourth industrial revolution (aka Industry 4.0). He writes, “Two major technologies causing radical shifts in the business world are artificial intelligence and blockchain. Though each technology is quite complex and has its own ideals to fulfill, merging the two has great potential for providing new solutions for security and decision-making issues.”[7] He further explains, “Because blockchain technology uses a ‘brute force’ approach to verify transactions — basically trying combinations of characters until the one that fits is found — AI could be very useful in making blockchain more efficient. Artificial Intelligence offers an alternative to the brute force approach, allowing tasks to be handled in a more thoughtful, intelligent, streamlined way. … In a fortunate twist of circumstances, artificial intelligence and blockchain work well together. By combining the two, organizations have the option to build and organize immense databases, strengthen cybersecurity protocols, and perform tasks far more quickly than humans. Blockchain provides security and AI provides flexibility.”

Naysayers aside, Deloitte analysts note, “Blockchain capabilities may help relieve common supply chain pain points. For example, the technology’s auditability may allay concerns about traceability. It can lessen compliance issues given the immutability of all transactions. Smart contracts can provide supply chain organizations situational flexibility. Disintermediation can help facilitate trusted peer-to-peer transactions. As such, the industry is embracing a wide host of use cases ranging from tracking and tracing to purchasing platforms to stakeholder verification (‘know your supplier’) to supply chain cybersecurity to counterfeit prevention to warranty management, and well beyond. … Suffice to say, blockchain has the potential to play a prominent role in accelerating supply chain evolution.”[9] If cognitive technologies can enhance these capabilities, blockchain may well find a home in the supply chain, manufacturing, and IoT spaces. The Deloitte analysts conclude, “When it comes to blockchain, each industry is shaping its own narrative to suit individual qualities and needs. Such is the versatile character of the technology, which is finding expression in a wide variety of use cases, attitudes, concerns, and perceived obstacles across industries as each sorts out the most sensible path to blockchain adoption.” The sorting process is ongoing; as are efforts to overcome significant blockchain challenges. A marriage of blockchain and cognitive technologies could help solve some of those challenges. 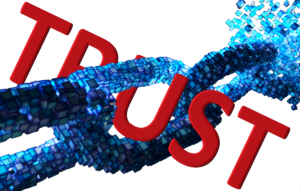 One of the gravest disservices politicians, conspiracy theorists, and political commentators have perpetrated on society is the erosion the public’s trust. The late Stephen Covey