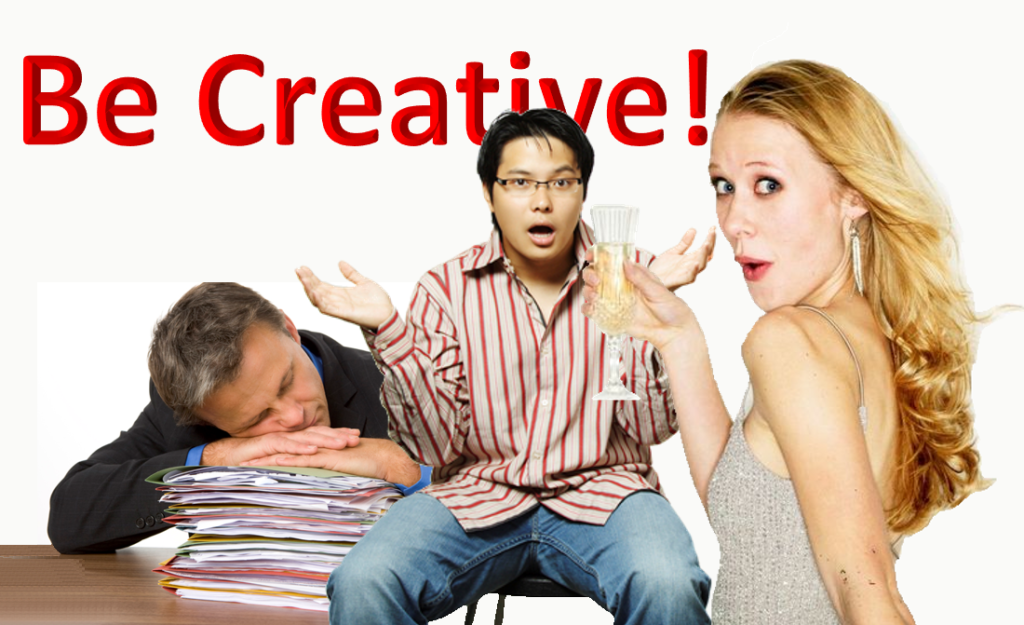 The pandemic ushered in a season of remote work and isolation. For some people it’s been very trying. Many people have become bored. It even drove some people to drink more. NPR correspondent Brian Mann (@BrianMannADK) reports, “While many bars and clubs faced new restrictions for dine-in customers, a lot of Americans still found ways to have a drink or two with friends. Quarantine cocktail parties became a new thing online. The pandemic also drove a surge in online sales using phone apps that connect consumers with local liquor stores for home delivery. … According to Nielsen’s market data, total alcohol sales outside of bars and restaurants have surged roughly 24% during the pandemic. They found sales of spirits with higher alcohol content rose even faster, a more than 27% increase over last year.”[1] Even though boredom and drinking can lead to destructive behavior, some experts believe it can also lead to being more innovative.

How boredom, drunkenness, and ignorance can make one innovative

The Bored. Manoush Zomorodi (@manoushz), host of NPR’s TED Radio Hour, says her first child, a son, was born within a month of the iPhone being introduced. Prior to her son’s birth, Zomorodi had been an active reporter, ready to go anywhere a breaking story took her. She knew her son’s arrival would change all that. For her son’s first few months, she often found herself pacing the room for hours trying to calm the colicky child. During those hours of boredom, she says, “I created my dream job hosting a public radio show. So there was no more rushing off to war zones, but thanks to my new smartphone, I could be a mother and a journalist. I could be on the playground and on Twitter at the same time.”[2]

Zomorodi says, “I started to wonder: What actually happens to us when we get bored? … I started talking to neuroscientists and cognitive psychologists, and what they told me was fascinating. It turns out that when you get bored, you ignite a network in your brain called the ‘default mode.’ So our body, it goes on autopilot while we’re folding the laundry or we’re walking to work, but actually that is when our brain gets really busy.” She went on to cite boredom researcher Dr. Sandi Mann, who told her, “Once you start daydreaming and allow your mind to really wander, you start thinking a little bit beyond the conscious, a little bit into the subconscious, which allows sort of different connections to take place. It’s really awesome, actually.” She went on to recommend that we put down our smartphones, turn off the television set, and let our minds do a little more wandering on their own without distraction.

The Drunk. Some people may pick up a drink while they letting their mind roam. Will the alcohol interrupt your daydreaming creative juices? Maybe not. Alison Beard (@alisonwbeard), a senior editor at Harvard Business Review, reports, “Professor Andrew Jarosz of Mississippi State University and colleagues served vodka-cranberry cocktails to 20 male subjects until their blood alcohol levels neared legal intoxication and then gave each a series of word association problems to solve. Not only did those who imbibed give more correct answers than a sober control group performing the same task, but they also arrived at solutions more quickly. The conclusion: drunk people are better at creative problem solving.”[3]

Professor Jarosz admitted to Beard that drinking slows down mental acuity; however, he told her, “We think that creative problem solving is one area in which a key effect of drunkenness — loss of focus — is a good thing.” He added, “If you need to think outside the box, a few happy-hour drinks or a martini at lunch could be beneficial. But I wouldn’t close the bar out, because if you get your blood alcohol level too much beyond .08, you probably won’t be very useful. And you might have trouble screening out terrible ideas.”

The Ignorant. If you are neither bored nor drunk and think you’re ignorant, don’t despair Peter Hinssen (@hinssen), a serial entrepreneur, says you, too, can be creative. He explains, “You may find this very hard to believe, but the people in your organization who don’t know what they’re doing — the Ignorants, as I like to call them — are absolutely crucial for the future of your company.”[4] Let’s make one thing clear, being ignorant and being stupid are too entirely different things. Hinssen argues that people who are ignorant — that is, people who may not know how things are being done — may be among the 1% of people in an organization who are “trying to do things that have never been done.” He asserts, “Innovation starts with ignorance because it’s never been done before.” He argues, “[Organizations need] people who have never done this before: people who supposedly don’t know what they’re doing. But they are not stupid. Quite the opposite, in fact.”

Hinssen goes on to argue that the 1 percenters (i.e., the Ignorants) are often forced to waste their valuable time and energy. He explains, “When we look at the context of this 1% within organizations, we observe that they often don’t spend their full attention and energy on innovation. Instead, they are wasting an extraordinary amount of (emotional) energy and focus on convincing the other 99% of employees in the company that what they do actually matters.” As a result, he writes, “When I work with this marvelous 1% Ignorant group, I encounter an insane amount of frustration, anger and disappointment.” He suggests, “Find out now who the 1% are in your company. And then let them show you how they will build your future, your own Day After Tomorrow.” You might even take them for a drink!

The common thread connecting the bored, the drunk, and the ignorant is what physicist Leonard Mlodinow (@lmlodinow) calls “elastic thinking.” He believes rigid ways of thinking can sabotage our efforts to thrive in a changing environment.[5] He explains, “Elastic thinking [is] where you don’t follow rules. You make the rules, or you break the rules. You figure out what the rules should be. You try to find new ways of looking at things when the old ways don’t work or when you’re confronted with a new situation, which happens to us all the time now. Analytical thinking might be how you figure out the best drive from home to work, but it’s elastic thinking that gave us the invention of the car.” He believes everyone has the capacity to think flexibly. As a species, he notes, “What we’ve really had to survive by are our wits and our inventiveness. About 130,000 years ago, there was a great climatic catastrophe that dwindled our numbers. Those individuals who liked to explore and had an appreciation for new things were able to adapt and find new places to go. That’s what allowed our species to survive. After that, we’ve had a genetic makeup that really encourages us to look for new things and to enjoy exploration and new challenges.” So, the next time your mind begins to stray from the task at hand, let it wander a while and see what ideas you come up with.