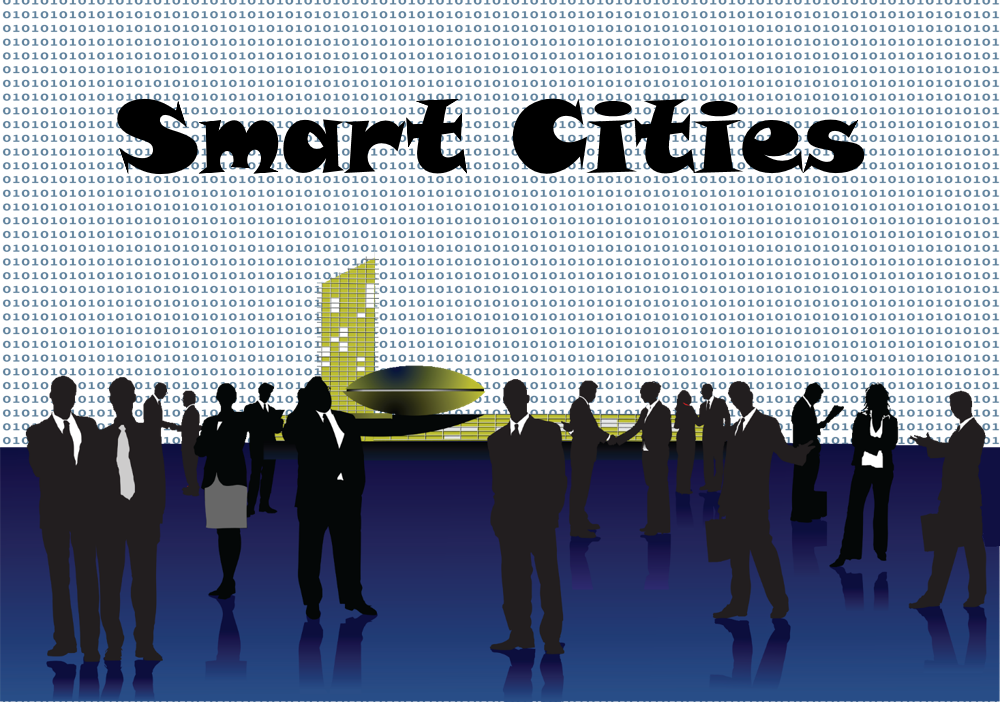 Are Smart Cities Really the Future?

One of the undeniable trends shaping the world’s future is urbanization. More than half the globe’s population is already living in urban areas and that percentage is growing. Bertrand Moingeon (@B_Moingeon), a Professor at HEC Paris, and Amy C. Edmondson (@AmyCEdmondson), a Novartis Professor at Harvard Business School, note, “An unprecedented rural exodus, coupled with accelerating global urbanization, is marking out poverty, air quality, congestion, failing infrastructure and general wellbeing as the greatest challenges for the 21st century. In this respect, they are making the need for ‘smarter cities’ a top priority.”[1] The need for smart cities is clear. The question some pundits are asking is: What’s taking so long for smart cities to develop? There are probably multiple answers to that question — with lack of funds being the primary obstacle. Katie McBeth insists another challenge involves urban planning models that reflect industrial age rather than information age thinking. She asserts, “Government — local and national — is simply too far behind to accurately build a smart network for cities.”[2] Alexander Aylett (@openalex_), a researcher and former assistant professor at the Center on Urbanisation, Culture and Society at the National Institute for Scientific Research (UCS-INRS) in Montreal, told McBeth, “For all its novelty, the smart cities discussion is operating with a vision of urban sustainability that dates from the 1990s, and an approach to planning from the 1950s. It also ignores the ability of non-state actors to contribute meaningfully to the design and implementation of urban policies and programs. But that doesn’t need [to] be the case. In fact, if employed properly, new information technologies seem like ideal tools to address some of urban sustainability’s most persistent challenges.”

Smart Cities are Built on a Foundation of Broadband Connectivity

Aylett’s insistence that smart cities must leverage new information technologies underscores the basic assumption that smart cities are connected cities. Adie Tomer (@AdieTomer) and Rob Puentes (@rpuentes), bluntly state, “No industry or household in the world, will reach their future potential without access to broadband, it is the electricity of the 21st century.”[3] That statement is as true for cities as it is for industries and households. McBeth paints the following picture of a smart city:

“Imagine a city where all devices are interconnected. The GPS in your car connects to the traffic light you just passed. The street corner trash can where you threw your wrapper in has a sensor connected to the local waste management company. The state’s electrical power grid connects to your company’s building. The cafeteria connects to the catering company that serves your food. Data is streaming, constantly, all around you. Everything is synced up: from computers and elevators to traffic lights and pedestrian signs. This is the reality of smart cities — where IoT data allows everyday conveniences to all be a small piece of the larger, connected puzzle.”

Aaron Low reports Barcelona is one city whose planners believe in information age planning. “After being hit hard by the 2008 financial crisis,” he writes, “Barcelona innovated by embracing the digital wave. Aided by hundreds of kilometres of fibre-optic cables laid below the city streets, Barcelona is now experimenting with the internet of things (IoT). According to Julia Lopez, who is Barcelona’s Smart City strategy coordinator, the city has installed 19,500 smart meters that monitor and optimise energy consumption. Waste is not spared. Households deposit waste in municipal smart bins that monitor waste levels which help plan waste collection routes. … Barcelona’s vice mayor Antoni Vives estimates that these IoT systems helped save nearly US$60 million on water, boosted parking revenue by US$58 million a year, and generated nearly 50,000 new jobs in 2013. The buzz has contributed to a vibrant start-up scene that is encouraging small companies to think of solutions to big problems, create new value and employ the best people.”[4] Other large cities around the globe are discovering that broadband connectivity is the key to opening the gates leading to a smarter future.

Both Aylett and Low highlight the importance of collaboration between governments and commercial enterprises. This is especially important when funding is an issue (and when isn’t it?). “So how should the US business community help promote and develop smart cities initiatives,” ask Moingeon and Edmondson. “Company leaders must first be aware that developing smart cities — brand new or retrofitted — requires teamwork across industries and areas of expertise at a level rarely seen in the history of business, government or real estate development. Figuring out how to create a sensor-laden, data-driven, sustainable development requires big-thinking experts from multiple sectors to work together to break new ground — literally, as well as figuratively.” They continue:

“These specialists are in real estate development, city government, architecture, construction, software, hardware and civil engineering, and business. Each of these experts comes to the table with unique values, skills, time frames, and business models that are all but taken for granted in their own professional cultures — and progress can be stymied by culture clash. The ‘big teaming’ needed in smart city projects must cross, not just disciplinary, but company and industry boundaries. This is why many business leaders today are becoming experts in navigating and transcending culture clash they encounter — a strategy that encourages innovation.”

Connectivity fosters and enhances collaborative efforts between people. Connectivity also allows the flow of data which is the lifeblood of a smart city. Data, however, is not what makes cities smart. Analysis of that data is where the magic happens.

Data, no matter how much of it you have, is useless unless it is analyzed. Urban areas will never achieve the “smart city” label without leveraging advanced analytics. Fortunately, cognitive computing platforms embedded with advanced analytics are maturing just as the data deluge is about to overwhelm city planners and operators. Cognitive computing systems can gather and analyze both structured and unstructured data. This is critical since some data smart city planners need to create citizen-friendly solutions will be generated by sources such as smartphones. Cognitive computing systems also involve machine learning and are capable of improving urban processes through automation. Finally, cognitive computing systems are user friendly and can communicate using terms understandable by non-technical personnel. If the IoT is the central nervous system connecting processes and systems, and data is the lifeblood, cognitive technologies are going to provide the brains for smart cities. Becoming a smart city is all about making better decisions. The best we can hope for is that smart city stakeholders will make the best-informed decisions they can as they move forward. Kevin Chen, Vice President of Analytics and Chief Scientist for Experian’s North American DataLab, asserts big data can be used to make better decisions and drive smart growth.[5] He explains:

François Mero (@francoismero), Senior Vice President of Sales EMEA at Talend, sums up the situation this way: “Digital technologies — at the heart of the Smart City — are not an end in and of themselves, but offer an important potential for transformation.”[6]

“Organized efficiently,” writes Malia Politzer (@maliapolitzer), “cities can be engines of economic growth. But poorly planned urbanization can have serious long-term consequences — leading to water shortages, skyrocketing rates of air pollution, gridlocked traffic and outbreaks of disease.”[7] To become a smart city, urban planners and politicians require vision and courage. Moingeon and Edmondson add, “Vision is obvious. Smart city innovation starts with the imagination and drive to envision radical new possibilities, which must take shape in a complex social context – overcoming countless technical, social and political hurdles. But vision is not enough. Those who wish to drive audacious innovation forward must be curious and open to learning from others’ ideas and expertise. Without curiosity, leaders are unlikely to create the safe spaces for the collaborative flow of diverse ideas that are crucial to innovation, and unlikely to listen intently — a crucial feature of progress in novel terrain. This means being humble enough to recognize their own limitations, as well as the limitations of solutions that come from their own field. And finally, discipline is needed to structure and insist on conducting careful, systematic experiments that use limited resources well to drive continuous learning.” Smart cities are needed to create a better future for all citizens. The question nevertheless remains: Is there enough vision and courage to make smart cities a reality?