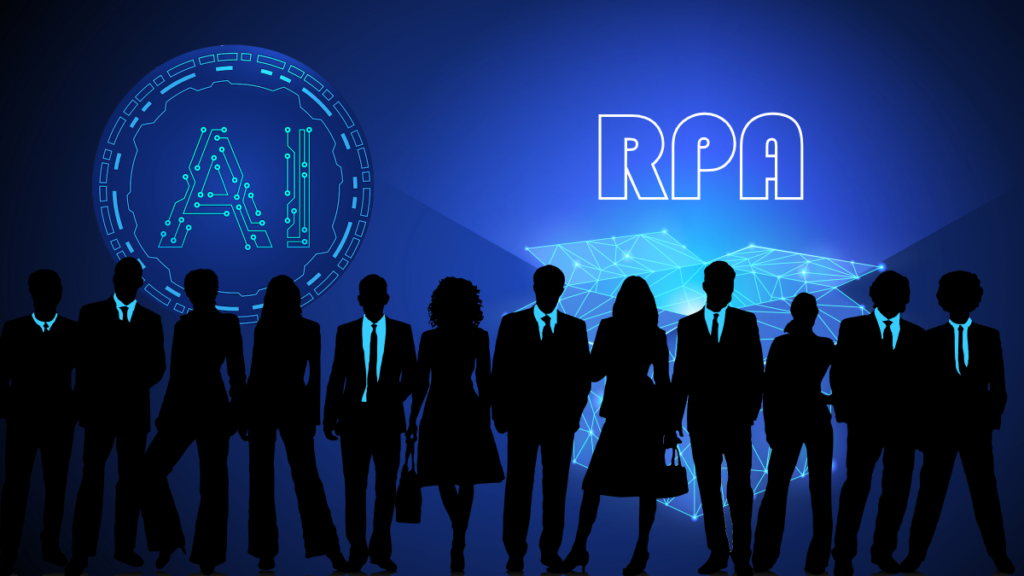 The pandemic has disrupted both lives and businesses in significant ways. During the pandemic, many businesses were forced to shutter their offices and the lucky ones were able to stay afloat using remote workers. Times were particularly difficult for businesses relying heavily on a human workforce that was susceptible to infection and illness. As a result, many companies turned to automation to provide operational stability. One technology that has received a lot of attention is robotic process automation (RPA). Business journalist Lin Grensing-Pophal (@LinWriter) reports that a 2020 Gartner COVID-19 Quick Poll found, “RPA has increased in popularity as the COVID-19 pandemic stressed the need for efficiency and process optimization. … 24 percent of senior finance leaders reported that they planned to increase their investments in RPA, workflow automation and optimization technologies as a result of the pandemic. Another 68 percent said they were planning to maintain their current investment levels.”[1]

The pandemic also motivated many workers to reflect on their future. Millions of people remain out of work; yet, millions of job openings remain unfilled. Experts have observed part of this conundrum can be explained by the fact that people are looking for new career opportunities. “Nearly 1 in 3 American workers under 40 have thought about changing their occupation or field of work since the pandemic began, according to a Washington Post-Schar School poll, conducted July 6 to 21. About 1 in 5 workers overall have considered a professional shift, a signal that the pandemic has been a turning point for many, even those who did not contract the coronavirus.”[2] Some of those workers may simply have been tired of performing work for which RPA is ideal. Many companies have found that implementing RPA solutions to perform tedious tasks actually enhances employee morale and fosters better workforce retention as employees are freed to perform more stimulating work. Win, win.

When is RPA a Good Business Solution?

Grensing-Pophal asserts, “Like any tech solution, RPA isn’t a silver bullet and may not be right for every organization. The flip side of this is also true: Every organization may not be right, or ready, for RPA.” She suggests conducting “a simple SWOT — strengths, weaknesses, opportunities, threats — analysis to determine how RPA might have the potential to hold a perfect place” for your business.

Strengths: Manish Sharma, group CEO of Accenture Operations, told Grensing-Pophal, “Technology, such as robotic process automation, works best when it enhances human ability, freeing up time for people to focus on tasks that require critical thinking, judgment and empathy — as opposed to simple, transactional work.” In addition to performing transactional work, RPA can help integrate data. Most users prefer getting the data they need via a user interface without having to interact with several different programs or systems. RPA can help achieve that goal. If your company uses standardized reports, RPA may be able to automatically generate such reports using templates and accessing the right data. Other strengths include flexibility, cost effectiveness, productivity gains, reliability, accuracy, and cybersecurity.

Weaknesses: Boyd Bell, CEO of Useful Rocket Science, writes, “RPA does … have its limitations. As early robotics adopters learned 30+ years ago, these technologies fail when asked to work on complex tasks. It doesn’t work for shades of gray and processes involving a lot of individual decisions, but rather excels on simple tasks or a series of tasks where there is no interpretation required.”[3]

Opportunities: Grensing-Pophal notes, “The pandemic has pointed to one critical opportunity of RPA: the ability to remain productive despite staffing shortages and a dispersed workforce.” Joel Snyder (@joelsnyder), a senior IT consultant, writes, “RPA succeeds best when the scope and steps of the process can be tightly defined, and when you take the time to carefully define each step before starting to automate anything. RPA projects should start with the fast, easy wins before moving to more complicated processes that are more difficult to automate.”[4] RPA implementation efforts present the opportunity to make processes better. Snyder explains, “RPA does not require re-engineering and refactoring business processes, but it doesn’t fit well into every process. Before starting, ask how a specific process can be simplified and improved and how it can be optimized when a robot will be doing most of the work.”

Threats: Grensing-Pophal cautions, “Be prepared for negative backlash from employees concerned about being ‘replaced by robots.’ There is growing evidence that automation won’t steal jobs but instead will make them better.” There is also a risk that implementing RPA could backfire. Bill Gates (@BillGates) once noted, “The first rule of any technology used in a business is that automation applied to an efficient operation will magnify the efficiency. The second is that automation applied to an inefficient operation will magnify the inefficiency.”

Conor Wallace, a business analyst at Deloitte, notes, “One of the huge misconceptions is that staff are redundant with the introduction of RPA. It’s a common pushback we get from staff when working within an organization. RPA is a very powerful tool but there are many examples of processes that RPA cannot automate. I see RPA working best alongside people, and the majority of us would only be happy to concentrate on the more complicated and challenging daily tasks that require cognitive thinking rather than the repetitive and straightforward tasks!”[5]

Keeping in mind that not every process can or should be automated, and that RPA is great for tasks that are rules-based, structured, and repetitive, there are, occasionally, requirements for more advanced automation technologies. Michael Berthold (@MRBerthold), CEO and co-founder at KNIME, notes, “Current trends are indicating that there’s much more that can be done with RPA — especially when combined with data science.”[6] He adds, “An increasing number of automated processes are dealing with data. In many cases, RPA programs are doing less pointing and clicking for humans and more downloading, sorting, combining, and even manipulating data. In the more advanced cases, the RPA programs are invoking machine learning models and adding the resulting predictions to the process automation. Rather than simply help speed up a process, data science can be used inside the process to execute tasks more intelligently.”

At Enterra Solutions®, we call AI-enhanced RPA Cognitive Process Automation™ (CPA). Cognitive Process Automation goes beyond the accomplishment of routine tasks. CPA has the potential not only to automate, but to improve processes by dynamically processing and executing subtle decisions as if they were made by the best human expert. We are also advancing Autonomous Decision Science™ (ADS™), which combines mathematical computation with semantic reasoning and symbolic logic. The Enterra ADS™ system analyzes data, automatically generates insights, makes decisions with the subtlety and judgment of an expert, and executes those decisions at machine speed with machine reliability.

Journalist Dwight Davis observes, “Using software robots for worker augmentation — rather than worker replacement — has emerged as a much more common automation scenario within nearly every organization. In fact, it has become increasingly clear that virtually every employee who uses a computer or a smart phone is a candidate for some level of automation assistance.”[8] Although Davis makes it sound like RPA is a silver bullet for all business processes, it’s not. Like any technology upgrade, companies need to make a clear business case for using RPA and ensure that it’s being applied to the right processes. Tech writer John Emmitt cautions, “If you do not pick the right processes to implement with RPA, scaling can become an issue. For a successful RPA journey, identify processes with clear processing instructions based on standardized rules. Consider repetitive processes that are susceptible to error and require a higher degree of manual input. RPA can be used to save time and improve productivity in these cases.”[5] He adds, “RPA tools may be insufficient for very complex processes. In such cases, companies can either break down their processes into simpler tasks that can be automated with RPA or progress to hyperautomation.” Or they can consider cognitive RPA.