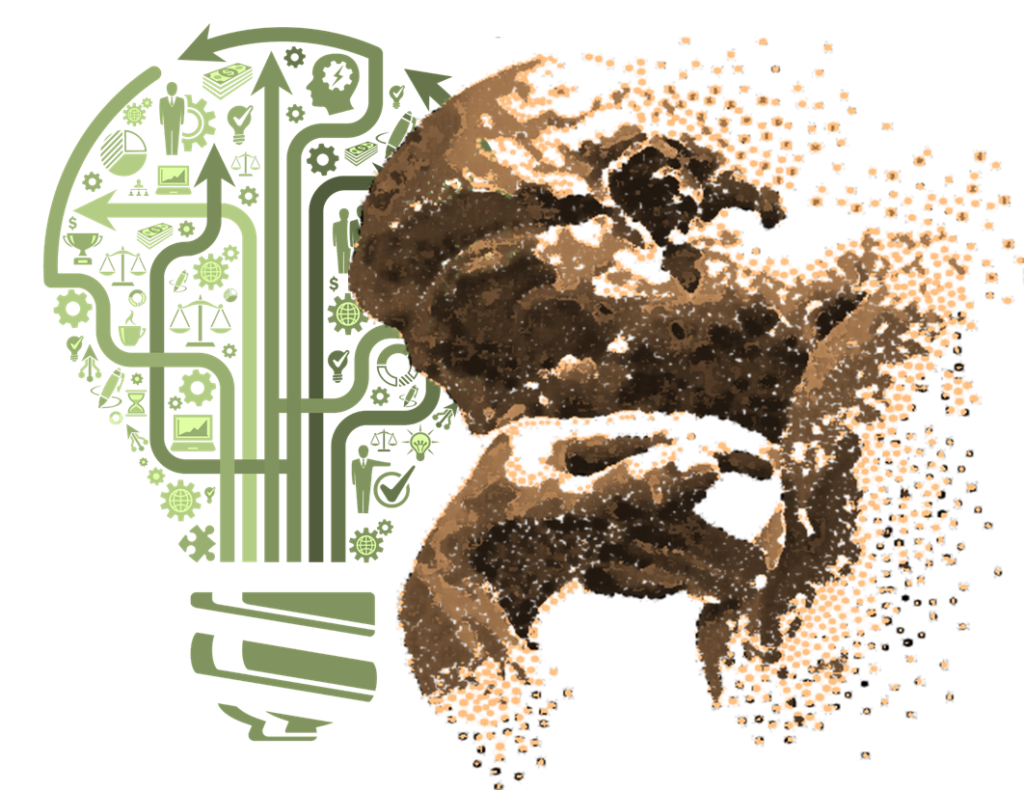 “If we could come up with the next breakthrough technology by sitting around thinking, ‘What will the next break-through technology be?’ then we would all already be rich,” writes Greg Stevens.[1] He’s right, of course. Even science fiction writers — who do sit around pondering about things that will be available in the future — direct their thoughts to specific problems that future humans (or aliens) must overcome to accomplish storyline objectives. “So,” Stevens asks, “where do the great ideas come from?” Frankly, I’m a proponent of directed innovation. By that I mean asking good questions to the right people about how to solve a specific problem. The right people are generally a group drawn from diverse disciplines so that a number of perspectives can be mined. Stevens, however, suggests that someone (or a group of people) need to think bigger and ask questions about more than a specific challenge. He explains:

“Some business classes or advice workshops will tell you to ‘solve a problem.’ They say you should identify a need, and then fulfill it. That is a solid approach that has produced adequate results in some cases. But I would like to talk about another approach: the contemplation of big, abstract philosophical ideas. Many young technology entrepreneurs have little patience with abstract scholarship because they don’t see the line that connects the Philosophy classroom to the Killer App. But the connection is there. Sometimes a single big, abstract question can generate dozens of technological breakthroughs that spread outward into areas ranging from medical research to video games.”

Before examining Stevens’ argument further — an argument which I support — I must raise a slight objection to his dissing directed innovation as only producing “adequate results in some cases.” History is filled with game-changing innovations that have resulted from directed innovation. Think of Edison and the electric light and the Wright brothers and flight. Their efforts were very directed and their results changed the world forever. I’ve always found it interesting that people feel the need to denigrate an opposing or competing viewpoint in order to make their ideas look better. In some cases, like the one at hand, both the directed and philosophical approaches have much to recommend them. Or, as I argue later, the philosophical approach often leads to the directed approach. Circumstances should determine which approach to use. Back to Stevens and his arguments in favor of philosophical idea generation.

To make his point, Stevens discusses conferences sponsored by the Sante Fe Institute starting in the 1990s whose objective was to explore the metaphysical topic of life itself. “What are the defining properties of life? Can the defining properties of life be understood in an abstract way, independent of the details of biological life as it appears here on Earth? Can we re-create the defining properties of life in other things, like computer programs or robotic machines?” Present at those meetings were individuals from diverse disciplines (e.g., “biologists, mathematicians, engineers, programmers and philosophers”). Such diverse groups have historically proven to be valuable. Frans Johansson (@Frans_Johansson) calls it the “Medici Effect.”[2] In his book on that subject, Johansson focuses on the value of creating a space in which people from diverse fields of expertise can get together to exchange ideas. The Medici’s were a wealthy and powerful Italian family who played an important role in the Renaissance. The family’s wealth permitted it to support artists, philosophers, theologians, and scientists, whose combined intellect helped burst the historical pall known as the Dark Ages. That kind of result is exactly what Stevens is looking for and why he values the philosophical approach to innovation. Stevens talks about attending a few of these conferences and the “energy” participants felt while there. He also discusses one of the threads that conference attendees pursued — synthetic life. He writes:

“There were more collections of synthetic ‘creatures’ at the conference, appearing in many forms: robots that built other robots, or communities of simple ‘agents’ trading information and resources in electronic worlds. The affection that these scientists felt for their creations was palpable. Although not all of them were entirely serious about the idea that they were creating actual living things, they clearly enjoyed thinking of their experimental worlds as sort-of alive, and thinking of themselves as progenitors. There may have been a few people at the conference who had aspirations to the practical: people discussing genetic algorithms as a way of automating software development, for example, or people talking about using ‘swarm simulations’ to control the flow of crowds at public events. But for the most part, my overwhelming impression of the conference was of ivory-tower misfits and idealists tackling the age-old question: what makes living things alive?”

Stevens goes on to point out that you don’t always have to succeed to be successful. He explains that, even though the conferences failed to deliver on their promise to reboot theoretical biology, ideas generated there continued to have an impact. For example, even though artificial life never got the foothold in academia artificial intelligence did. He concludes:

“Many of the practices and ideas that were explored in the Santa Fe conferences have been exported quite broadly into technology in the world today. From self-replicating robots, we now have configurable computer hardware that simulates self-organisation of biopolymers, or electrical networks that can optimise themselves by self-assembly. From the initial toy models of insect swarm behaviour, we now have complex distributed control programs that are able to perform real-time optimisation of traffic light patterns. The flocking and herding simulations presented at those early artificial life conferences established many of the basic computational methods that are used in everything from movie CGI to video games to render realistic images of crowd behaviour.”

With that paragraph, Stevens actually highlights the point I made earlier. The philosophical approach can lead to the directed approach to innovation. In fact, the philosophical approach only leads to true innovation when it transforms from the philosophical into the purpose-driven. George Bradt (@georgebradt), Chairman of PrimeGenesis, is firmly in the directed (or purpose-driven) camp when it comes to innovation. “Innovation that sticks is purposed-driven,” he writes, “led by someone on a mission to do good for others. It doesn’t matter if the innovation succeeds on its own or leads to another innovation by someone else that does succeed. What matters is that the innovator is committed to a cause and is compelled to innovate to overcome a barrier keeping people from realizing their purpose.”[3] Bradt believes there are three types of innovation: artistic, scientific, and interpersonal. I’m not sure all innovations fall into one of those three categories, but his point is that we should think broadly about innovation. In the artistic category, for example, he places ideas that break down barriers of perception. He concludes, “Start and end with a focus on doing good for others. It’s enlightened self-interest. The good will come back to you and yours. Random innovations die. Those who are committed to the cause will not let purpose-drive innovations fail in the end.” Stevens ends with a different plea, “I entreat you to step back, from time to time at any rate, and ask the big abstract questions. It can be fun. It can be exhilarating. And, who knows, it may even end up leading to that next great breakthrough in technology for you, too.”