Marketing to the Individual

“Last year marked a turning point in marketing,” writes Liz Crawford, vice president of insights and strategy at Marketing Drive, “it was the moment when genuine, one-to-one marketing was finally realized.” [“Market of One,” The Hub Magazine, March/April 2013] You can’t get much more personal or target your audience more completely than that. Crawford explains that the dream of one-on-one marketing is not new. She writes:

“In their 1996 book, The One to One Future, Don Peppers and Martha Rogers envisioned personalized marketing on an individual level for millions of buyers. In 2012, advances in mobile communications and big-data algorithms reached a tipping point, enabling marketers to personalize pricing and the shopping experience on a mass scale. While these developments are still in their infancy, they have opened the door to unprecedented opportunities, watch-outs and responsibilities.”

Individualized pricing is high on her “watch-outs” list. She recalls the furor last year “when it was discovered that Orbitz.com was showcasing higher-priced hotel deals to Macintosh versus PC users.”

“Hotel rooms were merchandised depending on the kind of computer the shopper was using, as well as the browsing and buying histories of the shopper. According to The Wall Street Journal, ‘The sort of targeting undertaken by Orbitz is likely to become more commonplace as online retailers scramble to identify new ways in which people’s browsing data can be used to boost online sales.'”

There is a difference between boosting online sales by offering the right person the right product at the right time and trying to gouge them. Companies that engage in the latter behavior are likely to suffer blowback as their nefarious practices are revealed. And in today’s “always on” world, those kinds of practices will be discovered and revealed. One of the reasons that Crawford believes that 2012 marked a tipping point in targeted marketing is because “this past year … such personalization found its way in-store.” Crawford reports that individual pricing works a little differently once a shopper is walking down the aisles of store. In that circumstance, stores can use loyalty data to better understand the customer and offer them ever more tempting prices to get them to make a purchase. She explains:

“In July 2012, Safeway introduced its Just for U loyalty-card program. Based on the shoppers’ buying history, this platform generates personalized coupons as well as individualized pricing. Shopper ‘A’ gets a different price than Shopper ‘B,’ on the same item. Promotional offers and pricing provide incentives to each shopper differently. The idea is that the offers are increasingly relevant and compelling to potential buyers. The advantages of this approach are worthwhile for the marketer. Individualized — or dynamic — pricing presents an opportunity for marketers to increase their ‘share of shopper,’ or as Peppers and Rogers would say, ‘share-of-customer.’ While early mass-marketing focused on getting share-of-market, personalized marketing focuses on gaining share-of-customer. The One to One Future claimed: ‘The share-of-customer marketer will concentrate on one customer at a time, and try to sell that customer as many products as possible over the customer’s lifetime.’ In fact, personalized pricing plays out this vision perfectly. In an interview with Drug Store News, Steve Burd, CEO of Safeway, explained that the Just for U program increases share-of-customer: ‘We have countless examples of people who used to spend $50 with us now [spending] $150 with us. We want more of that.'”

Safeway’s offering one customer a different price than another customer may sound like the same tactic being used by Orbitz, but it’s really not. Orbitz priced their goods differently on the assumption that Mac users are willing to pay more for products than PC users. Safeway’s program is based on a shared relationship with the consumer (its loyalty program) and actually rewards that loyalty by providing customers products they want at prices they can’t pass up. It’s a win-win. As Crawford writes, “Personalized pricing is based on the individual’s habits and proclivities. This is price elasticity for a market of one.” She goes on to raise the issue that last summer’s Orbitz headlines raised — fairness. “Is individual price elasticity fair?” Crawford continues:

“There are two sides to the issue. On the one hand, personalized marketing is fair insofar as the program is voluntary and ultimately benefits the shopper. On the other hand, which shopper gets the better deal, and how is that determined? Many shoppers see the advantages of personalized pricing and promotions. The convenience and efficiency of tailored marketing is especially appealing. One shopper on consumerist.com remarked: ‘Kroger sends me coupon packs (two so far this month) tailored to my past purchases. I will use at least 80 percent of the coupons, compared to the near-zero percent from the random mailers that get put in my mailbox. I think it’s a great deal.’ In a similar vein, a shopper said: ‘I love the new Safeway thing. I hope it gets very accurate after some use. I couldn’t even come close to caring if a supermarket tracks what I buy. So, for me, this is perfect …’ On the other hand, some shoppers are unsettled by individualized promotions. While most consumers are inured to the idea of giving up some privacy in return for discounts, the canny use of data mining still spooks a significant number. According to one consumer: ‘I find something inherently creepy and unfair about targeting these “secret’ deals.” I’d rather they were open to everyone, even if they’re not advertised.’ Another articulates her emotional reaction to customization as ‘strangely manipulative and controlling.'”

Frankly, I side with those who find personalized marketing a good thing. The so-called “secret deal” for the targeted marketer was earned by bartering personal shopping data (through the loyalty program) for better prices. Every grocery chain that has a loyalty program makes it abundantly clear that program members are going to get a better deal than non-members. Personalized deals take that bargain one step further and make the bargain between retailer and customer just that much better. If customers want to make sure that purchases that aren’t tracked, they simply don’t use the loyalty card at check out. Customers have complete control over the data they share. Nevertheless, Crawford reports, some critics believe that individual pricing is not fair commerce. She explains:

“Beyond privacy concerns, the real crux of the individual pricing issue is fair commerce. Who is getting a good deal and why? ‘There is a sense of fairness that’s derailed here, ‘Professor Joseph Turow of the Annenberg School of Communications told The New York Times. On blogs and feedback forums, consumers have voiced concerns about racial and income discrimination in connection with personalized pricing. The responsibility of owning consumer data, and customizing pricing, does provoke a certain demand for transparency. Recently, in the UK, personalized pricing has attracted the attention of the government. Today, British consumers can ask companies to release data about their energy consumption, and according to a BBC report, the government may eventually require supermarkets to release their data on shoppers. Calls for increased transparency are coming from shoppers, as well. Stores that advertise prices on shelves (such as Trader Joe’s), have been held up as examples of fairness in blogs and public discussion forums. Likewise, in describing the difference between personalized pricing and movie-ticket pricing, one consumer wrote, ‘There is a crucial difference: the movie theater’s prices are posted. You might not get the student discount or the matinee price but you know it exists.’ In the court of public opinion, transparency is a key to fairness.”

Most supermarket chains do advertise the difference between the member and non-member price of items. They would be silly not to. After all, they want people to join their loyalty program so they can gather better information about the preferences of their customers. As long as shoppers know that there is a possibility of even greater savings if they join the program, fairness really shouldn’t be an issue. “As a practical matter,” Crawford writes, “retailers may have an incentive to offer some public information, because pricing transparency may be discoverable as consumers can compare prices on social networks.” Crawford does, however, raise a very interesting point about the potential downside of individual promotions. “At least theoretically,” she notes, “a price differential opens the door to an arbitrage market and middlemen.”

In the world of finance, arbitrage is the practice of taking advantage of a price difference between two or more markets. You buy low in one market and sell whatever you bought in a market that is paying a higher price. If you don’t like the arbitrage analogy, Crawford writes that you could think about the potential middleman as a “reverse scalper.” She explains:

“A traditional scalper sells at a price higher than a ticket’s face value. But reverse scalpers could advertise their ability to buy low. They could then sell to you at a price lower than you could buy on your own. This business model could be based on the margin differential, or on referral fees. While I had conceived of this phenomenon as only theoretically possible, The New York Times recently reported that a start-up named Hukkster.com had just launched such a business. Hukkster sends price alerts on specific items to subscribers, but is also considering working with retailers to offer shoppers personalized discounts.”

It seems unlikely to me that much money is to be made by individual supermarket arbitrageurs. While it may seem that Hukkster is playing the role of an arbitrageur, it really is more of an alerting system. It also doesn’t help retailers in their efforts to encourage shoppers to make impulse purchases. On Hukkster, people sign up, create a list of things they would like to buy, and then wait for the price of that item to drop. If you’re looking for instant gratification, you’ll be disappointed. On the hand, in-store personal promotions are aimed at getting a shopper to buy something they’ve shown a past interest in right then and there.

Crawford indicates that some retailers might not like the fact that savvy shoppers can “game the system.” She notes that one “blogger who was experimenting with the Just for U program discovered that bagged coffee was cheaper if she periodically switched brands. … Naturally, such behavior threatens to derail brand loyalty. Out-maneuvering the algorithm may become part of the shopping experience, unless marketers surrender some levers to the shopper.” I suspect the vast majority of shoppers will never game the system and, even if they did, retailers would probably still benefit by gaining more “share-of-the-customer.” Crawford concludes:

“The opportunities for personalized marketing are enticing, but must be pursued responsibly. The lessons of the last few years have shown that shoppers are calling for increased transparency, choice and control. Access to the same information and purchasing opportunities levels the playing field, and restores a sense of fairness. Ultimately, earning the shopper’s trust is a fair price for winning in the market of one.” 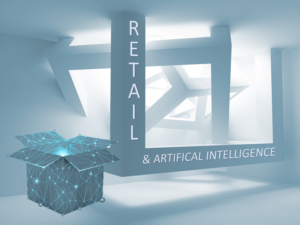