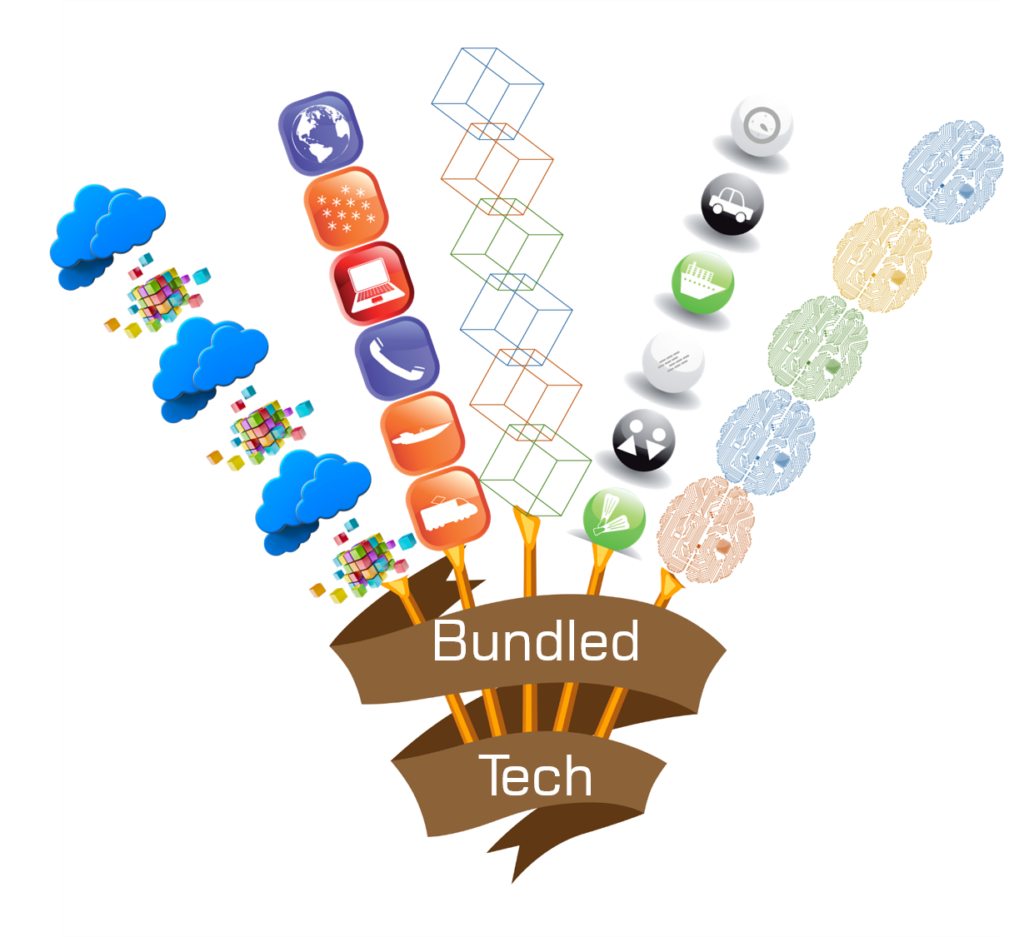 Bundling Blockchain with Other Technologies for Maximum Effect

“Blockchain is a decentralized database that enables trustless peer-to-peer transactions without the need for any intermediaries. In concrete terms, it means that businesses are able to pay one another and exchange assets directly without a trusted third-party. It also means that legal contracts can be established and automatically executed through what are known as “smart contracts,” which can manage agreements between two parties without the need for an outside arbitrator.”

Although blockchain may be disruptive on its own, its real power will be unleashed when its bundled with other technologies; specifically, artificial intelligence (AI) and the Internet of Things (IoT).

On the History Channel show American Pickers, pickers Mike Wolfe and Frank Fritz often try to get a better deal on the items they are picking by bundling them together. Bundling is often a good business practice. Business consultant Bernard Marr (@BernardMarr) believes the first technology with which blockchain should be bundled is artificial intelligence. He writes, “Blockchain and AI are two technological trends which, while ground-breaking in their own rights, have the potential to become even more revolutionary when put together.”[2] He explains, “Data held on a blockchain is by its nature highly secure, thanks to the cryptography which is inherent in its filing system. What this means is that blockchains are ideal for storing the highly sensitive, personal data which, when smartly processed, can unlock so much value and convenience in our lives. … An emerging field of AI is concerned with building algorithms which are capable of working with (processing, or operating with) data while it is still in an encrypted state. As any part of a data process which involves exposing unencrypted data represents a security risk, reducing these incidents could help to make things much safer.” AI also plays a role in Internet of Things operations.

Blockchain and the Internet of Things

When people discuss the Internet of Things, they are really talking about an ecosystem in which connectivity (i.e., the IoT) is only one part. The ecosystem begins with the sensors and machines generating data. That data is then transmitted via the IoT to platforms that can make sense of the data. The amounts of data generated by IoT-connected devices are so large they can only be effectively analyzed by an AI or cognitive computing platform. As DiGregorio noted, one economic sector poised to be disrupted by blockchain technology is the supply chain. The IoT is also poised to have a significant impact on supply chain operations. Bundling blockchain and IoT would, therefore, appear to be a natural progression. Jen Clark writes, “To understand the convergence points between the IoT and blockchain, it might help to take a closer look at one of blockchain’s most common use cases: the supply chain.”[3] She continues:

“Let’s remind ourselves of the steps a carton of milk might take on its journey from dairy farm to table:

In this example, the transport of perishable food stuffs (such as milk) is regulated by specific conditions that ensure it arrives at the point of purchase safely. To keep it safe for consumption, the milk must be chilled. If it rises above a certain temperature, it could be spoiled, and unsafe to drink. So how can we make sure milk stays the right temperature in transit? … Luckily, the IoT provides an alternative. Lightweight, connected sensors can do both the job of data collection and transmission, and they won’t mind getting cold. … Essentially, the connected sensors collect irrefutable evidence as to how the milk has been handled at each stage in its journey.”

Blockchain technology is what provides the “irrefutable evidence” (i.e., verification) of “how the milk has been handled at each stage in its journey.” How? Because stakeholders at each stage add their “block” to the chain. If the chain is broken, a problem has occurred.

Samual Alister, a big data specialist with Aegis Soft Tech, believes blockchain offers another huge benefit to IoT operations: security. Security is one of the greatest challenges facing wide IoT usage. Alister explains, “Security of transactions and operations is the one thing Blockchain technology promises, and the one thing the Internet of Things technology lacks! Through a winning combination of IoT and Blockchain, a lot of challenges that face IoT can be reduced and a lot of newer applications of Blockchain can be innovated.”[4] Sally Johnson agrees with Alister. “Blockchain-based platforms,” she writes, “are emerging as one of many options to securely connect artificial intelligence with IoT at the network edge.”[5] Why is IoT security such a big deal? Johnson explains, “Connecting AI and IoT involves trust issues because the internet of things relies on sensors and infrastructure that exist far beyond the realm of data centers — reaching into homes and vehicles, as well as public and remote spaces.” Data breaches are all too common and it’s hoped blockchain technology can reduce the impact of those breaches.

Innovation often involves bundling existing technologies in new ways. Blockchain technology bundled with other technologies, like AI and IoT, has the potential to generate real innovation breakthroughs in many fields. Christian Catalini, an assistant professor of technological innovation, entrepreneurship and strategic management at Massachusetts Institute of Technology, reminded Johnson, the technology surrounding blockchain is still in its early stages “There are many experiments underway, from IoT to AI, to new types of digital platforms,” he told her. “It will take time for these solutions to develop and to reach consumers and businesses.” DiGregorio adds, “Without a doubt, the landscape of many markets will change over the next few years, including healthcare, advertising and even social media. Regardless of the price of bitcoin, blockchain technology is here to stay, and which businesses are left standing will likely come down to how well companies are able to adapt.”