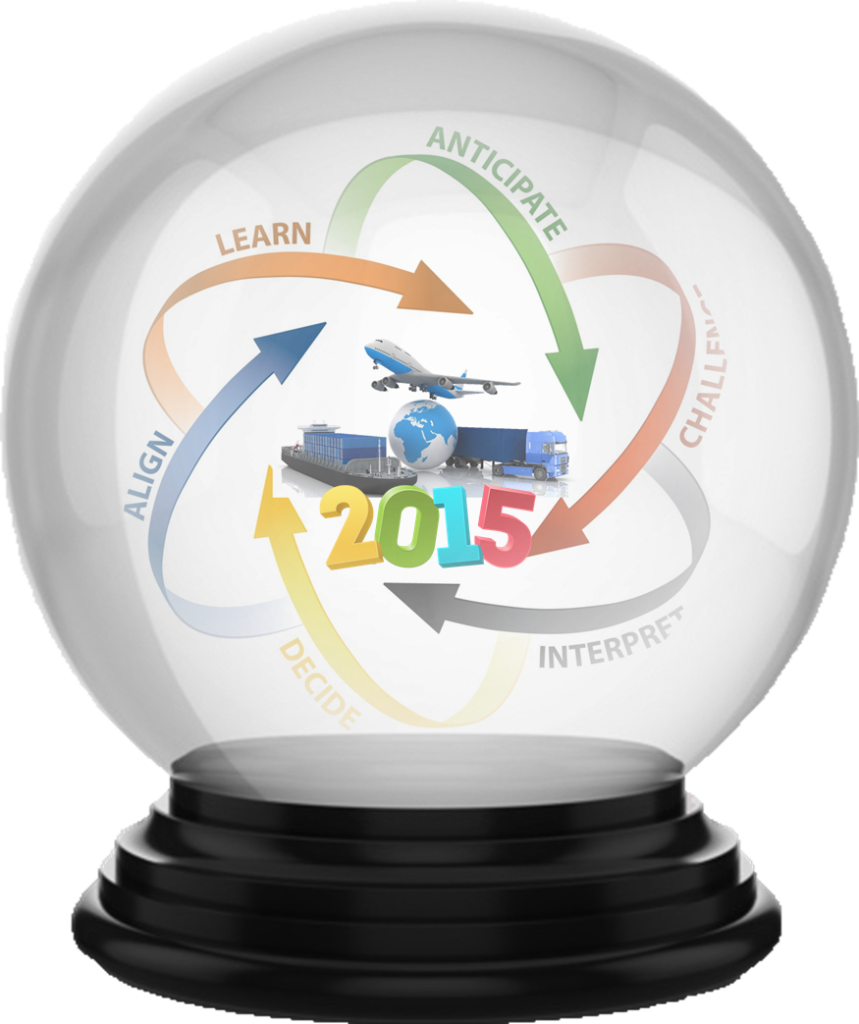 Some of these trends might surprise you. For example, one trend identified by analysts at Strategic Sustainability Consulting is “Radical Transparency” which they define as the “rapid increase in consumer access to data and information.”[2] How can radical transparency disrupt your supply chain? Ask any company whose reputation has suffered as a result of bad reviews that have gone viral on the Internet. These kinds of negative campaigns have actually put companies out of business. If the bad reviews are a result of poor quality control or bad customer relations, it means that the resulting situational disruption was caused by a chronic condition that could have been addressed. The Strategic Sustainability Consulting analysts identified a few other trends that could also create supply chain disruptions down the road. They are: Rise of the Sharing Economy — the shift away from consumerism to shared and rented material items; the Circular economy — the move towards closed-loop, zero-waste industrial systems; Water Insecurity — a growing freshwater scarcity and price fluctuations; Resource scarcity — as key natural resources grow scarce and expensive, global supply chains will feel the impact; Geopolitical instability — competition for resources and at-odds ideology drive local, tribal, and national unrest; and Coping with climate change — direct impacts (extreme weather, sea level rise) and societal response (regulation, adaptation).

It’s easy to imagine how disruptions could result from some of those trends (e.g., geopolitical instability, resource scarcity, and climate change); but, one has to be a bit more imaginative to understand how changing business models (like circular and sharing economies) could threaten and disrupt a company. The Strategic Sustainability Consulting analysts identified one other trend worth noting: Ubiquity of Data — which comes with both big data benefits and privacy concerns. There is not a single large corporation that should feel they are secure from suffering a data breach. And as companies like Target have learned, breaches are often made through a vendor or service provider whose systems are not as robust as theirs. I think I can safely predict that there will be more breaches in the year ahead.

Even when you can predict potential disruptive events, you might not get everything right. For example, everyone knew that the International Longshore and Warehouse Union contract was expiring last summer and that difficult negotiations could create disruptions. Nevertheless, Robert J. Bowman, Managing Editor of SupplyChainBrain, writes, “Who would have guessed that marine terminal operators and the International Longshore and Warehouse Union would still be negotiating five months after expiration of their previous contract? Or that a number of other glitches would collide to create unprecedented congestion on the docks?” [“West Coast Port Congestion: A Lesson in Risk Management,” SupplyChainBrain, 8 December 2014] The negotiations are still ongoing. Bowman points out that it wasn’t just union negotiations that led to the problem. He explains:

“Now throw in the impact of larger containerships, which spew out huge numbers of boxes at marine terminals at a time; confusion and equipment shortfalls caused by the decision of most ocean carriers to stop providing chassis; a chronic shortage of qualified truck drivers; a dispute over how drayage truckers are classified; intermodal rail capacity issues caused by a surge in oil, natural gas and coal production; and the usual seasonal peak of import container volumes from Asia. It’s no wonder that the flow of boxes at major West Coast terminals has come to a virtual halt.”

You begin to see why it’s so difficult to predict what could disrupt supply chains in the year ahead. “Richard Nason, a partner at financial risk consulting firm RSD Solutions and associate professor of finance at the Rowe School of Business, Dalhousie University, says predicting risk in itself may be risky. And Greg Cybulski of Aon Global Risk Strategy says there are potential risks the business community may not even be considering.”[3] Although Nason is hesitant to predict what situational risks might be coming down the pike, he told Lawrence, “I actually [think] the biggest risk to an individual company … is the rigidity of the risk management frameworks that we have in place.” Along those same lines, he stated, “From the business disruption [perspective], I think that a lot of the leading companies are really concerned about whether they have the thinking power, which is very different from the knowing power. Knowledge is almost a commodity now; do we have the thinking power to deal with whatever may come our way?”

Analysts at PricewaterhouseCoopers (PwC) didn’t shy away from the challenge of predicting trends that could impact supply chain functions in the future. According to Hannah Bender, PwC analysts predicted five forces that would transform the risk landscape in the coming year.[4] Those forces are: Social Media; Technology; Environment; Economics; and Politics. None of those forces come as a surprise. I discussed the risks associated with social media above, Bender adds, “The tracking of these interactions provides valuable new sources of Big Data, but it also allows for the viral speed of negative news and misinformation to lead to a sudden loss of value, which can be crippling for client relationships.” The risks associated with technology primarily relate to cybersecurity. Environmental risks include those resulting from climate change, like severe storms, and other natural disasters, mostly in developing countries. Bender writes, “These regions also happen to be climactically or seismically unstable. To make matters worse there is often a lack of risk information available to ensure pricing adequacy.” Economic risks identified by the PwC study are associated with globalization and extended supply chains. Bender explains, “Globalization has resulted in the creation of ever more diffuse supply chains, which is another top concern for survey participants. Supply chain risk is starting to become a bigger consideration for the manufacturing strategy than costs within many major corporations, the survey reveals.” Political risks identified by the study highlight the fact that governments are no longer willing to play the role of “insurer of last resort,” which becomes critical if major or multiple loss events occur.

The closest we might ever come to having a crystal ball is having a cognitive computing system in place that can monitor and make sense of the many variables that can affect supply chains. Bowman’s example of West Coast dock congestion clearly demonstrates that risk managers need help monitoring things like ship schedules, port capacity, truck and rail availability, weather, and so forth. I might not be able to predict what events will disrupt supply chains this coming year, but I can predict that too many companies won’t be as prepared for those events as they should be.