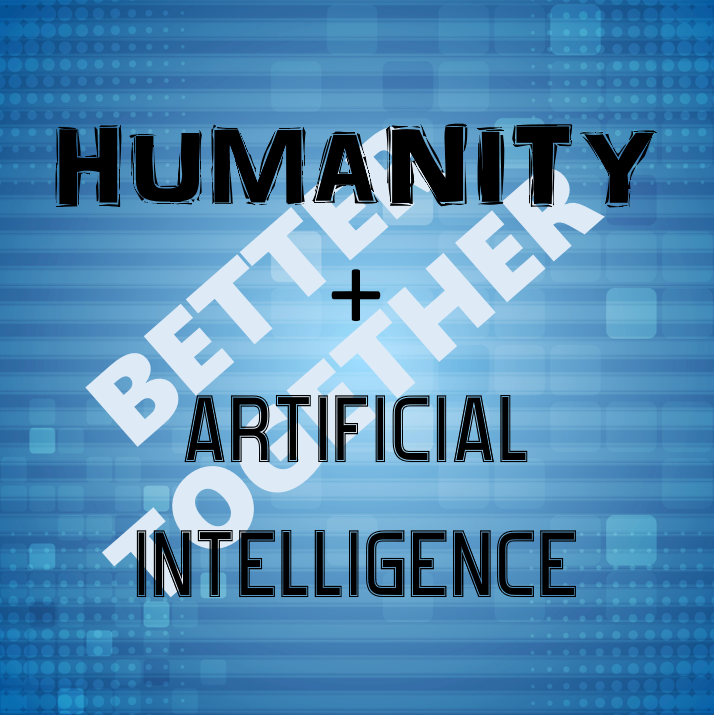 Artificial Intelligence: Where Are We Now?

The term “artificial intelligence” (AI) invokes both hope and fear. The hope is AI will help us solve challenges like global warming, cancer, and feeding the world. The fear is AI will become smarter than humans and eventually see humankind as a threat needing to be eradicated. The debate about the future of AI rages and will likely continue well into the foreseeable future. Michael Totty writes, “When it comes to artificial intelligence, there’s a clear consensus: It is a growing presence in our offices and homes. But the consensus ends when you ask the next question: What will it mean? To some experts, an AI world means more jobs, and more interesting ones; to others, it means a devastating loss of employment opportunities. To some, it means a deadly threat to human existence; to others, it means better health and longer — perhaps much longer — lives. To some, it means a time when AI can help us make smarter decisions; to others, it means the destruction of our privacy.”[1] While it’s wise to look down the road to see where the AI journey may take us, we need to remember we’re in the early stages of our trip. Joey Velez-Ginorio (@joeyginorio), a PhD student in Brain and Cognitive Sciences at the Massachusetts Institute of Technology, explains, “Many think we’ll see human-level artificial intelligence in the next 10 years. Industry continues to boast smarter tech like personalized assistants or self-driving cars. And in computer science, new and powerful tools embolden researchers to assert that we are nearing the goal in the quest for human-level artificial intelligence. But history and current limitations should temper these expectations. Despite the hype, despite progress, we are far from machines that think like you and me.”[2]

The current state of AI

“By now,” writes futurist Bernard Marr (@BernardMarr), “most of us are aware of artificial intelligence being an increasingly present part of our everyday lives. But, many of us would be quite surprised to learn of some of the skills AI already knows how to do.”[3] He goes on to list thirteen things AI systems can do today (at least in a limited way). They are:

1. Read. An AI-powered system called SummarizeBot, that can read and summarize documents.
2. Write. Many well-known news organizations rely on AI to write formulaic pieces.
3. See. AI-powered machine vision is used by autonomous vehicles and for facial recognition among others.
4. Hear and understand. AI is used to detect gunshots and alert relevant agencies.
5. Speak. Most of us have had verbal exchanges with AI-powered assistants like Alexa or Siri.
6. Smell. AI researchers are developing systems that will use odors to detect illnesses.
7. Touch. According to Marr, “There’s a robot that can identify ‘supermarket ripe’ raspberries and even pick them and place them into a basket!”
8. Move. We’re all familiar with AI-powered robots.
9. Understand emotions. Understanding emotions is a spin-off of machine vision. Marr explains, “Market research is being aided by AI tools that track a person’s emotions as they watch videos.”
10. Play games. Routinely we read about an AI system beating humans at a difficult game.
11. Debate. Marr reports, “IBM’s Project Debater showed us that artificial intelligence can even be successful at debating humans in complex subjects.”
12. Create. AI systems have been used to create art, music, and poetry.
13. Read your mind. Marr writes, “This is truly mind-boggling — AI that can read your mind! It can interpret brain signals and then create speech.”

While those are all amazing accomplishments, they don’t come close to approaching artificial general intelligence. Velez-Ginorio explains, “More work pops up each year addressing common sense and deep learning, though with limited success. As a result, there are some deep learning aficionados with much more sober, humble forecasts of human-level artificial intelligence. Take for instance what Yann LeCun, a recipient of this year’s Turing Award, [who] said: ‘Machines are still very, very stupid. The smartest AI systems today have less common sense than a house cat.'” Does that mean AI systems aren’t useful? Marr’s list suggests otherwise. There are currently three types of AI being developed. They are:

Neither weak nor strong AI systems are going to take over the world. They are, however, extremely useful.

AI in the future

Tech writer Joe McKendrick (@joemckendrick) reports, “A survey of more than 1,000 executives, released by RELX, confirms this is the golden age of AI. Adoption, for one, has continued to climb in the last year, jumping from 48 percent in 2018 to 72 percent in 2019. Executives, to say the least, are pumped. No less than 93 percent say that emerging technologies, including AI and its close siblings of deep learning and machine learning, are helping their businesses be more competitive.”[4] Business executives might be pumped, but Michael J. Miller (@m_j_miller), Chief Information Officer at Ziff Brothers Investments, reports they are also struggling with AI implementation.[5] He draws that conclusion from remarks made by Gartner Vice President Svetlana Sicular (@Sve_Sic) at an annual Gartner event. Miller reports, “[Sicular] noted that when asked what challenges [business executives] faced in adopting AI, the top concerns are the lack of skills on staff, the quality of the data they have available, and also understanding the real benefits and uses of AI. … Sicular also suggested that many organizations should start with the concept of ‘augmented intelligence,’ essentially traditional business intelligence, but aided by machine learning. Organizations should start small, achieve benefits, and then ramp up.”

Futurist Kurt Cagle (@kurt_cagle) agrees augmentation will play a large role in the future of human/AI relationships. He writes, “Augmentation is likely to be, for some time to come, the way that most people will directly interact with artificial intelligence systems. The effects will be subtle — steadily improving the quality of the digital products that people produce, reducing the number of errors that show up, and reducing the overall time to create intellectual works — art, writing, coding, and so forth.”[6] He adds, “This means that augmentation AI is also likely to be the next front of an ethical battleground, as laws, social conventions and ethics begin to catch up with the technology.” Miller concludes, “Gartner predicted that by 2020, ‘augmented analytics,’ a term which covers traditional analytics augmented with AI, will be a dominant driver of new purchases of analytics and business intelligence (BI), as well as of data science and machine learning platforms, and of embedded analytics.”