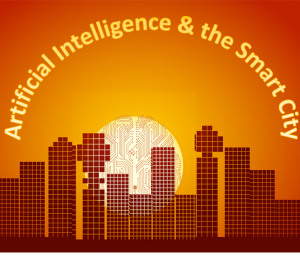 Artificial Intelligence is what will Make Smart Cities Smart

In his book, The Demon-Haunted World: Science as a Candle in the Dark, the late Carl Sagan wrote, “There are naive questions, tedious questions, ill-phrased questions, questions put after inadequate self-criticism. But every question is a cry to understand the world. There is no such thing as a dumb question.” It has also been said, “If you ask a question it makes you look stupid for 5 minutes — but if you don’t ask — you stay stupid for fifty years.” Although I sympathize with those sentiments, occasionally you are asked a question that seems dumb. For example, the headline to an article written by Donal Power (@CriticalVC) asks, “Will smart cities need AI to truly flourish?”[1] It’s a dumb question. Of course smart cities need artificial intelligence (AI) to flourish. Artificial intelligence provides the brains that put the “smart” in smart cities. To be fair, Power doesn’t pose that question in the body of his article; so, either the headline was an afterthought provided by someone else or an ill-advised attempt to be provocative. As Sagan suggested, let’s assume the question is “a cry to understand the world” — or, in this case, a cry to understand smart cities.

Why Artificial Intelligence is required to Make Smart Cities Smart

In that light, the real question Power is asking is: What is the best way to implement artificial intelligence systems in smart cities? Before answering that question, let’s lay a little groundwork. In a previous article, I wrote, “Cities are unique. Like a Siren’s call, their uniqueness beckons residents and tourists alike; and, that uniqueness should be celebrated and preserved. That’s why trying to develop a template for smart cities (or trying to settle on a single definition of a smart city) may prove futile.” Even though every city is unique, smart cities do share common characteristics. Primarily, to be considered a smart city a metropolitan area needs to blend the right combination of people, processes, technology, and policies. Every discussion of smart cities should begin with people. After all, the primary objective of a smart city initiative should be to make urban life better for people who live in metropolitan areas. To do that, systems need to operate effectively and resources need to be used as efficiently as possible.

The problem, according to Deutsche Telekom board member Claudia Nemat (@claudianemat), is that “smart city deployments collect data that is analyzed vertically.”[2] In the corporate world, pundits have been arguing for years that the existence of information silos is bad for business. In order to align corporate goals and strategies, analysts insist those information silos must be torn down so that information can be shared across the enterprise. The same holds true for cities desiring to earn the “smart city” label. As the Internet of Things (IoT) matures, urban systems will begin gathering oceans of data. Nemat states, “The content of such data ‘oceans’ will be so massive, and the relevant analysis so complex, that only artificial intelligence will be able to carry out the relevant data processing and forwarding with the necessary accuracy and speed.” But, as Power notes, what is truly necessary is not just accurate and rapid analysis but horizontal analysis. “In order to effectively utilize all this data, … smart cities need to develop the capability to analyze data horizontally, not just vertically.”

IBM believes smart cities should have six core systems that should be optimized both individually and holistically. Those “systems” are: people; business; transport; communication; water; and energy. I would add a seventh system — waste management (which would include both trash and sanitation). Although systems, such as, transportation and water systems, can be made more efficient using siloed data, the real benefits of making cities smart using big data analytics comes when data can be integrated to discover new relationships between systems. Like Nemat, John Chambers and Wim Elfrink (@WimElfrink) believe a horizontal (or holistic) approach actually defines what it means to be a smart city.[3] They explain:

Roberto Saracco, President and Node Director of the European Institute for Innovation and Technology (EIT) Italy, asserts cities have always been smart to a certain extent. He points to the very existence of “systems” and the technologies employed in those systems to demonstrate that point. He argues that urban systems help keep cities in dynamic equilibrium.[4] He asks us to keep one thing in mind as we discuss smart cities, “There are no ideal cities, there never were, there never will be.” He continues:

Cognitive Computing to the Rescue

I agree with Saracco that there never will be an ideal smart city. The best we can hope for is that smart city stakeholders will make the best-informed decisions they can as they move forward. Kevin Chen, Vice President of Analytics and Chief Scientist for Experian’s North American DataLab, asserts that big data can be used to make better decisions and drive smart growth.[5] He explains:

Some observers have likened a city to a living organism. The people form the heart of the city; but, in the future, cognitive computing systems will provide the brains and the Internet of Things will provide the central nervous system that connects all parts of the city to the brains. We can and must operate our urban systems more efficiently and use our resources more wisely. Artificial intelligence can help do just that.