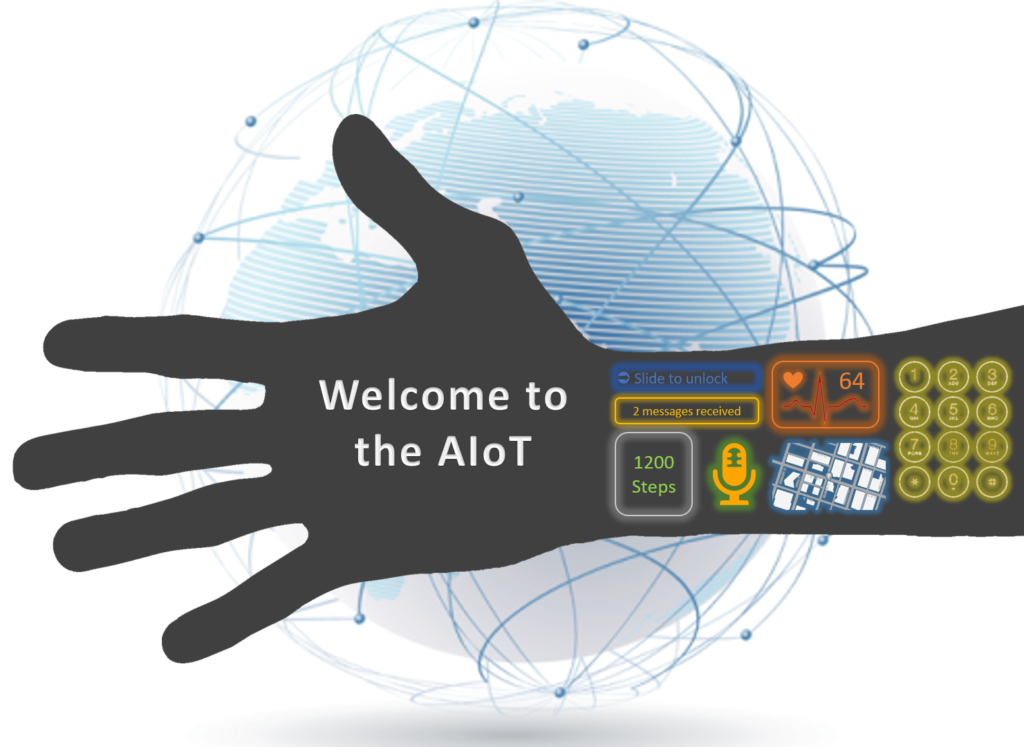 A score of years ago, my friend Dr. Thomas P.M. Barnett wrote, “The defining achievement of the New Economy in the globalization era will be the Evernet, a downstream expression of today’s Internet, which most of us still access almost exclusively through bulky desktop personal computers anywhere from a few minutes to several hours each day. Over the next ten or so years, this notion of being ‘online’ versus ‘offline’ will completely disappear.”[1] Over the intervening decades, we have witnessed the growth of the Internet (which provided person-to-person connectivity) and the Internet of Things (which provided machine-to-machine connectivity). The line between the two Internets has been blurring for years — bringing them ever closer to the Evernet concept Barnett envisioned so many years ago.

Cognitive technologies are empowering this move towards Evernet-like connectivity. Business consultant and AI expert Louis Columbus (@LouisColumbus) explains, “The key to getting more value from industrial internet of things (IIoT) and IoT platforms is getting AI and machine learning (ML) workloads right.”[2] So important are cognitive technologies to the future of the IoT that some experts are now referring to it as the Artificial Intelligence of Things (AIoT). “The Internet of Things is a technology helping us to reimagine daily life,” writes Anupa (Iman) Ghosh, “but artificial intelligence is the real driving force behind the IoT’s full potential. From its most basic applications of tracking our fitness levels, to its wide-reaching potential across industries and urban planning, the growing partnership between AI and the IoT means that a smarter future could occur sooner than we think.”[3]

The Convergence of AI and IoT

The link connecting cognitive technologies and IoT is data. The IoT generates enormous amounts of data and cognitive technologies feed on enormous amounts of data. Subject matter experts from KORE, a global leader in IoT, explain, “Artificial Intelligence of Things is the next key step for IoT — transforming the process of analyzing data and turning it into action. IoT will help with a new generation of AI enablement due to the aggregation nature of IoT. At its core, IoT is gathering massive amounts of data. And as that data is processed through the data-hungry algorithms of AI, the analytical and action parts of IoT will be greatly enhanced.”[4]

How important will the AIoT become? Mark Lippett (@mlippett), CEO of AI chip company XMOS, predicts it will be huge. “If you look at the biggest technological breakthroughs of the past 100 years, what do you think of straight away?” he asks. “Perhaps the invention of the electronic television? Or the invention of microwaves? Or of course, the rise of computers, the internet and the smartphone? Whatever springs to mind at the moment, in about 20 years’ time, you might want to think about adding the ‘artificial intelligence of things’ to your list.”[5] He adds, “Functioning as the convergence of artificial intelligence and the internet of things, the AIoT represents a new way of delivering AI — taking it out of the data center and embedding it directly in the devices we are surrounded by daily.”

Why the AIoT is a Big Deal

When you read remarks like those above, you might ask yourself, “So what? What’s the big deal about embedding AI in the devices we use daily?” At the very least, writes the editorial staff at CIO Applications, cognitive technologies will make the IoT more user friendly. They specifically point to a type of artificial intelligence known as cognitive computing. They explain, “Giving computer systems the ability to solve complex problems for themselves [is] referred to as cognitive computing. … When a traditional system can’t complete a task, cognitive computing sees an opportunity to increase its intelligence.”[6] Rather than labeling the convergence of AI and IoT the AIoT, they call the next iteration of the IoT the Cognitive IoT.

Regardless of what you call it, the AIoT is a big deal. Lippett explains, “This way of delivering AI is a game-changer for almost every industry, including the smart home, healthcare, transport, manufacturing and many more. The technological possibilities are almost endless — from traffic monitoring and security within smart cities to remote patient monitoring in healthcare and true personalization in smart homes. The most exciting part is that we probably haven’t even thought of the most powerful implementations of the AIoT in our society.” And Columbus believes the AIoT will develop quickly. He predicts, “The bottom line is that edge AI-based IIoT/IoT networks will be the de facto standard in industries that rely on supply chain visibility, velocity, and inventory turns within three years or less.”

According to Columbus, a survey conducted by Microsoft and published in “IoT Signals Edition 2” found, “A full 90% of enterprise decision-makers believe IoT is critical to their success. … Microsoft’s survey also found that 79% of enterprises adopting IoT see AI as either a core or a secondary component of their strategy. Prescriptive maintenance, improving user experiences, and predictive maintenance are the top three reasons enterprises are integrating AI into their IIoT/IoT plans and strategies.” Lippett believes most of the important work done by the AIoT will be done at the edge. He explains, “The reason the AIoT has so much potential is because of how it delivers AI. It fundamentally breaks away from the traditional cloud computing structure. By embedding intelligence directly within end devices themselves, whether it’s smart speakers in the home or smart traffic cameras in a city, we change everything.”

According to Lippett, the AIoT may not develop quite as quickly as Columbus predicted because it still faces challenges; however, he is not ruling out the possibility. “The success of the AIoT,” he explains, “is completely dependent on the continued development of the technology underpinning it. While we can theorize about the impact it will have on society, there are still many drawbacks to the current generation of processors that prevent it from being introduced on a large scale.” When the challenges are overcome, the CIO Applications staff predicts a “third age of computing” will arrive. As a result, they note, “IoT will become more advanced, intelligent, and interactive as a result of cognitive computing.” Lippett agrees. He concludes, “The AIoT will become a real force. Time will tell, but perhaps adding AIoT to your ‘biggest tech breakthroughs in modern history’ list will happen sooner than you think.” It will certainly edge us closer to the Evernet Barnett envisioned twenty years ago.