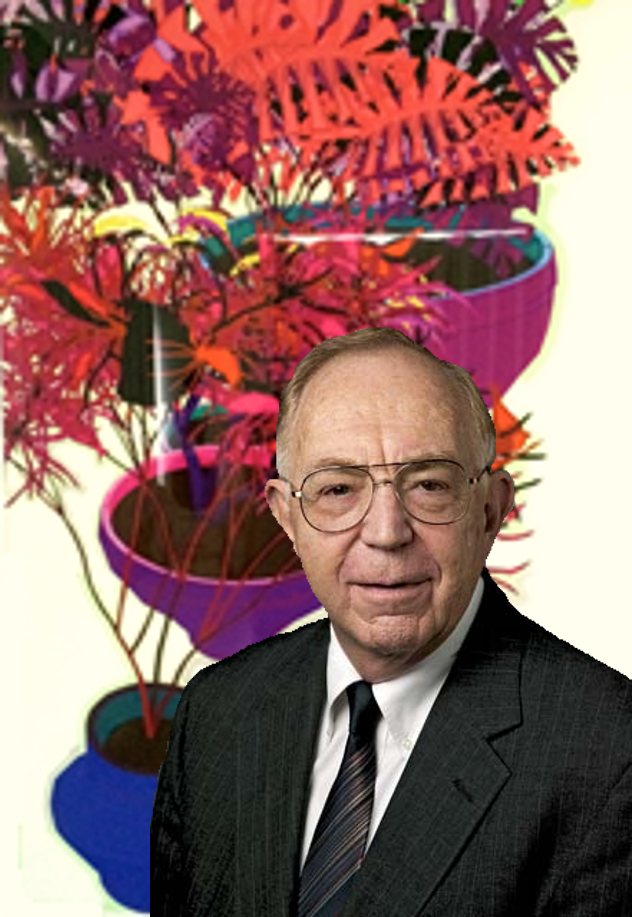 Creativity has been touted as one of humanities greatest abilities. The creative mind was supposed to make us unique and immune from the rise of artificial intelligence. Dr. Ed Feigenbaum isn’t sure that argument holds water. I first heard him make his arguments several years ago. So when I started selecting speakers for the First Annual Enterra Solutions® Cognitive Computing Summit, Dr. Feigenbaum was high on my list to reprise his talk for Summit participants. Feigenbaum defines artificial intelligence as “information-processing computational models of cognitive processes.” When Alan Turing first proposed the idea of computer intelligence, the world was fascinated with the recent development of computers. It seemed entirely likely back then, given the post-war exuberance for science, that artificial general intelligence (AGI) would be developed — it was only a matter of time. It turns out, of course, that AGI wasn’t so easy. It remains an elusive goal. Nevertheless, Feigenbaum pointed out during his presentation that some very creative things have emerged over the past sixty years. Those “creative acts” are what provide the WOW in the field of artificial intelligence (AI).

Feigenbaum noted that not everything labeled “creative” really is. One reason is that the WOW factor is often provided by combining several existing pieces of technology (technologies which in of themselves don’t provide the wow factor). He calls this “combinatorial creativity.” This kind of creativity has been noted in fields of all kinds. It is often achieved when individuals from different disciplines collaborate. Each individual brings with them a different perspective, different knowledge bases, and different experiences. Frans Johansson believes this kind of collaboration results in what he calls “the Medici Effect.” The effect is named after a wealthy and powerful Italian family that played an important role during the Renaissance. The family’s wealth permitted it to support artists, philosophers, theologians, and scientists, whose combined intellect helped burst the historical pall known as the Dark Ages.

Feigenbaum argues that Wow Factor created by artificial intelligence often involves a heuristic approach (i.e., a way to narrow the effective scope of the space — “this is where expert systems come in”). He cites his Stanford colleague, George Pólya, “Heuristics is the art of good guessing of paths in this space to make search for behaviors computationally tractable,” where the computational space is the growing tree of permitted paths from an initial state to a result. Feigenbaum argues, instead of being satisfied with solving a problem — finding a needle in the haystack that represents a viable pathway, metaphorical AI creativity requires finding not just any needle, but a golden needle. This exemplifies the Wow Factor. In the field of AI, Feigenbaum says that a “creative cognitive act” is one that is:

Early attempts at AI used ambitious decision trees that simply didn’t measure up to the tasks at hand. As Feigenbaum puts it, “For interesting problems, the number of paths is huge, sometimes astronomical.” As a result, some problems simply couldn’t be “searched by brute-force computation.” That’s one reason that scientists are so interested in developing quantum computers that can use brute force to tackle problems in a reasonable timeframe. Returning to the subject of combinatorial creativity, Feigenbaum noted that the “combinatorial space” is immense. It involves “the exponentially-growing ‘tree’ of all possible paths from an initial state to a result.”

One of the WOW moments discussed by Feigenbaum was a computer program written in the mid-1950s by Allen Newell, Herbert A. Simon, and J.C. Shaw. They called the program “Logic Theorist.” Logic Theorist is widely recognized as the first AI program (i.e., “the first program deliberately engineered to mimic the problem solving skills of a human being”).[1] The program was eventually used to “prove 38 of the first 52 theorems” in Alfred North Whitehead’s and Bertrand Russell’s 3-volume work entitled Principia Mathematica. In some instances, the program was able to “find new and more elegant proofs” than those published Whitehead and Russell. Feigenbaum referred to correspondence between Herbert Simon and Bertrand Russell in which Simon pointed out that the computer program had “created a beautifully simple proof to replace a far more complex one in the book.” In reply, Russell wrote, “I am quite willing to believe that everything in deductive logic can be done by a machine.”

Feigenbaum noted that Logic Theorist ran on a computer called Johnniac that ran about 20,000 bytes of operations/second. To demonstrate how far we’ve progressed, he compared Johnniac to his laptop which now runs millions of bytes of operations/second. The next breakthrough that Feigenbaum discussed was a program he created with his colleague Joshua Lederberg. Their program was called DENDRAL. As explained by the Encyclopaedia Britannica:

Modestly, Feigenbaum stated that DENDRAL functioned at the Ph.D. level but it was “not usually creative.” He said, “It was notable ‘first’ for AI, but was this creative? Maybe.” Another program developed at Stanford over a decade later, was also a breakthrough but never achieved widespread notoriety. The program, developed by my good friend and business associate Dr. Douglas B. Lenat, was called Eurisko. George Johnson relates a version of the story told Feigenbaum at the conference. [2] He writes:

Feigenbaum also discussed a program called Aaron that was developed by Harold Cohen, an Emeritus Professor of Visual Arts at UC San Diego. Aaron creates art, which Cohen examines, ranks, and prepares for sale. Aaron’s art is really quite stunning — a visual WOW. To prove the point, Feigenbaum showed an Aaron-created painting that hangs in his home (see image above). He concluded his remarks by insisting, “The most creative acts will likely come from ‘creative human-computer’ teams, with one or more people collaborating with a heuristic search program.” So maybe humans will have a place in the future after all.

Footnotes
[1] “Logic Theorist,” Wikipedia
[2] George Johnson, “Eurisko, The Computer With A Mind Of Its Own,” The Alicia Patterson Foundation, 6 April 2011.