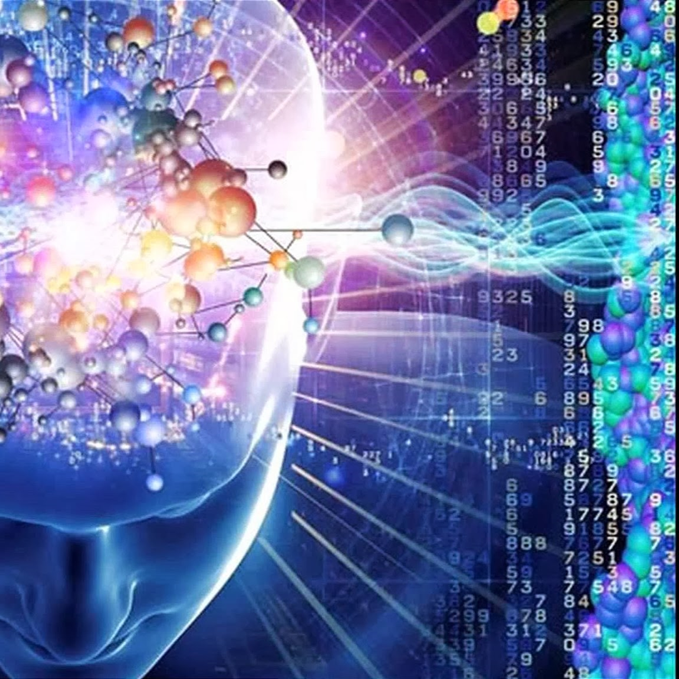 Artificial Intelligence in the Future

“We may not be aware of it,” writes Simon Worrall (@simonworrall), “but machine learning is already an integral part of our daily lives, from the product choices that Amazon offers us to the surveillance of our data by the National Security Agency. Few of us understand it or the implications, however.”[1] Well-known companies like Google, Microsoft, Apple, and Facebook are all deeply involved in developing systems aimed at helping consumers find just what they want when they want it. “The common ground for the fierce competition between these technological giants,” reports Jennifer Neeley (@jennifered), CEO of JND Global, “is a concept, which is at least half a century old; Artificial Intelligence (AI).”[2] Neeley believes that artificial intelligence systems like Microsoft’s Cortana, Apple’s Siri, and Amazon’s Alexa represent only the shallow surface of a current trend that runs much deeper and will transform the business landscape forever. She explains:

“As the world rushes to admire driverless cars and more advanced drones and stakeholders increase investment in companies behind such feats, analysts predict that it is not only machines and robots that are being made artificially intelligent. We are moving toward a future where entire companies could be run by machines without human interaction. It could be due to their increased capacity to learn or their use of algorithms to create Machine to Machine (M2M) and Machine to Consumer (M2C) companies.”

Pedro Domingos (@pmddomingos), a professor of computer science and engineering at the University of Washington, believes that someday researchers will create a “master algorithm” that will be capable of processing any kind of data, learns as it goes, and will be able to complete any kind of task. Not only that, the master algorithm will able to anticipate required actions and complete them without human intervention. He describes the search for this master algorithm in his book The Master Algorithm: How the Quest for the Ultimate Learning Machine Will Remake Our World. Domingos told Worrall, artificial intelligence “may one day make going to the doctor a thing of the past” or AI “could match Einstein’s theory of relativity in its world-transformative power” or AI could make war more humane by “replacing soldiers on the battlefield with robots.” The way that Domingos writes about artificial intelligence and machine learning makes me believe that he is really discussing cognitive computing. For example, he told Worrall, “Machines can attend to vastly more information and more complex processes than human beings, and try out more drugs or vaccines than we can in the lab. Machine learning is used to discover drugs by simulating the process on a computer, which takes a fraction of the time and cost.” Cognitive computing systems can do exactly that and it’s why Accenture’s latest technology vision, entitled “From Digitally Disrupted to Digital Disrupter,” claims that cognitive computing will provide the “ultimate long-term solution” for many business challenges. Neeley agrees and points out that every part of a business is likely to be transformed as a result of AI. She elaborates:

“The world will inevitably change. Industries like healthcare and insurance, with large volumes of data to process are the ones most attracted to embracing AI. Digital Marketing too is being driven by data faster than ever before. EMarketer predicted that some 55% of all digital advertising dollars will be driven by programmatic initiatives in 2015 as machine learning takes precedence over human analysis. The figure is predicted to rise to 63% by next year, which represents $20 billion in programmatic ad buys. This means, more and more digital marketing agencies are evolving into platforms that use big data and artificial intelligence to analyze, predict and improve marketing ROI. But we have been going down this path for quite some time now. Automation was once a novel idea, now it’s the norm.”

Neeley worries that increased interaction with AI will inevitably to lead to less human interaction. Even if that is true, I’m afraid the AI genie is out of the bottle. Shyam Sankar, director at Palantir Technologies, agrees that interactions between AI systems and humans will grow; but, he sees this as a step forward. Sankar believes, “Forces such as Big Data are all part of a burgeoning movement toward what he calls ‘human-computer symbiosis’ or ‘intelligence augmentation’ (IA). The concept was first advanced by computer scientist J.C.R. Licklider in the 1950s.”[4] Reporting on a TED talk given by Sankar, Joe McKendrick, writes, “IA, in fact, turns the vision of artificial intelligence (AI) on its head. … The more technocratic ‘sexy vision’ of AI that has been promoted over the years now requires rethinking in the era of Big Data, he says. AI may extend human computational power, but it’s meaningless without human interaction. ‘The imperative is not to figure out how to compute, but what to compute,’ he points out.”[5]

New York Times‘ columnist Steve Lohr believes that artificial intelligence has advanced to the point where its best use won’t be found on a single computer.[3] He asserts that three forces have transformed the assumption that a single “supercomputer,” like HAL or Skynet, represents the ultimate advance in AI. The three forces he says have changed that assumption are: “the surge in data of all kinds, rapid progress in software to find patterns and insights in data, and advances in the technology of data processing, storage and communication.” He continues:

“Now, computing intelligence can be dispersed globally, marshaled and aggregated as necessary, from far-flung data centers in the digital cloud. Google led the way, showing the power of data-driven artificial intelligence delivered over the cloud, not only in search but also in tasks like language translation and computer vision. Artificial intelligence run through the cloud is now the dominant approach used by researchers at technology companies, universities and government labs. ‘We’re seeing a rebirth of artificial intelligence driven by the cloud, huge amounts of data and the learning algorithms of software,’ said Larry Smarr, founding director of the California Institute for Telecommunications and Information Technology. The emerging global network, Mr. Smarr said, will be the equivalent of a ‘planetary computer’.”

Whether you want to call it AI or IA, we are going to be using cognitive computing systems to help run our businesses, make our cities smarter, and organize our lives better.