Home » Artificial Intelligence » Are We in the Stretch Run towards Quantum Computing? 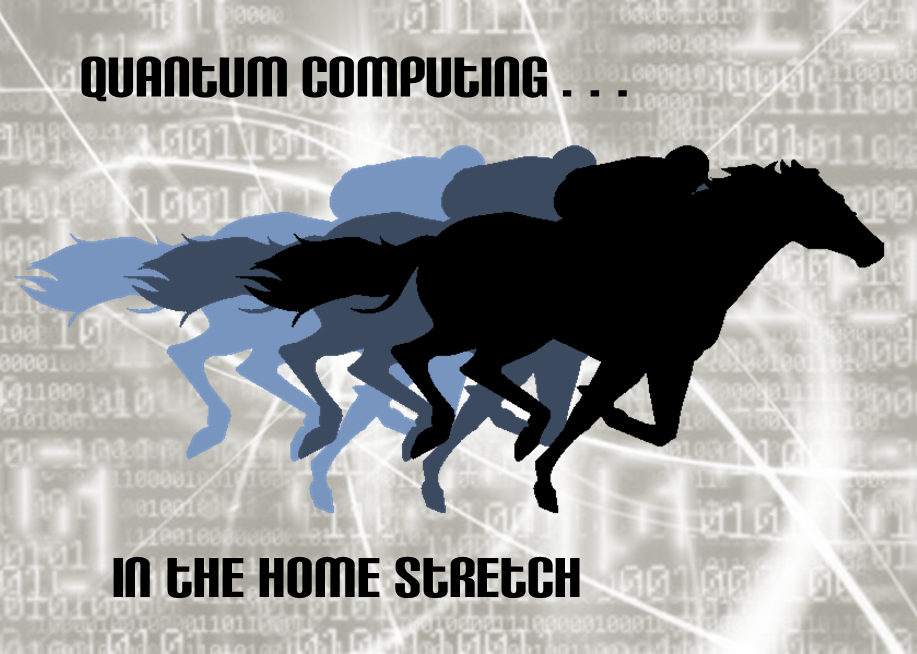 Are We in the Stretch Run towards Quantum Computing?

“Quantum computing will change lives, society and the economy,” writes the staff at Phys.org, “and a working system is expected to be developed by 2020 according to a leading figure in the world of quantum computing.”[1] That expert — Professor Jeremy O’Brien, Director of the Centre for Quantum Photonics at the University of Bristol — predicts, “In less than ten years quantum computers will begin to outperform everyday computers, leading to breakthroughs in artificial intelligence, the discovery of new pharmaceuticals and beyond. The very fast computing power given by quantum computers has the potential to disrupt traditional businesses and challenge our cyber-security. Businesses need to be ready for a quantum future because it’s coming.” As President and CEO of a cognitive computing firm, I have closely watched emerging developments in the area of quantum computing. Almost weekly some kind of new breakthrough is announced that brings the world one step closer to a universally-recognized quantum computer. Just how close we are to that goal remains a question. If Professor O’Brien is correct, we are in the home stretch. He discusses his work in the following video.

Michael Chui (@mchui), a partner at the McKinsey Global Institute, explains, “As modern computers continue to reach the limits of their processing power, quantum computing is starting to offer hope for solving more specialized problems that require immensely robust computing. Quantum computers were once thought an impossible technology because they harness the intricate power of quantum mechanics and are housed in highly unconventional environments. But these machines now have the potential to address problems ranging from finding drugs that can target specific cancers to valuing portfolio risk.”[2] It’s the potential of quantum computers to address problems once thought impossible to solve that has the computer world abuzz. That buzz has only increased as the result of the debate about whether the only commercially-available system, the D-Wave, is really a quantum computer. Shaheryar Ehsan-i-Haque (@ShaheryarGD), observes, “Quantum Computing became the hottest topic around when Google boldly stated that its D-Wave 2X Computer was a 100 million times faster than today’s computers.”[3]

The D-Wave system employs quantum annealing, which is particularly useful in solving optimization problems. Dario Gil (@dariogila), Vice President of Science and Technology at IBM Research, explains, “Tech companies and researchers are focusing on an approach called quantum annealing — which is aimed at producing something less than a universal quantum computer. These machines are limited to extremely narrow use cases. Also, while simulations of universal quantum computers show strong evidence of quantum speed-up, so far, it’s unclear whether quantum annealing produces better results than could be achieved using conventional computers.”[4] That’s why Google’s announcement was considered bold. Ehsan-i-Haque explains, “Quantum Annealing is an algorithm which implies the use of Quantum mechanics in an adiabatic system. An adiabatic system is one in which there is no external influence of pressure, temperature and so forth. Unlike [traditional computers that use] Simulated Annealing, which has to go through several jumps to find the global minima or maxima, Quantum Annealing basically cuts straight through these hurdles to find the minima.” In other words, quantum computers are “black box” systems (i.e., you never really know what’s going on inside of them). The reason for this has to do with the quantum bits (qubits) that are necessary to perform the calculations and allow quantum annealing to jump all those hurdles. Unlike traditional computer systems that use bits that represent either a “1” or a “0”, qubits are simultaneously a “1” and a “0”. As soon as  you try to peek inside the system, that superposition is lost. I know … it’s weird. John Naughton (@jjn1), a Senior Research Fellow in the Centre for Research in the Arts, Social Sciences and Humanities at Cambridge, believes the biologist JBS Haldane described the situation best when he wrote, “The world is not only queerer than we suppose, it is queerer than we can suppose.”[5] Naughton goes on to discuss this weirdness and why it’s important:

“At the quantum level, the things that apparently are there are seriously weird. For example: subatomic particles can be in two places at the same time — a phenomenon known as ‘superposition’ — and any pair of them can be ‘entangled’ in such a way that they can instantly coordinate their properties, no matter how great the physical distance between them. And the strangest thing of all is that since subatomic particles are the building blocks of matter, quantum physics is ultimately, the physics of everything. So we live in a universe that virtually none of us will ever understand. Physicists, however, refuse to be daunted by this and have been casting about for ways of putting these quantum properties to practical use. In the process, their gaze alighted on that fundamental building block of digital technology, the humble binary digit (or ‘bit’) in which all digital information is encoded. In the Newtonian (i.e., non-quantum) world, a bit can take only one of two values — one or zero. But at the quantum level, superposition means that a quantum bit — a qubit — could have multiple values (one, zero and a superposition of one and zero) at the same time. Which means that a computer based on quantum principles would be much, much faster than a conventional, silicon-based one.”

As Ehsan-i-Hague noted, the speed comes from the fact that quantum computers can skip the linear steps that traditional computers must use. Naughton explains, “Processing power (which is a proxy for speed) really matters. Many real-world challenges (real-time language translation and breaking powerful cryptography, to name just two) currently remain unsolved simply because the necessary processing power is not yet available. And although silicon-based processor technology hasn’t yet run out of steam, we’re fast approaching the maximum density at which transistors can be etched on to a chip.” Business executives, government bureaucrats, and academics all eagerly await the dawn of the quantum computing age. “Quantum computing is moving from theory and experimentation into engineering and applications,” Gil concludes. “But now that quantum computing is going mainstream, it is incumbent on businesses and governments to understand its potential, for universities to beef up their teaching programs in quantum computing and related subjects and for students to become aware of promising new career paths.” We may at the top of the stretch in the development of quantum computers and the finish line, for the first time, may actually be in view.