Are Space and Time Real?

“Physicists have discovered a jewel-like geometric object that dramatically simplifies calculations of particle interactions and challenges the notion that space and time are fundamental components of reality,” writes Natalie Wolchover. [“A Jewel at the Heart of Quantum Physics,” Quanta Magazine, 17 September 2013] Although that sounds far-fetched to average person, there are few things about the wacky world of quantum physics that don’t boggle the mind. The jewel-like shape at the heart of this new revelation is called an “amplituhedron” and it may be the key to unifying theories at the macro and micro levels. Wolchover continues:

“The revelation that particle interactions, the most basic events in nature, may be consequences of geometry significantly advances a decades-long effort to reformulate quantum field theory, the body of laws describing elementary particles and their interactions. Interactions that were previously calculated with mathematical formulas thousands of terms long can now be described by computing the volume of the corresponding jewel-like ‘amplituhedron,’ which yields an equivalent one-term expression.”

This subject caught my eye because I recently read James Gleick’s wonderful biography of Richard Feynman entitled Genius. By anyone’s definition, Feynman, a Nobel Prize laureate, was a mathematical genius with a particular gift for being able to visualize the quantum world. Gleick called him “the most brilliant, iconoclastic, and influential physicist of modern times.” One of the challenges with which Feynman wrestled was the paradox that particles simultaneously behave as particles and waves. That makes any attempt to determine where a particular particle is at a particular time very problematic. Gleik’s narrative about Feynman’s contribution to the subject at hand also explains why the new geometric shape is called an amplituhedron:

“[Feynman] developed an alternative formulation of quantum mechanics to add to the pair of formulations produced two decades before by Schrödinger and Heisenberg. He defined the notion of a probability amplitude for a space-time path. In the classical world one could merely add probabilities: a batter’s on-base percentage is the 30 percent probability of a base hit plus the 10 percent probability of a base on balls plus the 5 percent probability of an an error … In the quantum world probabilities were expressed as complex numbers,numbers with both a quantity and a phase, and these so-called amplitudes were squared to produce a probability. This was the mathematical procedure necessary to capture the wavelike aspects of particle behavior. … Probability amplitudes were normally associated with the likelihood of a particle’s arriving at a certain place at a certain time. Feynman said he would associate the probability amplitude ‘with an entire motion of a particle’ — with a path. He stated the central principle of his quantum mechanics: The probability of an event which can happen in several different ways is the absolute square of the sum of complex contributions, one from each alternative way. These complex numbers, these amplitudes, were written in terms of classical action; he showed how to calculate the action for each path as a certain integral. And he established that this peculiar approach was mathematically equivalent to the standard Schrödinger wave function, so different in spirit. … [Using on Feynman’s ideas,] Polish mathematician Mark Kac … created a new formula, the Feynman-Kac Formula, that became one of the most ubiquitous of mathematical tools, linking the applications of probability and quantum mechanics. … Feynman’s path-integral view of nature, his vision of a ‘sum over histories,’ was also the principle of least action, the principle of least time, reborn.”

Commenting on the discovery of the amplituhedron, Robert T. Gonzalez writes, “In the past, Feynman diagrams (which are themselves very powerful and elegant simplifying tools) didn’t help us in understanding some specific particle interactions because the number of terms that needed to be calculated were so huge that even our most powerful supercomputers couldn’t crack a solution.” [Comment at the end of his post entitled “This physical breakthrough could change our understanding of spacetime,” io9, 20 September 2013] I suspect Feynman would have been thrilled with new discovery. Wolchover’s article in Quanta Magazine was accompanied by an artist Andy Gillmore’s rendition of what the amplituhedron looks like. 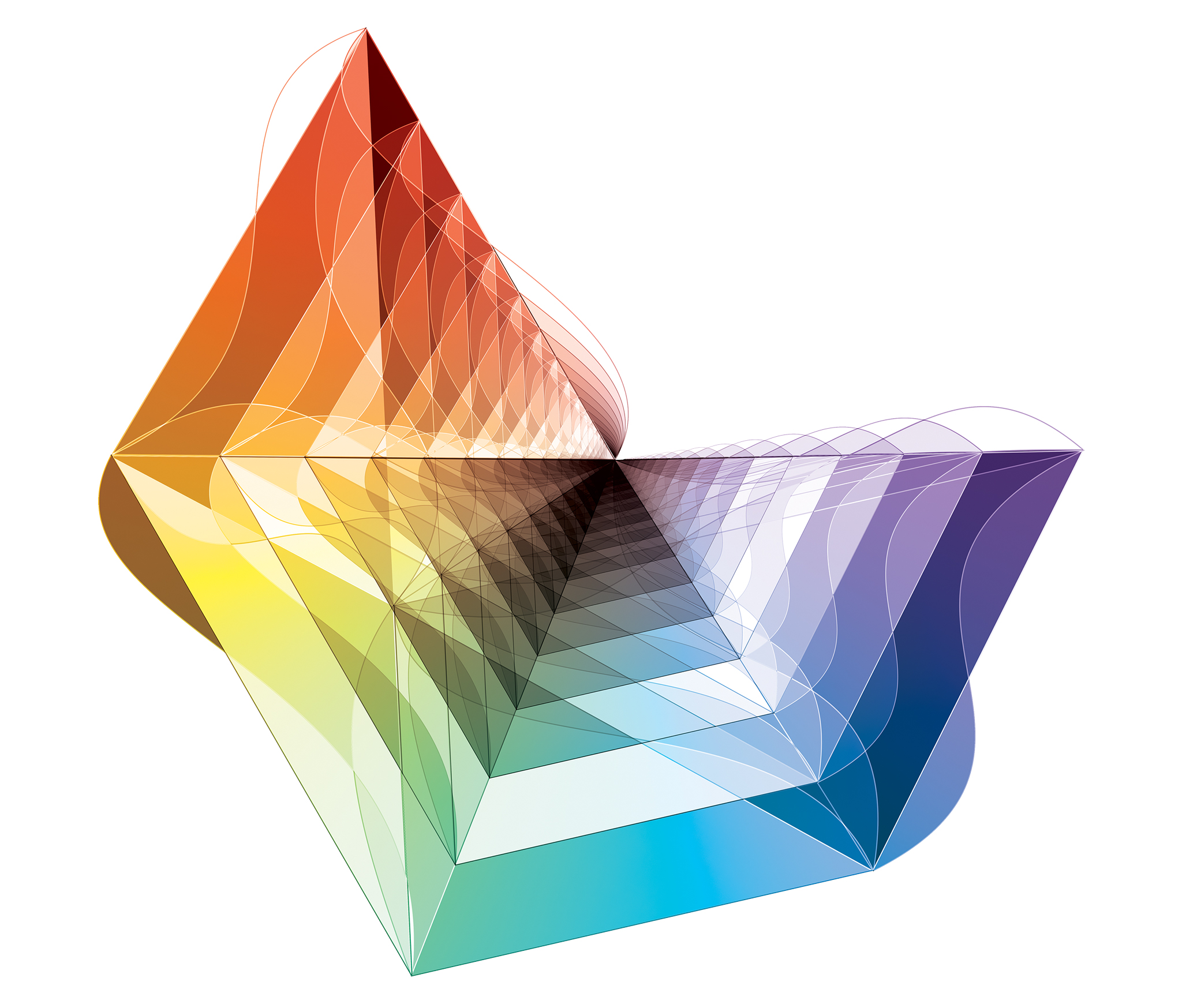 Continuing her superb article about why the discovery of the amplituhedron is so important, Wolchover writes:

“The new geometric version of quantum field theory could also facilitate the search for a theory of quantum gravity that would seamlessly connect the large- and small-scale pictures of the universe. Attempts thus far to incorporate gravity into the laws of physics at the quantum scale have run up against nonsensical infinities and deep paradoxes. The amplituhedron, or a similar geometric object, could help by removing two deeply rooted principles of physics: locality and unitarity. … Locality is the notion that particles can interact only from adjoining positions in space and time. And unitarity holds that the probabilities of all possible outcomes of a quantum mechanical interaction must add up to one. The concepts are the central pillars of quantum field theory in its original form, but in certain situations involving gravity, both break down, suggesting neither is a fundamental aspect of nature. In keeping with this idea, the new geometric approach to particle interactions removes locality and unitarity from its starting assumptions. The amplituhedron is not built out of space-time and probabilities; these properties merely arise as consequences of the jewel’s geometry. The usual picture of space and time, and particles moving around in them, is a construct.”

Scott Aaronson, a theoretical computer scientist and faculty member in the Electrical Engineering and Computer Science department at the Massachusetts Institute of Technology, suspects that there will be a lot of skeptics about the claim that the amplituhedron will “be a ‘jewel’ that unlocks all of physics, or a death-knell for spacetime, locality, and unitarity.” After all, he notes, it does apply to a “restricted class of theories.” Aaronson himself may be a skeptic; nevertheless, he asserts tongue in cheek and writes, “If anything, the popular articles have understated the revolutionary importance of the amplituhedron. And the reason I can tell you that with such certainty is that, for several years, my colleagues and I have been investigating a mathematical structure that contains the amplituhedron, yet is even richer and more remarkable. I call this structure the ‘unitarihedron’.” [“The Unitarihedron: The Jewel at the Heart of Quantum Computing,” Shtetl-Optimized, 20 September 2013] Aaronson goes on to explain:

“The unitarihedron encompasses, within a single abstract ‘jewel,’ all the computations that can ever be feasibly performed by means of unitary transformations, the central operation in quantum mechanics (hence the name). Mathematically, the unitarihedron is an infinite discrete space: more precisely, it’s an infinite collection of infinite sets, which collection can be organized (as can every set that it contains!) in a recursive, fractal structure. Remarkably, each and every specific problem that quantum computers can solve — such as factoring large integers, discrete logarithms, and more — occurs as just a single element, or ‘facet’ if you will, of this vast infinite jewel. By studying these facets, my colleagues and I have slowly pieced together a tentative picture of the elusive unitarihedron itself. One of our greatest discoveries has been that the unitarihedron exhibits an astonishing degree of uniqueness. At first glance, different ways of building quantum computers — such as gate-based QC, adiabatic QC, topological QC, and measurement-based QC — might seem totally disconnected from each other. But today we know that all of those ways, and many others, are merely different ‘projections’ of the same mysterious unitarihedron.”

Aaronson good humoredly reports that he is “awestruck” by “mathematical elegance and power” of the unitarihedron. He continues:

“But I haven’t even told you the most spectacular part of the story yet. While, to my knowledge, this hasn’t yet been rigorously proved, many lines of evidence support the hypothesis that the unitarihedron must encompass the amplituhedron as a special case. If so, then the amplituhedron could be seen as just a single sparkle on an infinitely greater jewel. Now, in the interest of full disclosure, I should tell you that the unitarihedron is what used to be known as the complexity class BQP (Bounded-Error Quantum Polynomial-Time). However, just like the Chinese gooseberry was successfully rebranded in the 1950s as the kiwifruit, and the Patagonian toothfish as the Chilean sea bass, so with this post, I’m hereby rebranding BQP as the unitarihedron. For I’ve realized that, when it comes to bowling over laypeople, inscrutable complexity class acronyms are death — but the suffix ‘-hedron’ is golden.”

In addition to his intellect, Aaronson obviously also possesses a good sense of humor. Luboš Motl, however, isn’t amused. “The amplituhedron exists,” he writes, “while the diaperhedron or any other computer-science-based objects Aaronson talks about don’t exist as objects.” [“Diaperhedron can’t match amplituhedron,” The Reference Frame, 21 September 2013] Wolchover concludes her article by writing:

“Beyond making calculations easier or possibly leading the way to quantum gravity, the discovery of the amplituhedron could cause an even more profound shift, [Nima Arkani-Hamed, a professor at the Institute for Advanced Study,] said. That is, giving up space and time as fundamental constituents of nature and figuring out how the Big Bang and cosmological evolution of the universe arose out of pure geometry. ‘In a sense, we would see that change arises from the structure of the object,’ he said. ‘But it’s not from the object changing. The object is basically timeless.’ While more work is needed, many theoretical physicists are paying close attention to the new ideas.”

Admittedly the subject of quantum physics is difficult to grasp. Wolchover does a remarkable job of making it accessible to everyone. I highly recommend that you read her entire article. 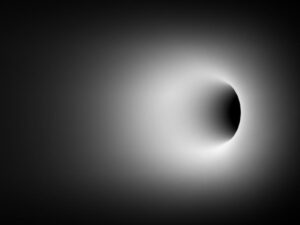