Home » Artificial Intelligence » AI and IoT on the Cutting Edge 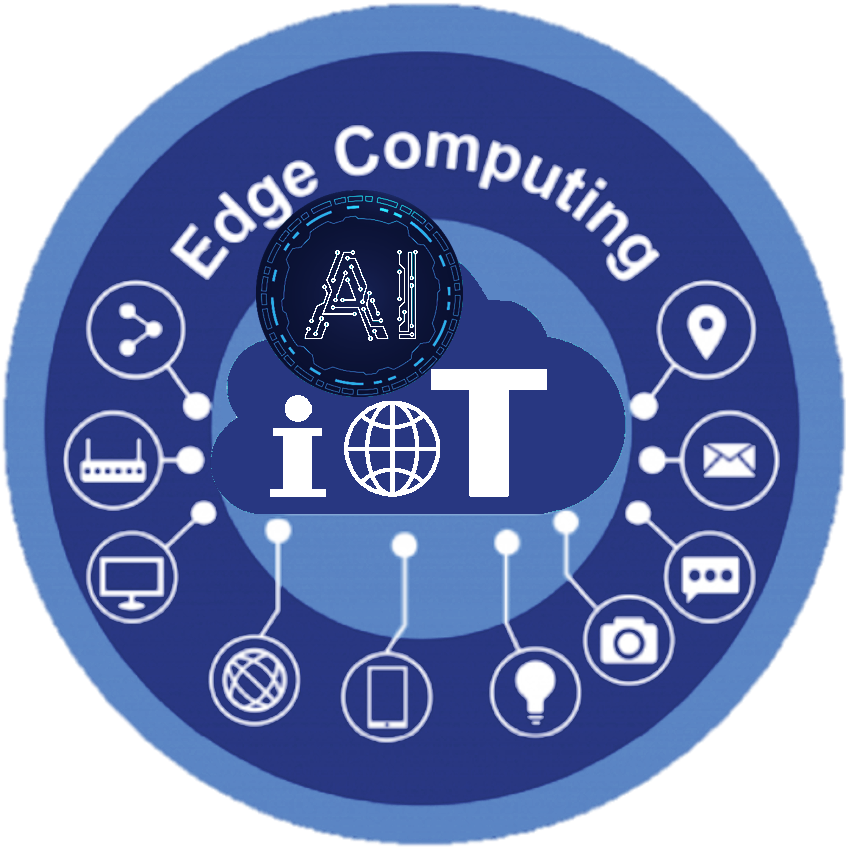 AI and IoT on the Cutting Edge

Most people are aware of the growing number of “things” connected to the Internet. Analysts from Statista report, “The total installed base of Internet of Things (IoT) connected devices worldwide is projected to amount to 30.9 billion units by 2025, a sharp jump from the 13.8 billion units that are expected in 2021.”[1] They provide examples of things connected to the IoT, including “connected cars, smart home devices, and connected industrial equipment.” They note, “In comparison, non-IoT connections include smartphones, laptops, and computers, with connections of these types of devices set to amount to just over 10 billion units by 2025 – three times fewer than IoT device connections. As a result, revenue from the global IoT market is set to grow considerably in the coming years.” Little wonder so many organizations are jumping on the IoT bandwagon. Amit Agrawal, Founder and COO at Cyber Infrastructure (P) Limited, adds, “The three emerging technologies the Internet of Things is powered by are artificial intelligence [AI], 5G, and Big Data. Artificial intelligence consists of functions that help devices to learn and process information just like humans. 5G networks are mobile networks with greater speed and smooth real-time data processing. While Big Data means the management of the enormous volume of data which are processes from various resources (internet-connected).”[2]

AI and the IoT

Because artificial intelligence is beginning to play a larger role in many IoT ecosystems, some experts are now calling those networks the AIoT. An IoT ecosystem consists of sensors on one end (i.e., sensors embedded in things) connected by the Internet to an analytics platform at the other end. In many cases, the analytics platform sends back instructional data that helps the things with embedded sensors perform better. Kapil Rana (@kapsvirgo), Chairman and Founder of HostBooks, writes, “[Thanks to the Internet-of-Things and Artificial intelligence], it is really fascinating to see millions of devices talking, exchanging data and transforming valuable insights into vital courses of action.”[3] As noted above, he should have written “billions” rather than “millions” of devices. He adds, “Many companies started using AI for unleashing the full potential of IoT. Among them, leading companies, such as Amazon, Oracle and Microsoft, have already consolidated AI capabilities into their IoT applications to bring more agility into their business drive. Indeed, AI and IoT are now more practical and are used at almost every technological juncture, i.e., online businesses, online tools, open-source APIs, robotics, healthcare, in the cloud and on your mobile device.” Agrawal discusses four areas where the combination of AI and the IoT are having a big impact. They are:

1. Wearables: Agrawal mostly talks about smartwatches; however, wearable technology includes any connected device designed to be worn throughout the day. In addition to smartwatches, there are fitness trackers, safety devices, and smart eyeglasses. The staff at GFC Global notes, “Wearable technology provides us with the ability to monitor our fitness levels, track our location with GPS, and view text messages more quickly. Best of all, most of the devices that allow us to do this are hands free and portable, eliminating the need to take our devices out of our pockets. … In just a few short years, wearable technology has gone from being nonexistent to being everywhere. Because of this sudden spike in popularity, wearables have the potential to change our lives and society, for better or worse.”[4] Agrawal reports, “The market for these devices is growing and it is expected that it will become more than $87 billion by the year 2023.”

2. Smart City: Although there has been recent pushback against some smart city initiatives, Agrawal notes, “Cities are becoming more and more convenient. … With IoT and AI, traffic management, resource management, and many other things will become automated. This will take a load off the government and they will be able to make better policies.”

3. Smart Industries: The smart industries movement, often referred to as Industry 4.0, is aimed at bringing Industrial Age organizations into the Digital Age. Agrawal notes, “It is forecasted that more than 80% of IoT projects will be using AI by the year 2022. All industries from mining to manufacturing are relying on digital transformation.”

4. Smart Home: Most people are familiar with smart doorbells, smart thermostats, smart security systems, smart lighting, and systems like Amazon’s Echo. Agrawal writes, “It is expected that the smart home market will see an annual growth of 25% during 2020-2025 and will reach $246 billion.”

Journalist Stephanie Overby (@stephanieoverby) observes, “For decades, artificial intelligence lived in data centers, where there was sufficient compute power to perform processor-demanding cognitive tasks. In time, AI made its way into software, where predictive algorithms changed the nature of how these systems support the business. Now AI has moved to the outer edges of networks.”[5] The IoT is taking full advantage of the move to the edge.

IoT on the Edge

Tech writer Maria Korolov (@MariaKorolov) explains that edge computing means “enterprises can reduce latency, improve performance, reduce bandwidth requirements, and enable devices to continue to operate even when there’s no network connectivity.”[6] She adds, “One of the main drivers for the use of AI at the edge is that the sheer amount of data produced in the field would cripple the internet if it all had to be processed by centralized cloud computing solutions and traditional data centers.” Tech writer Yasmita Kumar observes, “Traditionally IoT devices [have required that their data be] processed on the cloud with relevant data then sent back to the device in a bid to instruct them on how to react. However, sending and processing information in this way creates latency due to the amount of time it takes for the date to travel between the two points over the internet. Relying on the cloud also hinders the possibility of using IoT devices as it limits connection on devices.”[7]

Processing data at the edge clearly has significant advantages. Deloitte analysts observe, “As businesses across industries grapple with ever-greater amounts of data, more complex operations, and more dynamic markets, the intelligent edge is playing a growing role in helping them rapidly respond. Through a combination of computing power, AI technology, data analytics, and advanced connectivity, the intelligent edge extends cloud capabilities from data centers out to the edges of networks, allowing organizations to act quickly on data close to where it is captured. … The evolution of IT toward cloud-to-edge architectures can deliver a new era of enterprise capabilities that are more agile, aware, and adaptive.”[8]

Ari Weil (@aweil), global vice president for product and industry marketing at Akamai, told Korolov that his company uses AI-enhanced edge computing to counter software bots threatening his company’s network. He notes, “Akamai sees 485 million bot requests per hour, and 280 million bot login attempts per day. In the battle against them, Akamai began deploying AI at the edge in 2018 to determine whether a particular user is a real human being or a bot.” He also notes that edge computing can ensure only important data is reported via the IoT. He explains, ““There’s a lot of ‘I’m OK, I’m OK’ messages being generated [by IoT devices]. So you sift through all that and look for the signal that says that the system might be failing. That needs to get back to the manufacturer.”

Clearly, the combination of IoT, AI, and edge computing is powerful. Korolov concludes, “AI functionality at the edge can help create an intelligent distributed computing environment across network devices — a unique benefit for organizations that know how to leverage this.” Some challenges remain, like standardization; however, the number of connected devices will continue to grow and dealing with routine data at the edge will save bandwidth and ensure essential data reaches the right people in time for it to make a difference. As the Deloitte analysts conclude, “Intelligent edge computing will likely constitute a significant evolution of infrastructure that will enable the next phase of innovation and competitive advantage. As more industry leaders adopt and deploy the intelligent edge, more use cases and innovations will no doubt emerge. Time will tell how this evolution shapes tomorrow’s machines, networks, and services.”