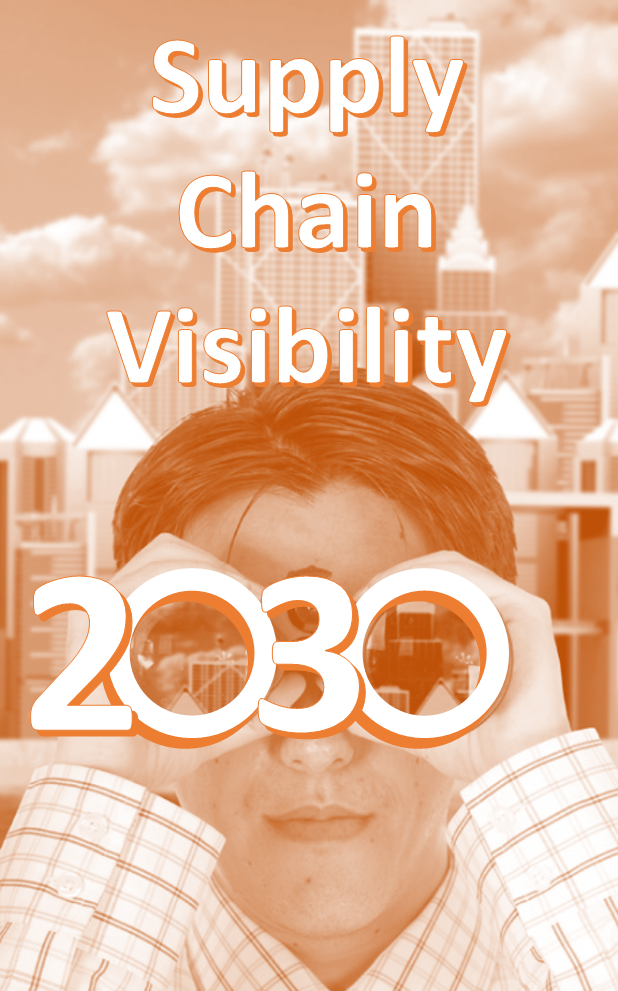 For years pundits have hailed the virtues of achieving end-to-end supply chain visibility. For example, Jett McCandless (@JettMcCandless) CEO of project44, writes, “Supply chain visibility is a foundational capability to have when serving today’s informed and on-demand consumer. It can no longer be considered a nice-to-have feature.”[1] Half a dozen years ago, Lora Cecere (@lcecere), founder of Supply Chain Insights, started insisting companies needed to develop “value networks that extend from the customer’s customer to the supplier’s supplier that sense, shape and respond by listening, testing and learning with minimal latency.”[2] Unfortunately, achieving end-to-end supply chain visibility has proven to be almost as difficult as turning lead into gold. Supply chain executives are still looking for the right alchemy to achieve this feat. Andrew Allen reports, “Full supply chain visibility has risen from sixth most important strategic priority in 2015 to third in 2017, according to [the GEODIS 2017 Supply Chain Worldwide] survey. However, only 6% of firms said they had achieved this aim.”[3] How much longer will it take for the other 96% of firms to reach that goal? I’m not sure. It may take longer than most people imagine. I’m guessing 2030 will be a good target to shoot for.

Perhaps one of the reasons only 6% of companies have achieved end-to-end supply chain visibility is because defining what it means remains elusive. Cecere explains, “Visibility as a topic is confusing. Technology vendors have conflicting definitions. The current state is pretty PowerPoints with hollow words bandied about in sales cycles. It is messy.”[4] McCandless agrees having conflicting definitions of what visibility means is not helpful. “Let’s define supply chain visibility in the context of today’s environment,” he writes. “As defined by Gartner, it is ‘a capability that provides controlled access and transparency to accurate, timely and complete plans, events and data within and across organizations and services. It is about capturing usable supply chain data and freight transactions as information is exchanged between different systems. Therefore, the most important element in achieving true visibility is your architectural setup, or how your company and systems are connected to your business partners and their networks.” In other words, visibility is about creating the value networks Cecere discussed years ago. Technologies are finally emerging that will make that vision a reality.

Rob Stevens, CRO and Co-Founder of Tive, calls end-to-end supply chain visibility the “holy grail” of supply chain professionals. He writes, “It means awareness of the location and condition of every product and component, all the way back to upstream suppliers.”[5] He goes on to note, “New tracking technologies have filled gaps in supply chain visibility. But more importantly, new information technology is capable of analyzing the torrent of data these tracking devices generate.” Company executives are wary of new IT technologies because technologies change fast. Andrew Ng (@AndrewYNg), a well-known AI expert and founder of Coursera, notes, “In IT, half the stuff we invent today will be obsolete in five years. The sands are constantly shifting.”[6] David Meyers (@dmeyers_CSCP), a Principal of Supply Chain Technology at Tompkins Associates, agrees with that assessment. “It is important to recognize that the pace of digital disruption has never been more frequent than today and the magnitude of the disruption is ever increasing,” he writes. “This provides an opportunity for organizations’ End-to-End (E2E) supply chain visibility capabilities to evolve and to transform.”[7] What that means to me is that companies searching for visibility solutions should look for adaptable technologies or risk having to reinvest in new technologies every five years.

Since I’m President and CEO of a cognitive computing firm, you won’t be surprised to learn I believe cognitive computing platforms will be the foundation upon which most companies build their visibility solutions in the years ahead. Cognitive computing platforms are extremely adaptable and meet Cecere’s standard of being able to “sense, shape and respond by listening, testing and learning with minimal latency.” I’m not alone in that assessment. Diego Lo Giudice (@dlogiudice), an analyst with Forrester, believes that a quarter of a century from now cognitive computing will have replaced artificial intelligence as the term most used to describe smart machines.[8] Lo Giudice and his colleagues at Forrester conclude, “Cognitive systems are creeping into commercial relevance beginning with high-end customer engagement applications in financial services, healthcare, and retail and will become ubiquitous in mainstream scenarios and the Internet of Things.” I believe supply chain visibility is one of the mainstream scenarios about which they are writing. Cognitive computing is not the only technology that will play a role in helping companies achieve end-to-end visibility.

Cognitive computing is just one element in what I call the Internet of Things (IoT) ecosystem. Other parts of that ecosystem include sensors, Internet connectivity, blockchain, and cloud computing. Stevens asserts, “The combination of big data processing and better tracking devices can be used not only to monitor supply chain activity but to identify and eliminate waste, pinpoint delivery times and predict failure points.” Fortunately, this entire ecosystem is adaptable to whatever IT changes may be developed in the years ahead. Stevens calls this ecosystem the cognitive supply chain. “The ‘cognitive supply chain’,” he writes, “is 100% digital, turning assets and knowledge into a flow of information that runs from one end to another.” The challenge, according to Cecere, is finding the right combination of technologies to achieve stated visibility goals. She predicts the visibility challenge will eventually be solved by “new technologies like cognitive computing, blockchain, open source analytics, and the Internet of Things (IOT).”

According to Allen, many supply chain executives are aware of the technologies they need to achieve supply chain visibility. “Asked about the next big thing in supply chain technologies,” he reports, “data analysis was ranked top by 41% of respondents. This was followed by internet of things and connected devices and cloud computing, which both scored 39%.” One of the reasons I predict it will take until 2030 to achieve widespread end-to-end visibility is because those numbers are so low. Once those numbers approach the 90% figure, supply chain transformation will begin in earnest.

Meyers concludes, “The organizations that will be successful in proving full E2E supply chain visibility in the future will have digitally focused leadership and a forward thinking oriented mindset. Organizationally, companies must have a culture that is capable of agility, an appetite for risk, be data-driven, and foster collaborative work styles.” McCandless adds, “To be frank, without end-to-end transparency, companies function far less efficiently, and in this market reality, inefficient operations can quickly escalate into closed storefronts and bankruptcy.” Good supply chain visibility starts with building an IoT ecosystem that can connect appropriate stakeholders in a safe and secure manner. It won’t be easy and it won’t be quick. Shooting for 2030 is a realistic goal.