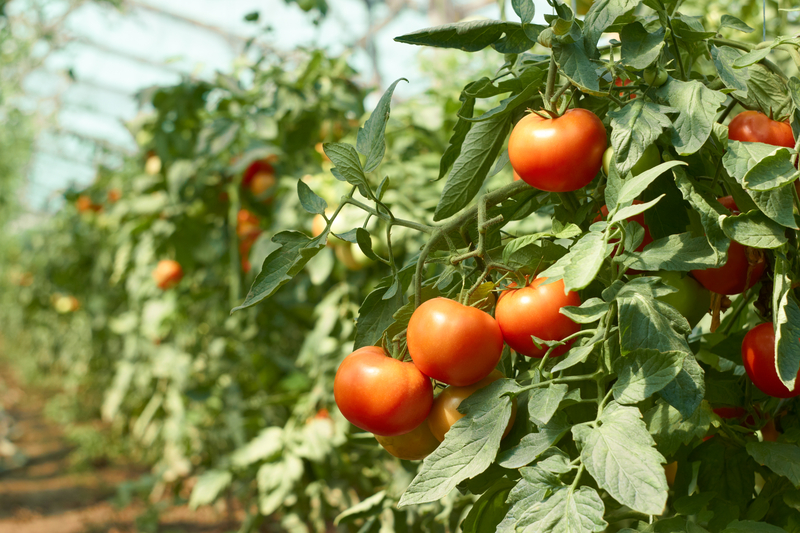 With an ever-increasing number of mouths to feed and climate change affecting the agriculture sector in significant ways, the staff at Bayer reports, “The impact of climate change has led to a vicious combination of resource scarcity, harvest loss, and soil degradation.”[1] They add, “Rising pressure on ecosystems, such as climate change and soil erosion, already impacts farming today: We are losing 12 million hectares of agricultural land and approximately 1/3 (or 1.3bn tons) of the globally produced food annually. Offering sustainable solutions in agriculture will thus be key in addressing environmental challenges and in unlocking unseized market potential.” They point out that 12 million hectares is approximately four times the size of Belgium. Obviously, that’s an unsustainable amount of agriculture land lost each year.

Those sobering facts have some pundits wondering if the future of growing food is indoors. The staff at the Technical University of Munich (TUM) observes, “Alternative production systems to provide the growing global population with healthy, nutritious and sustainably produced foodstuffs are currently gaining considerable attention.”[2] Vertical farming and other indoor food-growing systems are poised to play important roles in the future of agriculture. Senthold Asseng, a Professor of Digital Agriculture, told the TUM staff, “Vertical farming allows multiple harvests of a cropper year and can make a substantial contribution to global food security.”

Asseng insists, “If we optimize the growing conditions for a crop in a closed system, cut off from the outside world, we can reduce water requirements by up to 90 percent and eliminate the need for chemical crop protection. Yields can be increased by many times through optimal crop care and growth conditions. This includes intensive use of technologies, for example through fully automated management of crops as well as lighting and irrigation systems. This will help to minimize operational expenses.” Other experts have pointed out that secondary benefits of vertical farming include moving food production closer to population centers and reducing transportation costs and associated greenhouse gases.

If you are wondering why there aren’t more vertical farms, Asseng explains, “Vertical farming has so far proven highly energy-intensive. This has made it unprofitable currently for crops such as grains, although it would be quite conceivable to increase the global mean annual per-hectare wheat yield by a factor of 6000.” As more green energy solutions are put into play, lower energy costs may spur further interest in vertical farming and other indoor farming techniques. Although tech writer Boone Ashworth (@BooneAshworth) insists there is already a lot of interest in the subject. He reports, “The indoor farming business is booming.”[3] Food journalist Samantha Oller (@OllerWriter) reports, “Most of the largest players in the vertical farming space are based in the United States.”[4] She also reports that some of those firms are looking to expand globally.

Indoor farming is heavily reliant on technology. Journalist Kim Severson (@kimseverson) reports vertical farms can “create precise growing conditions using technological advances like machine-learning algorithms, data analytics and proprietary software systems to coax customized flavors and textures from fruits and vegetables. And they can do it almost anywhere.”[5] Austin Webb, co-founder of Fifth Season along with his brother Brac and Austin Lawrence, views indoor farming as a new form of manufacturing. He told photojournalist David Kidd (@GoverningPhotog), “We view vertical farming as really a smart manufacturing system. We just happen to manufacture living organisms.”[6] Kidd reports, “Fifth Season’s proprietary software allows efficiencies otherwise not attainable. Spinach, arugula and other greens move around the 60,000-square-foot facility in plastic trays, each with its own unique ID. Sensors are constantly monitoring everything from nutrient mix, carbon dioxide levels and light spectrum, in order to ensure that the greens follow their prescribed grow recipe. Every plant can be traced from any point in the process, at any time.”

Indoor Farming and the Democratization of Agriculture

Many people have lamented the rise of large agri-businesses and the demise of the family farm. Nevertheless, globally, small farms still play an important agricultural role. Marie Haga, former Associate Vice-President of External Relations and Governance at the UN’s International Fund for Agricultural Development reported, “Small-scale farming is key to food systems that contribute to peaceful and healthy communities. More than 2 billion people depend on the world’s 500 million small farms for their livelihoods. They have great potential to contribute more to well-functioning, sustainable food systems.”[7] According to Ashworth, the indoor farming movement may make small-scale farming even more important in the overall scheme of things. He reports, “Technology has made farming easier. … Tech can enable regular folks to grow their own vegetables and herbs too, as app-enabled home systems like Click & Grow and Lettuce Grow Farmstand have blurred the line between farmer and hobbyist. It’s a phenomenon — and a market — that companies have become keen to capitalize on.”

Ashworth adds, “For years, proponents have hailed indoor growing techniques like hydroponics (growing plants in nutrient-rich water rather than soil) and vertical farming (packing rows of plants beneath grow lamps inside of a warehouse, basement, or retrofitted shipping container) as ways to ‘democratize farming’ for anyone who wants to give growing a go, regardless of whether they own any fertile land.” As climate change makes once-arable land infertile, containers and buildings may rise where crops once grew. Oller reports, “[A company called] 80 Acres Farms takes its name from its claim that it can grow the same amount of food indoors as on a traditional farm, which usually needs about 80 acres of land. It also says its growing methods use 97% less water than traditional farming, and are powered by renewable energy.”

Before you get too excited and catch the “Green Acres” fever, Ashworth cautions, “Even after you load a garden up with sensors, remote controls, and automation, farming is hard.” Alexa Kaminski, a PhD student at the Rochester Institute of Technology, told him, “It’s definitely still farming. A lot of times these are advertised as turnkeys or just plug and play. It’s not always as simple as that. There’s still a lot to control. There’s still a lot that can go wrong.” Ashworth concludes, “Growing indoors, especially in a tight space like a shipping container, can be tricky. Energy costs for powering lights and water pumps can outweigh the potential return on investment. The tight space also limits what crops you can grow.” Despite potential challenges and limitations, in the years ahead, climate change may force a good portion of agriculture indoors.