Home » Food and Drink » What Does the Census Mean for the Grocery Business? 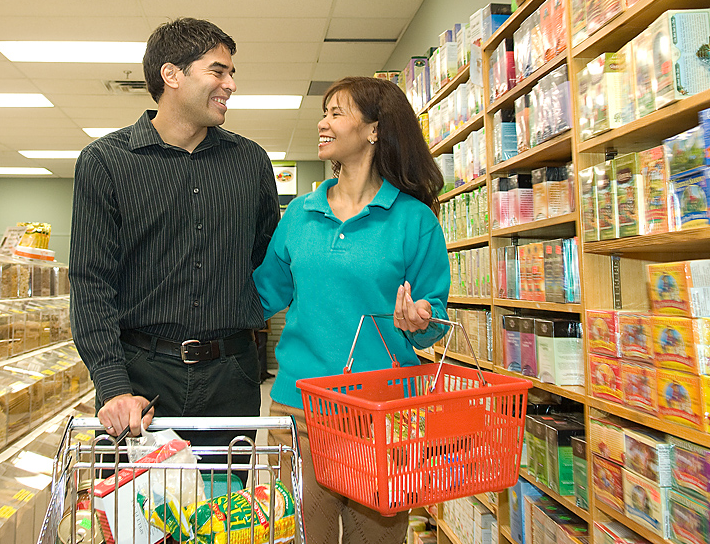 What Does the Census Mean for the Grocery Business?

Perhaps the biggest news generated by the latest census data was the fact that the “white” population decreased for the first time since such data has been collected. William H. Frey, a Senior Fellow in the Metropolitan Policy Program at the Brookings Institution observes, “The first release of race-ethnic statistics from the 2020 census makes plain that America’s ‘diversity explosion’ is continuing, albeit in the context of slower national growth, especially among the youth. The new numbers show that, for the first time, there was a decade-long loss in the number of white Americans who do not identify with other racial and ethnic groups. This means that all of the nation’s 2010-to-2020 growth is attributable to people of color — those identifying as Latino or Hispanic, Black, Asian American, Native Hawaiian or Pacific Islander, Native American, and as two or more races. Together, these groups now comprise more than 40% of the U.S. population.”[1] Although this fact will likely spark all sorts of political and cultural debates, the food industry needs to consider what a more diverse America means for the grocery sector.

Years before the 2020 census data was released, Jeff Wells (@JeffWellsWH), Senior Editor at Grocery Dive, asserted that diversity in the general population should be mirrored in the leadership of grocery chains. He explained, “Diversity isn’t just a box that supermarket leaders need to check off. It’s a value that informs how effectively they’re able to reach the many different customers they serve.”[2] He admitted he wasn’t the first pundit to promote diversity in the grocery sector. He explained, “A [2015] white paper from the Food Marketing Institute … spelled it out pretty effectively. Rather than just a ‘do-gooder’ practice, the paper stated, diversity is now ‘a sustainable business practice, a competitive advantage and a necessary means of increasing market share.’” In fact, that paper defined diversity beyond ethnic identification and insisted diversity needed to reach beyond grocery chain leadership into supplier ownership. It concluded, “Food retailers who want to reach today’s growing minority populations should make sure their supplier sources include companies that are at least 51 percent owned, operated and controlled by minorities, women, veteran/service disabled veterans, and/or LGBT individuals.”[3]

In an interview concerning the FMI white paper, Terry J. Soto (@terrysoto), founder, President and Chief Executive Officer of About Marketing Solutions, Inc., explained why having diverse leadership is important in order to understand important customer segments. She stated, “The growing populations of Hispanics, Asian Americans and African Americans are not only demonstrating their considerable purchasing potential; they are also changing the way that America eats. These ethnic consumers are accustomed to a broad variety of food products and are introducing new international foods with tremendous crossover appeal.”[4] She added, “Diverse populations also are much younger, are having kids, have larger households and have the most mouths to feed. This equals larger market baskets and more weekly fill-in shopping trips to buy ethnic and non-ethnic products. This population’s younger average age makes them more valuable consumers because the life of their grocery spending is at least 15 years longer than currently aging non-Hispanic white consumers.”

Catering to Ethnic Tastes Can Be Tricky

As Soto noted, America’s diverse ethnic groups have helped expose all Americans to a wide variety of new and exciting foods and cuisines. Even so, some ethnic groups can’t find the products they desire in traditional grocery stores. As a result, numerous Latino, Asian and other specialty grocers are now part of the grocery sector. In many cases, however, ethnic foods are now pretty mainstream; which prompted food reporter Priya Krishna (@priyakrishna) to ask, “Why do American grocery stores still have an ethnic aisle?”[5] She notes, “Today, the section can seem like an anachronism — a cramming of countless cultures into a single small enclave, in a country where an estimated 40 percent of the population identifies as nonwhite, according to the Census Bureau, and where H Mart, a Korean American supermarket chain, has become one of the fastest-growing retailers by specializing in foods from around the world. Even the word ‘ethnic,’ emblazoned on signs over many of these corridors, feels meaningless, as everyone has an ethnicity.” On the other, she writes, “Doing away with it isn’t as easy as it might sound.” Why? Because most shoppers have been conditioned to look there for certain food items.

Editors at The Counter note “ethnic aisles” began appearing in grocery stores following the Second World War in order “to provide returning vets with foods they had eaten overseas in countries like Germany, Italy, and Japan.”[6] Like Krishna, they observe, “European cuisines like Italian food have moved into the store’s general population of items, [while] others, like Indian food, can’t seem to shake the ethnic label.” This situation prompted business writer Lauren Shamo to ask, “Is the ethnic food aisle racist? In the following video, she shares the challenges grocery stores face when designing their planograms. It provides an interesting history of ethnic aisles and grocery stores.

The Counter editors note, “Advocates say labeled aisles make items easy to find, and for the uninformed, easier to identify and try the unfamiliar. But critics, particularly suppliers, say it can limit the versatility and performance of their products. Others question the motivation of corralling ethnic items into a single aisle in a country where about 40 percent of the population is nonwhite. If everyone has an ethnicity, why is it that only some products carry the label? The former vice president of grocery at Whole Foods described the practice as ‘a legacy of white supremacy and colonialism’.” The last thing supermarket chains want or need is to be labeled racist.

Journalist Hanna Claeson indicates the pandemic may actually have been a blessing for the lowly ethnic (or international) foods aisle. She explains that when traditional aisles were sold out of some items, similar items were often still available in the ethnic aisle because no one had been trained to look there. As a result, she writes, “Ethnic aisles may have been a saving grace for shoppers during the beginning of the coronavirus pandemic.”[8] Like others, however, she believes the ethnic aisle is likely to be tossed into history’s dustbin as younger shoppers deem them “nonsensical.”

If the 2020 Census reveals anything, it is that ethnic aisles are becoming anachronistic. Supermarket News editors Michael Browne (@mbtravel) and Russell Redman report the CPG sales and marketing firm Acosta predicts, “Over the next several decades, the U.S. grocery retail experience will increasingly be shaped by multicultural consumers, based on population growth and current shopping behaviors.”[8] John Clevenger, Senior Vice President and Managing Director for Acosta Strategic Advisors, noted, “The growing multicultural population will drastically impact the grocery industry, and we have already noticed key differences between shopper groups.” In order to keep up with changes in shopper behavior, including changes in the ethnic makeup of consumers, grocers and CPG brands will need to rely on data and cognitive technology solutions like the Enterra Shopper Marketing and Consumer Insights Intelligence System™. Although America remains a mixing bowl of cultures, those cultures are not spread evenly across the country. Grocers will have to know what the shoppers near them prefer if they wish to cater to their tastes and maximize profits.