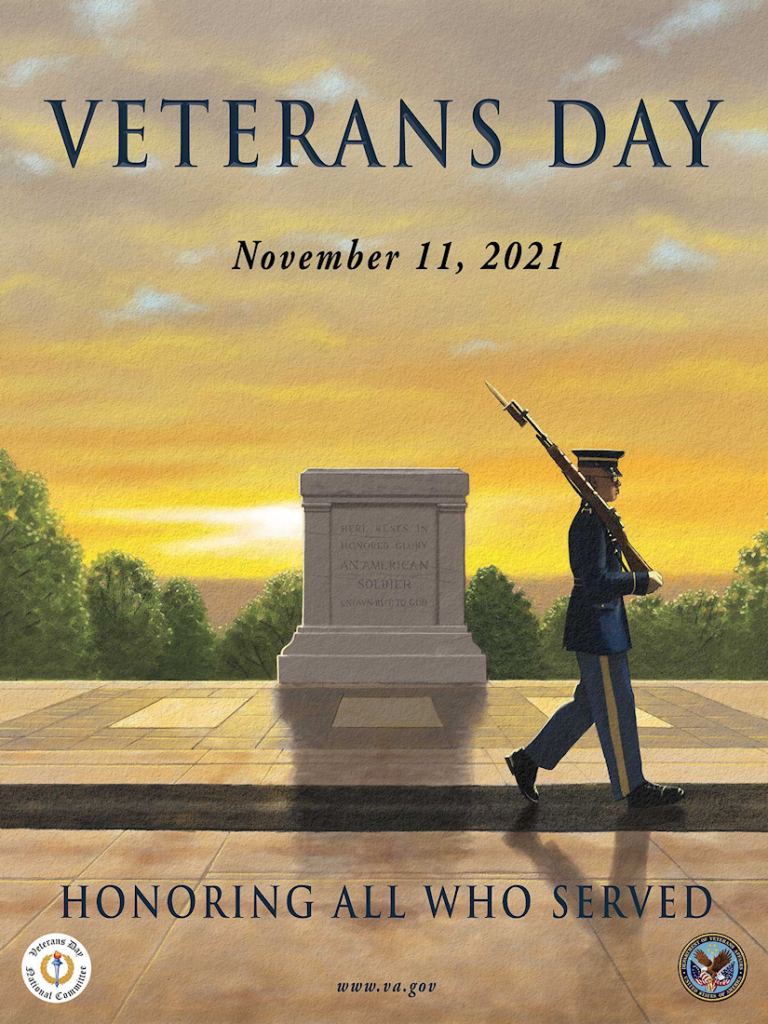 Veterans Day began as a celebration commemorating the end of a war — a conflict now known as the First World War. The hope was that the First World War would end all wars. Wikipedia notes, “During August 1914, immediately after the outbreak of the war, British author and social commentator H. G. Wells published a number of articles in London newspapers that subsequently appeared as a book entitled The War That Will End War. He blamed the Central Powers for starting the war and argued that only the defeat of German militarism could bring about an end. He used the shorter form, ‘the war to end war’, [in another book entitled] In the Fourth Year (1918), in which he noted that the phrase ‘got into circulation’ in the second half of 1914. It became one of the most common catchphrases of the First World War.”[1] As we are now painfully aware, war did not end with that conflict and it became clear that a holiday commemorating the end of the First World War needed an update.

History.com reports, “Veterans Day is a U.S. legal holiday dedicated to American veterans of all wars. … In 1918, on the 11th hour of the 11th day of the 11th month, an armistice, or temporary cessation of hostilities, was declared between the Allied nations and Germany in World War I, then known as ‘the Great War.’ Commemorated in many countries as Armistice Day the following year, November 11th became a federal holiday in the United States in 1938. In the aftermath of World War II and the Korean War, Armistice Day became known as Veterans Day.”[2] The editors of The Old Farmers’ Almanac note, “Veterans Day is an important day set aside to honor and show appreciation for ALL who have served in the United States military — in wartime or peacetime, living, or deceased.”[3] They quote the late Roy Rogers, who stated, “We can’t all be heroes; someone has to sit on the curb and clap as they go by.”

These are difficult and troubling times for active-duty military members and veterans. The fact that numerous veterans took part in the insurrection on 6 January 2020 has many people questioning whether military service members still hold dear the values of honor, duty, and country. I believe the majority of them do. Are there rogue members? Certainly. Nevertheless, the vast majority of those who serve and who have served in the military services have proven time and again their willingness to fight and die for the highest ideals of freedom and democracy. The editors of The Old Farmers’ Almanac write:

“Remember that Veterans Day is to honor the service of all Americans who have served, but particular the living veterans among us. Many of our vets stepped in harm’s way on our behalf. Therefore, a cheery ‘Happy Veterans Day!’ may not quite be fitting to a person who may have friends who died in combat. According to a veterans poll (CVN), 49% of vets feel uneasy with the expression, ‘Thank you for your service.’ They weren’t sure how to respond, and preferred action to words. But don’t get hung up on not knowing exactly how to express your gratitude to a veteran. Everyone knows and appreciates a kind word and, even better, an act of kindness.”

Many service members are uneasy about being thanked for their service because they know family members seldom receive the thanks they deserve for supporting and sustaining them while deployed. Another reason some veterans dislike the phrase is because their service left them with deep physical and/or emotional scars. Last June, Meghann Myers (@Meghann_MT), Military Times Pentagon Bureau Chief, reported a study released by the Costs of War Project found four times as many troops and vets have died by suicide as in combat since the terrorist attacks of 11 September 2001.[4] She writes, “[According to a news release,] ‘The report notes that the increasing rates of suicide for both veterans and active duty personnel are outpacing those of the general population ― an alarming shift, as suicide rates among service members have historically been lower than suicide rates among the general population.’ Per researchers’ estimates, 30,177 Global War on Terror veterans have died by suicide, compared to 7,057 who have died while deployed in support of the Global War on Terror.”

There is some hopeful news on that front. Matthew Miller, Director of VA’s Suicide Prevention Program at the Office of Mental Health and Suicide Prevention, reports, “VA’s latest data from 2019 shows a decrease in suicide among Veterans from the year prior. The decrease, reflecting the lowest number of Veteran suicides since 2007, provides hope and motivation for continued prevention efforts.”[5] Nevertheless, Miller notes, “Adjusting for age- and sex-differences, the rate among Veterans in 2019 was 52.3% higher than for non-Veteran US adults.” Believing that actions speak louder than words, the editors of The Old Farmers’ Almanac suggest several ways you can honor active-duty members and veterans on this day. They include:

1. If you personally know a veteran (perhaps a relative, friend, or even a neighbor), reach out to them on Veterans Day. This is one opportunity to engage beyond just saying thank you. If they are comfortable discussing it, ask a vet where they served, where they were stationed, what specific jobs they did while serving, and so on.

2. If you’re not close to a veteran, write a thank you card and drop it off at a VA hospital. If you’re not in time for this Veterans Day, that’s fine; a thoughtful card is appreciated any time. Or, contact Operation Gratitude, which sends letters of thanks and care packages to veterans as well as deployed vets.

3. Do you have a driver’s license? Help bring disabled vets to their doctor appointments. Contact the hospital service coordinator at your local VA Hospital.

4. Call your Veterans Administration Hospital. See how you can help out.

When Armistice Day became a federal holiday in 1938, it was “dedicated to the cause of world peace.” During the Cold War, the military services were driven by the motto “peace through strength.” Peace should remain the goal, even as we confront terrorism and face an increasingly belligerent China. Dedicated men and women will continue to place their lives on the altar of freedom in our behalf and we should never take their offerings for granted. 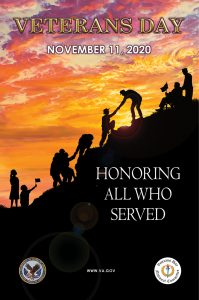 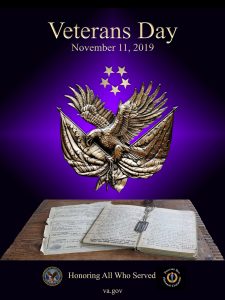