Home » Miscellaneous » Tribute to a Friend

Tribute to a Friend

This past Friday evening Bill Eastburn a close friend of mine and my family passed away. Bill was a personal mentor, an investor in Enterra Solutions® and founding member of the Company’s Board of Directors. His passing was both a tremendous personal and professional loss. He will be missed by me, my family and the Enterra Solutions team for a very long time.

Bill was a Great Man and a true Gentlemen. He contributed greatly to his community and the nation. Bill touched hundreds of lives throughout his career and helped many, many people, throughout his life – including me. Bill fancied himself a “country lawyer,” however he was much more than that self deprecating term acknowledges. He was a father, a business leader, a mentor, a philanthropist, a political leader, a prosecutor, a defender, and mostly a friend to many of us in Bucks County and throughout the United States. Before I describe some of the wonderful memories I recall of how Bill assisted me, Enterra Solutions and others, I thought I would give folks a quick recollection of Bill’s remarkable life.

Bill was a native Pennsylvanian, born in Germantown. He graduated from Trinity College, Hartford, Connecticut (A.B., 1956); and the University of Pennsylvania (LL.B., 1959). He was admitted to the Pennsylvania Bar in 1960 and enjoyed a distinguished legal career. He served as an Assistant District Attorney in Bucks County, Pennsylvania, from 1962-1965. During that time he also served as a Special Assistant Attorney General for the Commonwealth of Pennsylvania. After leaving government service, he began private practice specializing in Banking Law; Business and Corporate Law; Environmental Law; General Contracts; Real State Law; Civil Practice; and Criminal Law.

Bill devoted much of his time to public service. In 1991, he co-founded Americans for Native Americans (ANA) and has served as Chairman since its founding. He was also founder (1993) and Chairman of the Board of Voice of Reason – people committed to reducing gun violence without infringing on personal liberties. Since 1995, he served as the Chairman of Bucks County Commission on Violence Prevention Task Force and, since 1996, served as Chairman of the Bucks County Implementation Commission on Violence Prevention. He was a member of Board of Directors of Free Clinic of Doylestown Hospital. In December 2006, Bill was featured in Parade Magazine for his efforts to provide relief to victims of Hurricane Katrina. Although the victims of that tragedy lived far from his neighborhood, he felt their pain and rushed to relieve it. That was the Bill Eastburn I knew and loved.

He served on a number of Boards of Director in addition to Enterra Solutions’ Board. They included: Western Health Foundation, Gallup, New Mexico, where he also served as Vice Chairman; the Heritage Conservancy; and First Service Bank. He also served with Leo Holt on the Board of Directors of Jackson laboratories. There are probably more activities that Bill is involved with that I am not privy to. I’m sure these organizations will miss Bill’s guidance and advice as much as I do.

I met Bill many years ago when Beverly and I had moved to Pennsylvania from Washington, DC. I was introduced to Bill Eastburn by my best friend Chris Larsin. Chris and Bill’s son Billy went to Trinity College in Connecticut together (just as Bill did a generation before) and they became close friends. When I moved to Bucks County, I needed a local attorney for local business transactions and Chris introduced me to Bill Eastburn. Bill became my family attorney and he welcomed me into the business and political community in Bucks County. Being introduced to the business community in Bucks County by Bill Eastburn opened many doors for me. Bill introduced me to Jim Greenwood, our powerful Congressman, and he introduced me to Joe Conti, who was our influential State Senator. He connected me to many other business leaders at banks, law firms and other organizations. He also introduced me to the philanthropic community where we attended charitable events together. Bill always insisted that people needed to put something back into the community.

When I formed Enterra Strategies in 2001, Bill helped me get my feet wet and obtain some of my first clients. He introduced me to Larry Caplin at National Dental. National Dental became a large client of Enterra Strategies and its founder and CEO Larry Caplin and I became friends. In running Enterra Strategies Bill and I became close friends and collaborated often. In 2003, I decided to launch Enterra Solutions and early in that year, I brought Bill, RADM Steve Chadwick (who I met on the Pearl S Buck International non-profit Board), and about eight other close friends and advisors to the Chauncey Conference Center in Princeton, New Jersey. At this meeting I described to the group the concept for building a next generation company that would address the security, compliance and competitive challenges of complex organizations in a rapidly changing global marketplace. Bill was an enthusiastic supporter and I remember him and Steve Chadwick encouraging me to put together a business plan to organize Enterra Solutions to attack the business model that I described in the offsite. Three months later, Bill and Steve Chadwick became the original investors along with Beverly Brossoie, Chris Larsin, my doctor Lou Tsarouhas and Steve Mazlin.

Bill was indefatigable in helping me finance and grow Enterra Solutions. Bill and RADM. Chadwick joined the Board of Directors in the summer of 2003 and we were off to the races building a business whose technology and management practices had never been built before. A major testament to the quality of a person is the people with whom they surround themselves. Throughout the years leading up to 2003, Bill introduced me to his network of friends and acquaintances; however, as we began to birth Enterra Solutions he accelerated the introductions to a broader and deeper number of contacts in his network. In the spring of 2003, we made a trip to Newport, Rhode Island, to attend the Naval War College’s Current Strategy Forum. Bill and I flew to Newport on Bob Byers – a prominent local businessman’s – airplane. On the plane were Bill, Bob, myself and Constantine Papadakis, President of Drexel University. At the Current Strategy Forum we were briefed on globalization, many of the current activities of the U.S. Government, and the business community as they related to the Global War on Terrorism and International Security Affairs. It was at this Forum that I first met Tom Barnett, who was a lecturer at the event, and was introduced to us by VADM Art Cebrowski, President of the Naval War College (who similarly to Bill’s relationship to me was Tom Barnett’s mentor and unfortunately passed away a couple of years ago).

Most people in my business are familiar with the category of software programs that are called Link Analysis programs, which are a bit like the Kevin Bacon-centric game called Six Degrees of Separation. If you view Bill as a hub and his friends, colleagues and contacts as spokes coming off that hub, Bill was a major node, or hub, on the landscape. Without ever seeking fame, Bill was a star with a tremendous number of great people orbiting around the pull of his personality. I met and became associated with the following partial list of accomplished individuals by or supported by Bill: Steve Chadwick (I introduced Steve to Bill and they became friends), Marv Woodall former President of J&J Int’l Operations and leader of the team who invented the stent (introduced by Steve Chadwick and Bill), Constantine Papadakis Leo Holt (Co-President of Holt Logistics), Jim Greenwood, Joe Conti, Don Worthington (Penn National Bank Division President, Larry Caplin of National Dental, Mike Moss (international businessman) and many other bankers, lawyers, business leaders and philanthropists.

As a Board Member, Bill always offered great advice and counsel. He was able to navigate complex issues from an analytical, ethical and moral perspective. With Bill on the board, I always knew that I could bring any issue to it (no matter how difficult) and get a proper constructive and supportive response. Bill, along with the other Board members, was always there to “do the right thing.” That is an incredibly strong asset to have when you are creating a business from whole cloth and trying to rapidly scale a new organization with a complex business model.

Personally, Bill was a great presence at the annual Enterra Solutions’ Holiday Party. He would always wear his red, wide wale corduroy pants with green Holly leaves on them. We would sample all of the Wine Spectator “Top 100 $20 and under” wines and laugh and tell stories. One of his passions was his annual summer fundraiser for the Americans for Native American’s charitable organization that he and his wife Connie started many years ago.

Bill’s heart was always open to those in need such that when Hurricane Katrina struck Louisiana and Mississippi, Bill was there to organize a relief effort that would become the model for community based relief efforts to come. As noted earlier, Bill was recognized for this effort by Parade Magazine in 2006.

Bill Eastburn was my friend. He was a wonderful man – a giant of a person – and someone who I will miss for a long time. His life was full of achievement; he used every day to move forward in all aspects of life. He leaves this world a much better place as a result of his accomplishments. I hope that he is happy and in a peaceful place looking down on his family and the charitable activities that meant so much to him. He meant a tremendous amount to all of us. 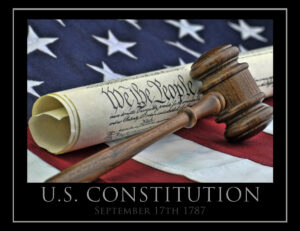