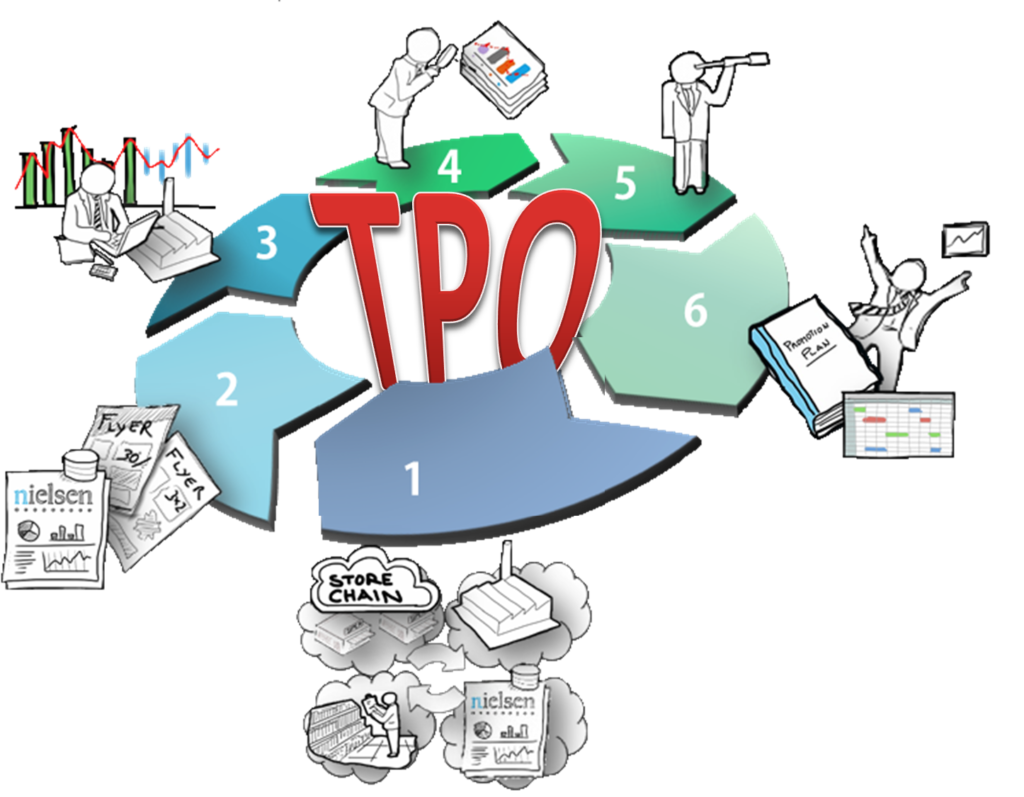 “Trade Promotion Management (TPM) is the process of planning and accounting for the funding of events and activities at retail including brand management, budgeting, account management, demand planning, integrated sales and marketing, retail execution, and back-end processes (including settlement), and analytics.”

It defines TPO this way:

There are obviously a lot of companies, including mine (Enterra Solutions®), touting their TPO solutions and most of them agree that using predictive analytics plays an important role in trade promotion. Analysts at the Synectics Group write, “Predictive analytics is the ability to utilize historical data to identify the things that influence sales, and apply that learning to forecast future sales.” [“What is Trade Promotion Optimization (TPO)?” AFS Technologies & Synectics Group] They continue:

“The most common form of predictive analytics used by CPG manufacturers in trade promotion is a promotional lift model. Utilizing historical weekly data, lift models can identify and quantify the impact that discounted retail prices, different forms of merchandizing, seasonality, and other retail conditions have on weekly sales to the end consumer. Mathematically extracting this information in the form of coefficients allows the information to be used to predict future results of events. Lift models are typically a type of simulation. The user enters a specific retail price point, type of merchandizing, and other information. The model returns a volume forecast or ‘promotional lift’ for that set of retail conditions.”[3]

I, along with a few other business leaders, was asked by Consumer Goods Technology (CGT) magazine to answer the question, “Which business or technology initiative should take top priority in 2015/2016 for consumer goods companies?” Trying to settle on just one technology initiative is not easy; however, I selected trade promotion optimization because, for CPG firms, sales are the bottom line. Here’s what I wrote for CGT:

“Cutting-edge data science has swung the door wide open for next-generation analytic/insight solutions such as Cognitive Computing. A big budget use case for CPG manufacturers and their retail partners is the use of Cognitive Computing to disrupt the marketplace in the area of Trade Promotion Optimization (TPO). Measuring your trade investment is becoming more difficult, and the complicated, often interrelated realities of modern category management have made it nearly impossible to rely on traditional approaches. How do you value your investments when millennial consumers don’t appear to be as loyal to brands as older consumers, retail ‘partners’ feature private labels, and product categories are in constant flux? Fortunately, data science and technologies, such as cognitive computing, have matured and can now analyze information and generate insights in near-real-time without having to add high-cost, hard-to-recruit data scientists to perform the analysis. Using a combination of artificial intelligence and machine learning, cognitive systems continually learn from data sources, and refine their quality over time. Using more advanced scientific insight, CPG companies can better understand the impact of the confounding variables, generate actionable insights, and provide better recommendations for TPO on the fly. That’s a big change from the past.”

CPG firms can’t point to any single factor as the primary reason to reimagine their approach to marketing. There are simply too many confounding variables. As a result, only advanced technologies like cognitive computing can deal with them in a realistic way. As an example of how variables can increase, the analysts from L.E.K. point to “tracking the historical trade promotion calendar” as one area that is more complex than it would seem. They explain:

“This data provides historical insight into the effect that trade spending has on a category and provides a basis for analyzing alternative scenarios. However, this analysis does not typically show how consumers respond to pricing changes in a given sector. Understanding a category’s elasticity is critical to assessing trade spend effectiveness.”

The attached image from Transart depicts the point that data must be gathered from a number of sources, systems, and sites and then be integrated in a system that can then optimize trade promotions. It’s easy to see that there is a lot of complexity involved. Analysts from the Promotion Optimization Institute and Gartner jointly developed a TPO maturity model that begins with Transactional activities on one end of the spectrum and Collaborative Optimization on the other. As the POI/Gartner analysts note, the highest level of maturity involves “committed organizations [that] consistently contribute to the mutual profitability of the trading partnership.” To get the best ROI from a specific trade promotion, manufacturers and retailers must know what variables affect sales in specific store locations. With hundreds of stores there are simply too many variables for traditional TPO analytics to take into consideration. That problem is greatly reduced when cognitive computing enters the picture.

ROI is important because manufacturers spend a lot on trade promotion. Trey Alexander and Hans Van Delden, analysts with Booz & Co., noted a number of year ago, “Any discussion of collaboration between manufacturers and retailers would be incomplete without an examination of trade spending, a cash outlay that for manufacturers may account for as much as 25 percent of gross sales and is the second-largest item on the P&L, behind cost of goods sold.”[4] Like their POI/Gartner counterparts, Booz analysts note, “The goal is a collaboration between manufacturers and retailers to manage the trade-offs of investment decisions in a way that increases the return on the portfolio for both.” That collaboration has a much better chance of occurring if both parties are confident that the variables affecting their sales are taken into account. In the past, that has not always been the case. Chris Donnelly, global managing director, retail practice at Accenture, told Garbato that “retailers and suppliers need clear, complementary goals.” He continued:

“Goals can intersect and frequently do. But they’re not always perfectly aligned. There’s confusion when both want something different and don’t realize it. [Retailers] need to align with the supplier so the factory can meet demand. With everybody on the same page, there [are] benefits.”

Cognitive computing can help align goals because it can integrate data that, as Garbato notes, is often misaligned. “Companies must ensure they have the right data,” she writes. “But retailers can be inundated with data that’s misaligned.” Donnelly told her, “Many of their systems aren’t talking to each other — they have islands or silos of data. It’s a big effort. And once you get it together, you should think thoughtfully how to use it.” Cognitive computing can help in that effort. If you haven’t already started, your company should be planning a Proof of Concept project in this important area in 2015. 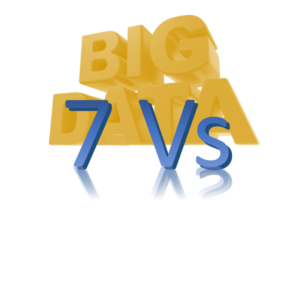