Milind Mody, founder and CEO of eBrandz, an Indian search marketing company, writes about a small, but very demanding, customer that his company dealt with when it was first getting established. Apparently, Mody had to do a lot of hand holding and provide a lot of personal attention to keep this customer happy. A few years later, after Mody had established an office in New York City, he was contacted by that same customer, who, in the intervening years, had “started his own agency and got hold of a huge national account.” They began a new and profitable business arrangement. Mody writes, “When I asked him why he selected us, he told me what stood out was the trust he had developed because of the way I had handled his account seven years before.” [“Why Customer Support Is as Important as Sales,” Wall Street Journal, 16 December 2010]. Mody continues:

“This got me thinking and I started asking questions of my sales and support team. What I found was that a significant portion of our sales were coming from existing clients and they were being recommended by our various service teams (each project manager acts as a customer support representative for a client). … We started doing customer testimonials and feedback. And invariably many clients would tell us how they are happy with their project manager and how that has made them stay with us. We all know that B2B selling is relationship-based selling meaning a client will buy from you if they like you. But why are we restricting ourselves to sales? Doesn’t the same relationship apply for customer support? Isn’t customer support crucial in retaining business? And is customer service important only for B2B? The answer is obviously no.”

On further reflection, Mody realized that he had personally made decisions based on the level of customer service provided by certain companies. He provides the following example:

“My family wanted to buy a refrigerator and they asked me to do due diligence on a model they liked. This model was launched by a new company and it was a cool-looking gadget. I called my friend who deals in consumer electronics and asked him about his opinion. He said while the model was good, the customer support by the company was non-existent. That was the end of it. He recommended going with ‘regular’ known brands that had good customer support. … The dealer might get better margins from certain brands but guess what? They also have to handle customer complaints. And what would they prefer? A little extra money or the peace of mind that their customer complaints will be handled professionally by the company?”

Unfortunately, I would have to say that many retailers opt for profit margins over customer service. Mody believes that neglecting customer service is a self-inflicted wound that could eventually prove fatal. He recommends that when a company is making hiring decisions, it should “not compromise on the quality of people who will do … customer support.” Joe Light agrees that customer service representatives are important, as is the approach a company takes to handling customer service. “Companies have rolled out numerous social-networking tools, instant messaging programs and text-messaging systems to handle customer-service inquiries,” he writes. “But even though increasing numbers of people are comfortable with new communications technology, it’s apparently not how they want to interact with companies.” [“With Customer Service, Real Person Trumps Text,” Wall Street Journal, 25 April 2011]. When it comes to handling problems, people want to talk to people. Light continues:

“According to a survey by American Express Co., about 90% of respondents said they still want their inquiries handled by live representatives over the good old telephone. That isn’t to say that customers aren’t open to newer communications methods. About half of customers said they like customer service delivered by online chat, and a little more than one-fifth said they would use social-networking sites, American Express found. Bolstering the person-to-person ideal, 75% said they were very or somewhat interested in dealing with a person face-to-face. But a full 67% said they are fine going through a company website. Coming in lowest: Only 20% of respondents said they were interested in an automated-response system on the phone.”

Admit it; nothing is more frustrating than having to press your way through a series of irritating phone menus only to be put on hold for a lengthy period of time before talking to a real person. Frustration turns to anger when, at regular intervals, a recorded voice comes on the line to tell you, “Your call is important to us.” Does anyone honestly feel important at that moment? I don’t think so. Light continues:

“About 70% of consumers in the survey said they are willing to spend more with a company that provides good customer service, indicating a shift in priorities from the year earlier. Last year, only 58% of customers said that they would spend more for better customer service. Some 15% of consumers said they would spend 20% more with companies with good service, versus only 5% who said so in 2010. ‘[Consumers] are frustrated by service or a lack thereof,’ said Jim Bush, an executive vice president with American Express, who oversees customer service. Companies have traditionally thought of customer service as a cost center, which made it a ripe target for cuts during the downturn, Mr. Bush said. That has contributed to increasing frustration among consumers at poor service in recent years, he added.”

With more ways than ever for consumers to complain about customer service, retailers may find that customer service does become a cost center — but the cost will be to their bottom line and reputation. When people have a problem they want it fixed and “automated or online services … are rarely … empowered to fix problems.” Mary Jo Bitner, director of the Center for Services Leadership at Arizona State University, told Light, “A lot of times people don’t realize how much they value service until a company takes it away. Customers have seen companies cut service and are saying ‘Wait a minute. I really do value that.'” Accepting the premise that customers value service, some companies are now asking, “Will they pay for it?” Kelli B. Grant reports, “In an effort to both make a buck and fix the public-relations nightmare that has become customer service, cable companies, airlines, gadget makers and other firms are now charging for better customer service.” [“Is Customer Service Worth Paying for?” Wall Street Journal, 10 March 2011] She continues:

“For roughly $180 extra per year, Time Warner Cable customers can now have access to a 24-hour support hotline and a three-hour window (narrowed from up to eight hours). Just last week, Apple began offering small businesses a version of its popular ProCare package, called Joint Venture, with repair and troubleshooting privileges. And recently, American joined United and Southwest in charging fliers for priority boarding access. American values the perk at $9 to $19 per flight segment. … The companies say they aim to provide good service to all customers, and this is just a cut above.”

Pardon me for a moment while I wipe the tears from my eyes. I’m not sure whether the tears are from sorrow that companies have stooped to charging for better service or from laughter that these companies believe their “standard” service is actually good. I don’t think Grant is buying their lines either. She writes:

“It’s nearly impossible to get customer service these days without waiting in line, on hold, or for a technician to show up within an eight-hour window. … To hear consumers talk, finding even decent customer service is practically a miracle. Last year, 64% of consumers said they’d stopped doing business with a company due to poor customer service, according to a global survey by Accenture. And complaints to the Better Business Bureau, which are often but not exclusively about service, rose 10% from 2008 to 2009 (the latest available data).”

Nevertheless, Grant admits that some customers appear willing to pay extra for better service and that makes it a double-win for companies. She explains:

“Businesses who offer the prospect of a better experience, even for a price, may have an edge on competitors. Even in the throes of the recession, 85% of consumers in a Harris Interactive poll said they would be willing to pay more for their purchase if it meant getting better customer service. But the companies have another incentive, too: Those fees may be used to encourage customer loyalty. Best Buy offers a 15-day extension on its usual 30-day return period to customers who spend $2,500 per year. Gap shoppers who charge $800 to a store credit card annually get ‘silver status,’ with a dedicated members-only service line for orders, returns and other customer service issues, a spokeswoman says. ‘When we use customer service to reward our biggest customers, that ideally creates incentives for many customers to want to become bigger,’ says Michael Schrage, a research fellow with the Center for Digital Business at MIT’s Sloan School of Management.”

“Not if you were already getting bad customer service, which isn’t necessarily going to improve with payment, says Kelly Hlavinka, a managing partner for loyalty research firm Colloquy: many companies use the same service centers for all their callers. So priority customers will have a shorter wait, but not necessarily a nicer or more knowledgeable rep. ‘This should be built on a base of good service,’ she says. Instead, check to see if a company’s competitors are offering a similar perk for free, or if consumer reviews are somewhat kinder regarding hold times or rep know-how, says Richard Chase, a professor of operations management at the University of Southern California.” 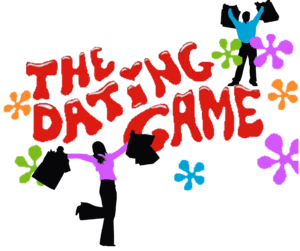 Nearly threescore years ago, The Dating Game was introduced to television audiences. Hosted by Jim Lange, the show featured bachelorettes and bachelors asking questions to