Home » Industry 4.0 » To Innovate the U.S. Must Manufacture

To Innovate the U.S. Must Manufacture

The twentieth century was almost universally recognized as the American century. There were numerous reasons for that; but, high among them was the fact that America was known as a country of innovators. Louis Uchitelle argues that the American century started to ebb when its factories started to close. Although Uchitelle begins by making an economic argument, another point he eventually makes is that a lot of innovation disappeared when the factories went away. [“When Factories Vanish, So Can Innovators,” New York Times, 12 February 2011] He writes:

“Losing an industry or ceasing to manufacture a particular product … has indeed become a fairly frequent event. Just in the last few years, the last sardine cannery, in Maine, closed its doors. Stainless steel rebars, the sturdy rods that reinforce concrete in all kinds of construction, are now no longer made in America. Neither are vending machines or incandescent light bulbs or cellphones or laptop computers. Less noticeably, American manufacturers are importing more of the components that go into their products. The imported portion has risen to more than 25 percent from 17 percent in 1997, according to Susan Houseman, a senior economist at the W.E. Upjohn Institute in Kalamazoo, Mich.”

Uchitelle, for example, singles out the Boeing Company. “Boeing … once bought all of its components from American suppliers or made them in its factories here,” he writes. “Now the wings of several of its airliners are manufactured by Japanese subcontractors and shipped across the Pacific in giant cargo planes.” There are reasons that parts are being imported beyond the search for lower cost manufacturing. No one can claim that Japan, for example, is a low-cost country. The reason that Boeing uses so many foreign parts is because it wants to sell its aircraft all over the globe. That is a much easier task when it can show that buying a Boeing product creates jobs in the target country. Nevertheless, Uchitelle’s argument, that foreign components are used more widely in U.S. products today than in the past, remains true. The reason this concerns him is because he believes it skews GDP figures. He explains:

“An accurate count would reduce manufacturing’s share of the gross domestic product, or total national output, to less than the 11.2 percent that the Bureau of Economic Analysis has reported through 2009, the latest figure available. That 11.2 percent would be closer to 10.5 percent, if all of the imported components were counted as imported instead of domestically made. Even the 11.2 percent figure is down sharply from the 14.2 percent share of just a decade earlier, and the nearly 30 percent of the heyday 1950s, when almost every product bought by Americans was also made here. Concern is increasing that this decline has gone too far. ‘I think there is a growing recognition that a diminished manufacturing sector will undermine our economy,’ says Mark Zandi, chief economist for Moody’s Analytics.”

Uchitelle explains that American companies gambled that profits would increase (“without any sacrifice in product quality”) by shifting manufacturing jobs from the U.S. to low-wage workers abroad. By doing so, they also gambled that “American manufacturers … would be the world’s best innovators, developing sophisticated new products here at home and producing them, at least initially, in their domestic factories.” So how did the gamble pay off? Uchitelle provides his perception:

“The first part of the arrangement worked very well. Consumer prices did fall as imports flooded in — from foreign manufacturers, of course, but also from factories newly opened abroad by American multinationals. The flood was so great that President Ronald Reagan in the 1980s placed temporary quotas on Japanese autos and motorcycles, and tariffs on selected electronic devices. The second part of the arrangement, however, has been more problematic. As it turns out, the United States is not the only path-breaker. The Toyota Prius, the first hybrid, shines as an example of Japanese ingenuity, and more than a decade after that car was developed it is still being exported from Japanese factories, marrying innovation to production and jobs. The iPad and the iPhone, developed by Apple in the United States, are spectacular technologies. But the devices themselves are made in Asia, not America. And as time passes, the people who make the iPad and the iPhone day after day — the engineers and factory workers in Asia — may produce the next innovations. Or so many experts are coming to believe, including Ms. Houseman.”

That is the crux of Uchitelle’s argument. We are helping create innovators, but those innovators now live overseas. Houseman told him, “The big debate today is whether we can continue to be competitive in R&D when we are not making the stuff that we innovate. I think not; the two can’t be separated.” If Houseman is correct, and she may be, then a lot of business leaders and policymakers need to reconsider the path U.S. manufacturing takes in the future. The thrust of Houseman’s argument is that lost jobs represent more than just lost wages and lost taxes. They represent lost knowledge and lost opportunity. Uchitelle concludes:

“While consumers have benefited from lower prices, made possible by unrestricted imports, on the other side of the ledger are tens of billion of dollars in lost manufacturing wages. Something else is gone, too. ‘We had a storehouse of knowledge and skill built up in these workers and we can’t use it now,’ says James Jordan, president of the Interstate Maglev Project, promoting a high-speed rail technology that uses special magnets to levitate and propel trains. Maglev was invented in the United States, but equipment based on that technology is manufactured and used today in Japan. Mr. Jordan argues that as manufacturing’s presence — and status — shrinks in America, the odds of a Henry Ford or a Thomas Edison or a Steve Jobs appearing in the next generation are reduced. Certainly people like Mark Zuckerberg of Facebook are inventors, though not of physical products. ‘Young people stop thinking about making things,’ Mr. Jordan says. ‘It is no longer in their heads. They have a different mental orientation.'”

The second argument is much more compelling; namely, young people are no longer thinking about making things. That has to change. On that point, I’m in full agreement with Uchitelle, Houseman, and Jordan. On the other hand, I’m not altogether despairing either. In several past posts, I discussed how some of the nation’s best schools, like the Massachusetts Institute of Technology, have very popular courses in which some of the world’s best teachers (from different disciplines) and some of the brightest students (from different majors) engage to make things that help solve some of the world’s most difficult challenges — like clean water, green energy, etc. For example, several years ago I discussed an MIT program that was seeking solutions to challenges facing the world’s poor. [“Low Technologies, High Aims,” by Andrew C. Revkin New York Times, 11 September 2007]

“Beneath the bustling ‘infinite corridor’ linking buildings at the Massachusetts Institute of Technology, just past a boiler room, an assemblage of tinkerers from 16 countries welded, stitched and hammered, working on rough-hewn inventions aimed at saving the world, one village at a time. M.I.T. has nurtured dozens of Nobel Prize winners in cerebral realms like astrophysics, economics and genetics. But lately, the institute has turned its attention toward concrete thinking to improve the lives of the world’s bottom billion, those who live on a dollar a day or less and who often die young.”

The behind-the-boiler workshop was part of “a four-week International Development Design Summit to identify problems, cobble together prototype solutions and refine the results to see which might work in the real world.” There are simply not enough of these cross-discipline kinds of courses and they need to be conducted for U.S. students, not just international students. Once a student feels the satisfaction of inventing and building something for himself, the bug seldom leaves them. Another effort with that aim that deserves more attention is a program called FIRST (For Inspiration and Recognition of Science and Technology). The organization was founded in 1989 by inventor Dean Kamen to inspire students in engineering and technology fields. The students get to build things. We need more programs like FIRST.

Alan Murray, deputy managing editor of The Wall Street Journal, wrote a review about a book entitled The Comeback by Gary Shapiro. He writes:

“Mr. Shapiro focuses on innovation, which he argues is the nation’s great competitive advantage, the source of American exceptionalism. It is easy to think of innovation as something that just happens, but it is in fact embedded in a social and political matrix. Innovation, Mr. Shapiro writes, ‘is the fortunate result of our nation’s rich and unique stew of individual liberty, constitutional democracy, limited government, free enterprise, social mobility, ethnic diversity, immigrant assimilation, intellectual freedom, property rights and the rule of law. I can’t deconstruct how each factor makes its individual contribution, but I believe each is vitally important.’ But policies need to make the most of such exceptional assets, Mr. Shapiro observes, and too often they don’t. In ‘The Comeback’ he details the policies that, he believes, will allow innovation to flourish. His recipe is a familiar one but not yet familiar enough to engage the preoccupied minds of warring political parties in Washington.”

One thing Shapiro doesn’t mention is manufacturing — probably a mistake. He does, however, vent about education. Murray continues:

“Mr. Shapiro … thinks that it’s an outrage that the U.S. ranks near the bottom among developed nations in math and science education. He doesn’t say quite what we are supposed to do about such a failure.”

James Jordan might argue that we need to teach students how to make things. In other posts, I have argued that we need to teach students how to solve problems (see Teaching Problem Solving Skills in Math and Science, Part 1 and Part 2). Apparently Shapiro advocates “teaching more ‘business and entrepreneurialism,'” beginning in high school. I’m inclined towards notion that we need to reinvigorate the spirit of manufacturing among our young people. That probably begins by helping them learn the joys of invention, which leads to innovation and manufacturing. Jennifer M. Granholm, a former governor of Michigan, asked, “Do we want in this nation to lose the backbone of manufacturing in this country? Do we want to be a nation that doesn’t want to manufacture anything?” Hopefully, the answer to that question is a resounding “no.” One thing we do know is that we are not inspiring our youth to go into engineering, math, or sciences. Recent articles report that students still favor liberal arts majors even though they lead to poorer paying jobs. [“Generation Jobless: Students Pick Easier Majors Despite Less Pay,” by Joe Light and Rachel Emma Silverman, Wall Street Journal, 9 November 2011] We need to turn that around if America is going to remain the world’s leading country for innovation. 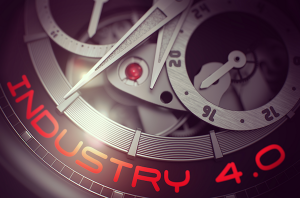