The Importance of Identifying Trends

Scott Cook, a founder and former CEO of Intuit, once stated, “Even some of the greatest technology-led revolutions, or allegedly technology-led, really were only made possible because of trends already present.” Michael Schudson, an American academic sociologist, agrees that identifying trends can help businesses succeed. “Advertising,” he has stated, “generally works to reinforce consumer trends rather than to initiate them.” Peter Bisson, Elizabeth Stephenson, and S. Patrick Viguerie, executives with McKinsey & Company, also believe that identifying trends can be important for businesses [“Global forces: An introduction,” McKinsey Quarterly, June 2010]. They write:

“Most business managers, confronted with the global forces shaping the business landscape, also assume that their ability to sculpt the future is minimal. They are right that they can do little to change a demographic trend or a widespread shift in consumer consciousness. But they can react to such forces or, even better, anticipate them to their own advantage. Above all, they ignore these forces at their peril. Business history is littered with examples of companies that missed important trends; think digitization and the music industry. Yet this history also shines with examples of companies that spied the forces changing the global business scene and used them to protect or contribute to the bottom line. Companies ranging from insurers to energy producers did precisely that in embracing the growing social concern about climate change. So did Wal-Mart Stores in applying technology to automate inventory management and reduce costs dramatically for the company and its suppliers. The fact is, trends matter.”

“Systematically spotting and acting on emerging [trends] helps companies to capture market opportunities, test risks, and spur innovation. Today, when the biggest business challenge is responding to a world in which the frame and basis of competition are always changing, any effort to set corporate strategy must consider more than traditional performance measures, such as a company’s core capabilities and the structure of the industry in which it competes. Managers must also gain an understanding of deep external forces and the narrower trends they can unleash. In our experience, if senior executives wait for the full impact of global forces to manifest themselves at an industry and company level, they will have waited too long.”

The famous futurist Peter Schwartz calls this “the art of the long view.” In his book by that name, he writes:

“To act with confidence, one must be willing to look ahead and consider uncertainties. … [Those who fail to look ahead] are at a loss for ways to act when upheaval continues. They create blind spots for themselves. Scenarios are a tool for helping us to take a long view in a world of great uncertainty.”

Business executives will never be able to accurately predict “the full impact of global forces.” That is why they must examine trends, think through scenarios those trends could bring about, and even consider what might happen if current trends suddenly stop. History has a funny way of taking sidesteps just when we’re confident we can extrapolate the future from the past. Bisson, Stephenson, and Viguerie continue:

“For much of the past year, a team at McKinsey has revisited and retested our assumptions about the key global trends that will define the coming era. We have identified five forces, or crucibles, where the stresses and tensions will be greatest and thus offer the richest opportunities for companies to innovate and change.”

They call their first mega-trend “the great rebalancing.” They foresee the rise of emerging markets as one trend that businesses simply can’t afford to ignore. They write:

“The great rebalancing. The coming decade will be the first in 200 years when emerging-market countries contribute more growth than the developed ones. This growth will not only create a wave of new middle-class consumers but also drive profound innovations in product design, market infrastructure, and value chains.”

Followers of this blog know that I have stressed both the importance and promise of emerging markets for some time. I agree with Bisson, Stephenson, and Viguerie that the decades ahead will only see this trend grow (for more on this subject, read my entitled The Decade of Emerging Markets?). Bisson and his colleagues call their next trend “the productivity imperative.” If companies from developed countries hope to keep pace with those from emerging market countries, they are going to have to foster increased productivity. They write:

“The productivity imperative. Developed-world economies will need to generate pronounced gains in productivity to power continued economic growth. The most dramatic innovations in the Western world are likely to be those that accelerate economic productivity.”

Recently the U.S. announced that productivity actually decreased; which was not good news for those who believed the U.S. was pulling out of the recession. Although that announcement made a minor ripple in the global economy, emerging market nations continued to forge ahead and put the recession behind them. The next mega-trend identified by Bisson, Stephenson, and Viguerie is labeled “the global grid,” a fancy name for the numerous connections that have been forged through globalization. They write:

“The global grid. The global economy is growing ever more connected. Complex flows of capital, goods, information, and people are creating an interlinked network that spans geographies, social groups, and economies in ways that permit large-scale interactions at any moment. This expanding grid is seeding new business models and accelerating the pace of innovation. It also makes destabilizing cycles of volatility more likely.”

Although I believe that the benefits of connectivity far outweigh the risks. Nevertheless, the destabilizing cycles of volatility discussed by Bisson, Stephenson, and Viguerie have most recently manifested themselves in the agricultural sector (especially in 2008-2009). I believe that the cycles of volatility can be dealt with better through cooperation than through retrenchment, which could start a round of trade wars that could plunge the global economy back into recession. Next Bisson, Stephenson, and Viguerie discuss “pricing the planet,” by which they mean that people will come to realize that abusing the planet comes at a cost. They write:

“Pricing the planet. A collision is shaping up among the rising demand for resources, constrained supplies, and changing social attitudes toward environmental protection. The next decade will see an increased focus on resource productivity, the emergence of substantial clean-tech industries, and regulatory initiatives.”

These kinds of initiatives are generally lumped together as “sustainability” initiatives. There was great hope that the rise of cleantech would help pull the West out of the recession, but efforts to promote cleantech have resulted in less than stunning results. Alternative energy programs are only surviving because they are heavily subsidized and they cannot compete with the price of electricity generated by coal-fired plants. Perhaps most discouraging for people in the U.S. is that China has raced ahead in the competition to become a leader in cleantech. The final mega-trend identified by Bisson, Stephenson, and Viguerie is “the market state.” Often this phenomenon is called “state capitalism.” They write:

To read more about state capitalism, read my posts entitled State Capitalism and Sovereign-Wealth Funds, Job Creation and State Capitalism, and The Rise of Hybrid Companies. Bisson, Stephenson, and Viguerie recognize that predicting the future is difficult and admit that their “thinking is exploratory rather than definitive.” They conclude:

“Precisely how these forces will unfold—and, as important, how they interact—is very much a work in progress. Still, our research, extensive one-on-one contacts, and broader survey data give us confidence that these topics should be framing every organization’s strategic conversations about how best to chart its future course. … We can be certain that this new era will not evolve smoothly. Future economic crises—quite likely, major ones—are inevitable. And management theory for the 21st century, the first with truly global enterprises, is being invented in real time, as thousands upon thousands of companies make it up as they go. What we do know is that the forces driving the emergence of this new world are too powerful to be denied and that running a 21st-century company is exponentially more complex than running a 20th-century one, of any size. Companies must pay attention to more stakeholders, more regulations, and more risks—and watch to see what their customers are tweeting about them. That complexity is greater, but so, we believe, is the opportunity. Even the most talented strategists will have, at best, incomplete knowledge of what comes next. But from our experience, we know that an understanding of the forces defining the future will also provide the best chance for seizing it.”

Associated with their article, Bisson, Stephenson, and Viguerie provided a graphic (attached below) that depicts how business executives think about the mega-trends identified above.

I find it interesting, but not surprising, that corporate executives are a lot more concerned about emerging market countries, productivity, and globalization than they are about the environment and state capitalism. In the concluding chapter of his book on dealing with scenario development, Peter Schwartz wrote, “Our fates are interconnected. People have a very hard time grasping these connections because for most of human civilization, the connection was not as important. … Today the international economic relationships, our impact on the natural environment and the globe-spanning technologies, have made a tangible difference in that old attitude.” The trends identified by Bisson, Stephenson, and Viguerie are indeed global trends that have local consequences. Business leaders would do well to conduct some “what if” analysis about how their companies are going to face the challenges ahead. 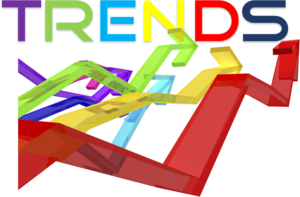 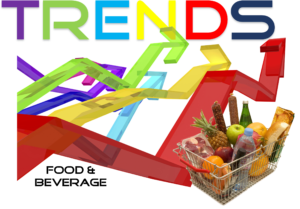