Home » Critical Infrastructure » The Future of Nuclear Power: Is There One? 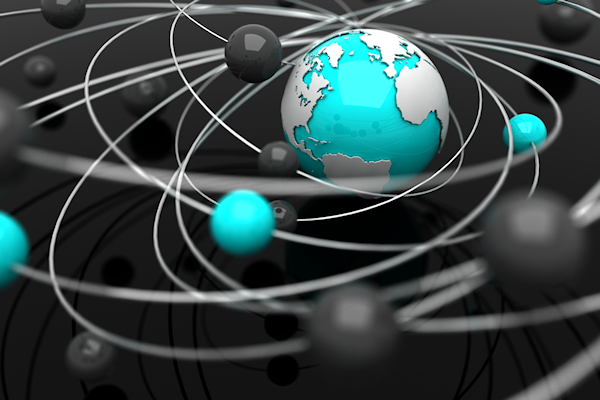 This month marks the tenth anniversary of the earthquake and subsequent tsunami that devastated the eastern coast of northern Honshu, Japan’s most populous island, and unleashed a crisis at the Fukushima Dai-ichi nuclear power plant. The Economist recalls, “The earthquake cut the plant off from outside sources of electricity. The tsunami easily topped the plant’s sea walls, flooding the underground bunkers containing its emergency generators — a foreseeable risk Japan’s neutered regulators had failed to foresee. Because there was no way to cool the reactor cores, the nuclear fuel within them began to melt; amid fire, explosion and alarming amounts of radiation, a puddle from hell began eating into the plant’s concrete foundations. The world looked on aghast.”[1] Remembering the event has, once again, raised questions about the future of nuclear power. In the aftermath of the disaster, notes The Economist, “Germany … ordered its reactors phased out. In China the world’s largest new nuclear-plant program was put on hold. Talk of a ‘nuclear renaissance’ to fight climate change fell silent.” Considering the seriousness of the calamity, negative reactions were understandable. The Economist staff agrees reactions were understandable, but it emphatically declares, “The reaction … was wrong.”

Despite the assertion that opposition to nuclear power is wrong, The Economist staff admits, “Nuclear power has a lot of drawbacks. Its large, slowly built plants are expensive both in absolute terms and in terms of the electricity they produce. Its very small but real risk of catastrophic failure requires a high level of regulation, and it has a disturbing history of regulatory capture, amply demonstrated in Japan. It produces extremely long-lived and toxic waste. And it is associated with the proliferation of nuclear weapons.” Admittedly, those challenges are significant and I will address them further below. Despite these challenges, The Economist insists nuclear energy is safe, reliable and produces zero emissions. The magazine created an interesting video to discuss the many issues associated with nuclear power.

“Against all that,” The Economist observes, “two things must be remembered. One is that well-regulated nuclear power is safe. … The other is that the climate is in crisis, and nuclear plants can supply some of the vast amounts of emissions-free electricity the world needs if it is to cope. Solar and wind power are now much cheaper, but they are intermittent. Providing a reliable grid is a lot easier if some of its generating capacity can be assumed to be available all the time. Nuclear provides such capacity with no ongoing emissions, and it is doing so safely and at scale around the world.”

Journalist David Grossman notes, “Despite being greener than solar energy, nuclear power doesn’t often feature in a green, renewable future.”[2] The future of nuclear faces a two-fold challenge. The first challenge is that old nuclear plants are being shut down. The Economist notes, “Safe and productive nuclear plants are being closed across the rich world. Those closures and the retirement of older sites mean that advanced economies could lose two-thirds of their nuclear capacity by 2040, according to the International Energy Agency. If new fossil-fuel infrastructure fills the gap, it will last for decades. If renewables do so, the opportunity cost will be measured in gigatons of carbon.” As a result, the second challenge is to build replacement nuclear plants acceptable to regulators, environmentalists, and the general public.

Microsoft founder Bill Gates (@BillGates) believes he can do just that. In 2006, Gates help found TerraPower, LLC, in partnership with GE Hitachi Nuclear Energy. The company officially launched in 2008. In a February 2021 interview with CBS’ “60 Minutes,” Gates asserted, “Without innovation, we will not solve climate change. We won’t even come close.” You can watch Gates’ interview with Anderson Cooper by clicking on this link. Robbie Hayunga, content manager at the Nuclear Energy Institute, writes, “Among his big ideas to reduce emissions — which include well-known options like shifting to electric vehicles and using renewable energy, as well as less familiar proposals like revolutionizing agriculture and the concrete and steel industries — Gates highlighted nuclear energy as an important part of reducing carbon in the energy sector.”[3] The TerraPower Natrium™ reactor uses liquid sodium (the company refers to it as “molten salt”), rather than water, to absorb heat so it avoids high pressures associated with disasters like the one at Chernobyl.

TerraPower believes its reactor addresses many of the challenges associated with nuclear power. The company insists their effort “is one of the fastest and lowest-cost paths” to build a nuclear power plant.[4] The company also believes its Traveling Wave Reactor (TWR®) design “takes leaps forward in cost and safety, while drastically reducing waste and proliferation concerns.” There are other designs available for smaller nuclear powerplants; however, none of them have the backing a famous billionaire.

Another approach to producing electrical power that has received attention over the years is using fission rather than fusion. Journalist Jeff McMahon (@JeffMcMahon_Chi), writes, “Fusion is energy’s boy who cried wolf. It’s been just around the corner for so long that people can’t believe it’s just around the corner now.”[4] The primary benefit of fusion technology is that it burns up more nuclear waste than it produces. The only downside of a fusion system, according to The Economist, is, “The reactor will absorb neutrons … making the whole thing radioactive (though nothing like as radioactive as a conventional fission reactor) and ultimately damaging its structure.”[5]

The scientists at generalfusion tout the benefits of fusion power. They note its clean (“fusion produces zero greenhouse gas emissions, emitting only helium as exhaust); safe (“fusion energy is inherently safe, with zero possibility of a meltdown scenario and no long lived waste); abundant (“there is enough fusion fuel to power the planet for hundreds of millions of years); and can be produced on demand (“fusion can produce energy on-demand, and is not affected by weather”).[6] Because it is also safe and produces no pollution, a fusion power plant can be located close to where it is required.

Daniel Kammen (@dan_kammen) a professor of energy at the University of California, Berkeley, told McMahon that breakthroughs in fusion technology are possible because cognitive technologies are becoming so sophisticated. “As a physicist,” Kammen stated, “we always joke that fusion has been 50 years away for 50 years. But in the last four or five years, … you’re suddenly seeing that old idea — that fusion is great but infinitely far away — has gone away. There are now people who are projecting small-trial fusion plants that couldn’t have been done before without higher computing. We can’t adjust the magnets; we can’t do all kinds of things until we can do much better code. That is a transformative idea.”

The simple fact is that the world needs electricity. How that electricity is produced will have a significant impact on the planet’s climate. Nuclear power currently has a bad reputation and the negative perception of nuclear power won’t be overcome until it can be proven safe, effective, and affordable. Cognitive technologies, like machine learning, can help produce and protect the nuclear powerplants the world needs desperately. The Digital Age requires, and a suffering planet demands, clean and abundant energy.