Home » Current Affairs » The Future of Food and Your Personal FlavorPrint® 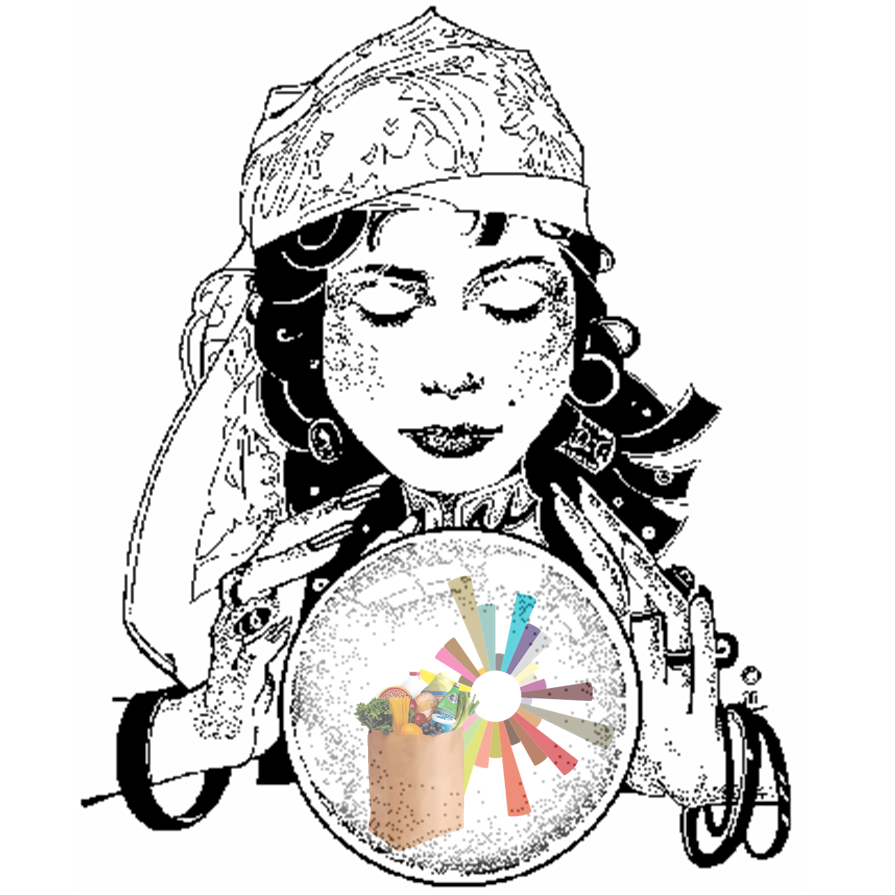 The Future of Food and Your Personal FlavorPrint®

Anyone familiar with my company, Enterra Solutions®, knows it played a major role in the development of the original FlavorPrint®. First developed for McCormick & Co., FlavorPrint was spun off as the principal offering of a new technology company named Vivanda, Inc. To learn more about Vivanda, read my article entitled “Vivanda Aims to Take FlavorPrint® to New Heights.” For those unfamiliar with FlavorPrint, it is an analytics tool that produces a visual representation of a consumer’s flavor preferences. In today’s consumer landscape, personalization is one of the hottest trends and FlavorPrint helps companies like McCormick personalize recipes for consumers. The other great thing about FlavorPrint is that it can evolve as a consumer’s flavor preferences change.

Although some people may resist new foods and flavors, most of us enjoy experiencing something new. History bears witness that flavor preferences change. Many of the foods we now enjoy weren’t on the menu a few decades ago. And many foods that graced colonial dinner tables have faded into history’s past. There is little reason to suspect that our flavor preferences won’t continue to evolve. One thing that won’t change is our love of food. Steve Case (@SteveCase), the businessman best known as the co-founder and former chief executive officer and chairman of America Online and now CEO of Revolution, agrees with that assertion. He writes, “The future of food is not a powder mixed with water to create an engineered superfood. It is not a race to consume calories as quickly as possible so as not to disrupt the disrupting. It is not alleviating the ‘pain point’ of having to ‘waste time’ eating food with friends and family.”[1] Eating should be a pleasure and a joy. As Case puts it, “The future of food is food.”

Although I agree wholeheartedly with that conclusion, it doesn’t provide any insights into how the food landscape might change in the decades ahead. Last fall Time magazine asked a number of futurists, including Steve Case, how they thought food would change in the years ahead.[2] Below are excerpts from the futurists’ responses.

“We know that what (and how much) we eat has a significant impact on our lives — so more innovation is needed to give people better tools to make better choices, and to serve up healthier and more convenient options. … The notion that we are what we eat was first suggested more than two centuries ago. It is time we embraced that idea, and took steps to ensure a brighter future for food.”

“There’s a good chance for some industrial districts of cities turning into semi-agricultural districts with year-round vegetables and fruits grown in dense indoor farms using LED lights and surprisingly little water. They would fill the old industrial buildings floor to ceiling. The short distance to market and savings of energy and water would make them economically viable. Really fresh vegetables — pick ’em yourself.”

“The protein-centric dinner plate, which America created and now exports to the rest of the world, is a culinary anomaly. By 2050, it will be obsolete. Instead, grains, legumes, and vegetables will take center stage, alongside under-coveted cuts of meat, such as neck or shank. In other words, Americans will feed themselves the way most cultures always have.”

“Twenty years from now companies like Beyond Meat will be making foods that taste just like meat but eliminate the need for cattle and other animals be eaten. This will result in us being able to utilize 35 times less lamb, 15 times less water and could be as much as 20 times less costly.”

Bee Wilson — Author of Consider the Fork: A History of How We Cook and Eat

“My wager is that the cooking of the future will look much more like the cooking of the past than anyone usually predicts. I can’t see wooden spoons becoming obsolete any time soon. I do think, however, that there will be innovations in the way we shop for food and the kinds of pans and stoves we use. Steam ovens will be the microwaves of the future and I also predict a pressure cooker revival, because this tool represents such savings not just of fuel but of time, without compromising on flavor. And in 20 years, I’m convinced that most Americans will be buying groceries through online delivery services and will feel amazed that they ever struggled to carry so many heavy bags from the car to the front door every week.”

Ray Kurzweil — Inventor, author and futurist, and a Director of Engineering at Google

“The next major food revolution will be vertical agriculture, in which we grow food in AI controlled vertical buildings rather than horizontal land: hydroponic plants for fruits and vegetables and in vitro cloned meat. Benefits will be profound.”

“Food innovation in the next decade will be centered around understanding flavor — its composition, how we perceive it, ways to measure it, and even a new language to discuss it. I think chefs will be able to quantify just how much and what kind of tomato flavor is in their Bolognese, and consumers will be able to make choices according to their preferences. Someone perusing a label in a supermarket in 20 years will be looking at a totally different set of measurements than we do now.”

When it comes to how flavor preferences will change, Chef Lee is closest to the mark. If, in fact, the future of food is centered on understanding flavor, then FlavorPrint will play an important role for the food industry as well as for consumers. Time isn’t the only organization interested in learning more about the future of food. Eater also sought out some experts for their opinions.[3] Mai Nguyen, a Member of Science and Food at UCLA and Science and Cooking at Harvard, told Eater, “In the next couple of decades, let’s hope scientists and chefs strengthen their collaborations and innovate a range of tastes, textures, and sensations we can all indulge in, while reinforcing the idea that food should be simple and delicious.” And Dr. Elizabeth A. Bihn, Director of Food Science Department at Cornell University, stated, “In my opinion, fruits and vegetables are the future. Everyone would be better off if they ate a variety of fruits and vegetables every day. Research has shown consuming fruits and vegetable has positive impacts in both short-term and long-term health, including maintaining a proper body weight as well as reduction in heart disease and cancer risks.”

If you read all of the opinions offered by the experts, one thing stands out — they are much more confident discussing the methods by which food might be produced than they are about the flavor profiles that might come into vogue. McCormick takes a crack at predicting future flavor preferences in its annual Flavor Forecast (see my article entitled “2015 Predictions: Food and Flavors“); but, even McCormick doesn’t look too far into the future. Although FlavorPrint doesn’t predict flavor preferences, it can help the food industry and consumers keep up to date with the latest flavor preferences. A visit to Vivanda’s website can inform you more about potential uses for FlavorPrint. It states:

“The Vivanda business model is totally focused on inspiring flavorful food experiences and empowering the ‘Global Network of Food’ (the places you eat, plan, shop, search, share and cook) to deliver amazing experiences and solutions every time and everywhere. At the core of our business is an API enabled, predictive, food personalization platform called FlavorPrint. It is a portable, personal profile and contextualized recommendation service that is always learning to assist consumers daily at every decision point associated with the eating experience — from inspiration to action.

A recent article published by the World Economic Forum ran under a headline declaring the global food supply chain dead.[1] I believe the headline is