Home » Agriculture » The Food Supply Chain and the War in Ukraine 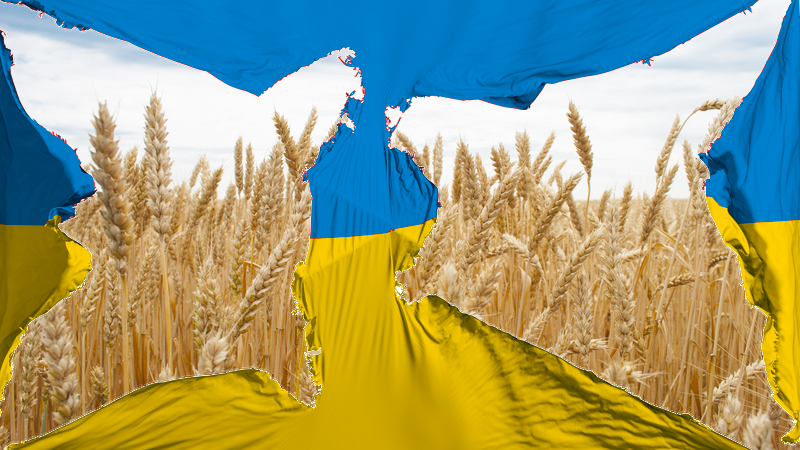 If you don’t think Russia’s unprovoked war in Ukraine will impact your life, you’re seriously mistaken. It already has. Journalist Holly Ellyatt (@HollyEllyatt) explains, “As the war approaches its third month, the economic fallout from the conflict is becoming clearer and the outlook does not look good. Against an already turbulent backdrop of global inflationary pressures amid rising food and energy prices and disrupted supply chains following the coronavirus pandemic, the war between Russia and Ukraine is exacerbating supply and demand tensions, damaging consumer sentiment, and is threatening global economic growth.”[1] Even before the war erupted, the global food supply chain Jason Clay (@JasonWClay), Executive Director of the Markets Institute at the World Wildlife Fund, noted that the world needed to pay more attention to the food supply chain.

Clay explains, “For manufactured goods, China largely dominates global trade. That is not the case for food. Food production happens virtually everywhere, but few countries are self-sufficient. Trade is important to them all. But — and this is a significant but — food production and trade are both far more decentralized. … There are countries that dominate in the production and trade of cereal grains and oilseed — eight countries represent 65% and 85% of these products, respectively. But other countries dominate fresh, frozen, or processed fruits and vegetables as well as animal proteins and seafood.”[2] Two of those breadbasket countries are Russia and Ukraine. The editorial team at Nature reports, “Ukraine and Russia produce a combined total of 14% of the world’s wheat and 30% of the world’s wheat exports, as well as 60% of the world’s sunflower oil. These supplies are under threat, with Russia suspending food and fertilizer exports, and Ukraine’s farmers under extreme stress, fighting an invading army while tending to this year’s crop.”[3] Clay adds, “It’s because food production is so global, and even specialized, that trade in food has become increasingly important.”

Journalist Ayen Bior (@ayen_grace) bluntly states, “When the war started, so did worries of food shortages and price hikes.”[4] She notes that the effects of the war are not spread equally around the globe. In places like Lebanon, where 80% of its wheat comes from Ukraine, the impact of the war will be brutal. As a result of the war, Bior reports, “Egypt’s prime minister fixed bread prices, Bangladesh launched a nationwide food subsidy program, and consumers in Indonesia noticed a favorite instant noodle dish went out of stock. In Lebanon, people turned to desperate measures, [like selling personal belongings to buy food. These desperate measures are necessary because food] prices in Lebanon have risen by 1000%.” The following graphic, from Our World in Data, depicts the countries most reliant on Russian and Ukrainian wheat imports.

The editorial team at Nature notes that war has caused panic in some countries, motivating them to protect domestic crops. They report, “A total of 16 countries had banned or restricted food exports. This marked reduction in supply is fueling inflation. Taken together, the impacts could be catastrophic for some of the world’s poorest and most vulnerable people. At least 26 countries, including Somalia, Senegal and Egypt, rely on one or both of Russia and Ukraine for between 50% and 100% of their wheat. If the war continues, many countries already saddled with pandemic debt could be forced to borrow more to subsidize staple foods, creating more hardship.”

As a direct result of the war, Bior reports, “Global food prices shot up 12% between February and March, according to the U.N.’s Food and Agricultural Organization (FAO), to the highest point since the FAO started tracking this index in 1990.”

Is the Worst Yet to Come?

While most articles about the impacts of the Ukraine war on the global food supply chain focus on near-term consequences, the long-term consequences could be even more severe. As the editorial team at Nature noted above, Russia has suspended fertilizer exports. That’s a big problem. Yara’s boss, Svein Tore Holsether (@stholsether), CEO of Yara, the world’s leading crop nutrition company, told the BBC that, even before the war, fertilizer prices were high due to soaring wholesale gas prices. The Russian embargo exacerbates this situation because Russia produces “enormous amounts of nutrients, like potash and phosphate — key ingredients in fertilizers, which enable plants and crops to grow.” Holsether told the BBC, “Half the world’s population gets food as a result of fertilizers … and if that’s removed from the field for some crops, [the yield] will drop by 50%.”[5]

Bior points out that it’s also planting season in Ukraine, and that means long-term problems for the global food supply. She reports, “Many of the country’s farmers aren’t tending to their fields. Last month, the U.N. warned Ukraine may not be able to harvest crops, plant new ones or sustain livestock production, after an assessment of 19 of the country’s 24 regions.” Journalist Jack Nicas (@jacknicas) reports, “The United Nations estimated that up to 30 percent of Ukrainian farmland could become a war zone. And with millions of Ukrainians fleeing the country or joining the front lines, far fewer can work the fields.”[6] With Russia destroying much Ukraine’s infrastructure, even if crops can be planted and harvested, getting them to market is going to be problematic. Nicas insists, “The looming disaster is laying bare the consequences of a major war in the modern era of globalization. Prices for food, fertilizer, oil, gas and even metals like aluminum, nickel and palladium are all rising fast — and experts expect worse as the effects cascade.”

Even before Ukraine war, the global food supply chain was experiencing challenges due to climate change and the pandemic. Today, experts worry the specter of a food catastrophe may be casting a pall over the world’s most vulnerable populations. Nicas explains, “For those living on the brink of food insecurity, the latest surge in prices could push many over the edge. After remaining mostly flat for five years, hunger rose by about 18 percent during the pandemic to between 720 million and 811 million people. Earlier this month, the United Nations said that the war’s impact on the global food market alone could cause an additional 7.6 million to 13.1 million people to go hungry.” This is not a situation to which the world can turn a blind eye.

Caitlin Welsh (@welshce), Director of Global Food Security Program at the Center for Strategic & International Studies, writes, “To quell the impacts of the war-induced global agriculture and food security disruptions, International Food Policy Research Institute (IFPRI) experts recommend that countries continue to exempt food and fertilizer from sanctions, refrain from imposing export bans, avoid hoarding and panic buying, and suspend biofuel mandates in order to retain supplies on global markets and quell prices spikes. To blunt the impact of price hikes on the poor, IFPRI recommends that countries direct food subsidies to the most vulnerable and provide humanitarian assistance through the World Food Program (WFP). In the long term, IFPRI recommends that countries avoid imposing market-distorting subsidies, cautiously consider decisions regarding land conservation programs, and avoid the allure of calls for food self-sufficiency.”[7] Here’s the rub. Hannah Ritchie (@_HannahRitchie) Head of Research at Our World in Data, reports, “Ukraine has been one of the world’s largest contributors to the World Food Program — the UN agency that provides food aid to countries in crisis. … The war has now reversed this flow: the WFP is now working to provide Ukrainians with the supplies they need in this crisis.”[8] The sooner we can get Ukrainian farmers back in their fields the better off the world is going to be.