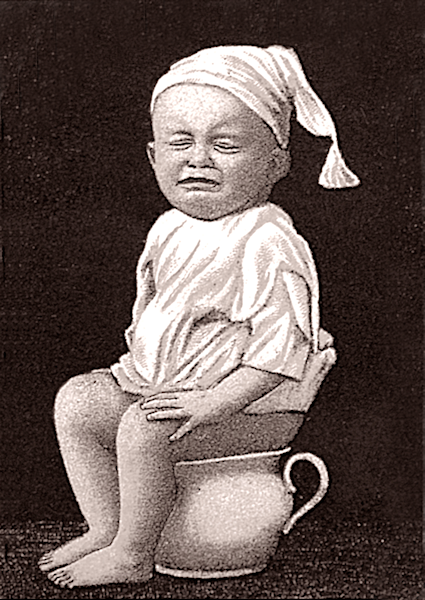 The Consequences of Supply Chain Constipation

As most adults know, constipation involves the difficult passage of necessary items through the tail end of the body’s supply chain. If you’ve been following the news, you know the world has had a bit of constipation problem in the Suez Canal. Nearly a week ago, a cargo ship — which if it stood on its end would be taller than either the Empire State Building or Eiffel Tower — ran aground in the canal completely blocking the waterway. This blockage has created havoc in the global supply chain. Five days after the grounding of the Ever Given, journalists Vivian Yee (@VivianHYee) and Megan Specia (@meganspecia) reported, “Shipping analysts estimated, the traffic jam has held up nearly $10 billion in trade each day.”[1] The consequences of a blocked Suez Canal are just beginning to be felt around the globe — by shippers, by manufacturers, by retailers, and by consumers. Journalists Costas Paris (@CostasParis), Parmy Olson (@parmy), and Sarah McFarlane (@sarah_mcfarlane) report, “The blockage of the Suez Canal by a grounded container ship will likely add delays and extra costs to an already pressured logistics industry, say executives, punctuating the tightness of the world’s supply lines.”[2] As is the case with human constipation, increased pressure means increased pain.

Consequences of the Suez Canal Blockage

When it became clear, the Ever Given was not going to be freed any time soon, shipping companies immediately began considering their options. Journalists Peter S. Goodman (@petersgoodman) and Stanley Reed report, “As the world absorbed the reality that the Suez Canal [would] remain blocked for at least several … days, hundreds of ships stuck at both ends of the channel … began contemplating a far more expensive alternative: forsaking the channel and heading the long way around Africa. A journey from the Suez Canal in Egypt to Rotterdam, in the Netherlands — Europe’s largest port — typically takes about 11 days. Venturing south around Africa’s Cape of Good Hope adds at least 26 more days.”[3] Not only does this end run increase time, delaying shipments, it adds hundreds of thousands of dollars in additional fuel costs and increases the pollution created by burning additional fuel.

The decision to make an end run around Africa also raised another specter of concern: piracy. Goodman and Reed observe, “The route around Africa involves crossing through an area off Somalia that is rife with piracy. Some ships are carrying security teams that enable them to pass through the piracy zone. Those that lack guards must detour around it, adding three more days to their journeys.” Journalists Sudarsan Raghavan (@raghavanWaPo) and Antonia Noori Farzan (@antoniafarzan) report, “The U.S. Navy said it has been contacted by shipping firms from multiple countries concerned about the heightened risks of piracy to ships being rerouted, a spokesperson for the U.S. Navy’s Fifth Fleet, based in Bahrain, told the Financial Times.”[4] Genevieve Giuliano, a professor at the University of Southern California’s Sol Price School of Public Policy, told Raghavan and Farzan, “There is a risk there, and it’s probably another reason why the ocean carriers will think twice before they actually go around the Horn.”

Even if rerouted ships manage to avoid the pirates, Goodman and Reed note, “Crews may be unfamiliar with the waters around Africa’s southern tip, where the convergence of warm and cool currents produces turbulent and unpredictable conditions. Early Portuguese navigators called this region ‘the cape of storms’.” The list of goods being held up or diverted as a result of the grounding include: oil, natural gas, automobiles, heavy machinery, exercise equipment, beer, computers, furniture, appliances, home improvement supplies, and livestock. Alan Murphy, the founder of Sea-Intelligence, told Yee and Specia, “90 percent of what’s in the room came from China. All global retail trade moves in containers, or 90 percent of it. So everything is impacted. Name any brand name, and they will be stuck on one of those vessels.” Raghavan and Farzan note, “While most consumer goods passing through the Suez Canal are headed from China to Europe, the cascading chain of dominoes will eventually reach America.” Guy Platten, secretary general for the U.K.-based International Chamber of Shipping, told them, “It just shows you how vulnerable our supply-chain lines are. … We’re all connected globally.”

The stock market was certain paying attention to situation in Egypt. Last week oil prices rose and shipping stocks dropped. There are still slight fears the ship could break in two. Yee and Specia report, “With the ship sagging in the middle, its bow and stern both caught in positions for which it was not designed, the hull is vulnerable to stress and cracks.” They report, however, that teams of divers have yet to discover any damage. They add, “But in most other respects, the Ever Given has succumbed to Murphy’s Law: Everything that could go wrong did, starting with the ship’s size, among the world’s largest.” That included the fact that the ship went aground in one of the narrowest spots in the canal.

According to Paris and his colleagues, “Some 19,000 vessels crossed the Suez in 2020.” That’s why any blockages or delays in that vital waterway are such major issues. It is also why an international effort has been made to free the Ever Given. Unfortunately, there is no such thing as a supply chain proctologist. Edward Segal (@EdwardSegal), former CEO of two trade associations, reminds us, “To the untrained eye, supply chains can appear to be strong, dependable, and built on a solid foundation. But as the Suez Canal crisis shows, looks are deceiving.”[5] He goes on to note, “In any crisis, it is important to have as many alternative courses of action as possible for dealing with the emergency.” He then adds the caveat, “Having options is one thing. But knowing how to choose the right and best alternative is another matter.” Having cognitive technologies as part of your supply chain risk management process can help you select the best alternative out of the options available.

As a side note to Suez Canal crisis, Platten told Raghavan and Farzan that the forgotten heroes of pandemic are the mariners who keep the global supply chain moving. He told them, “The ongoing crisis highlights how much of the world economy relies on seafarers, some of whom have gone a full year without taking a break or seeing their families because of the pandemic.” It also underscores the importance of the world’s navies who tasked to keep the sea lanes open and safe.