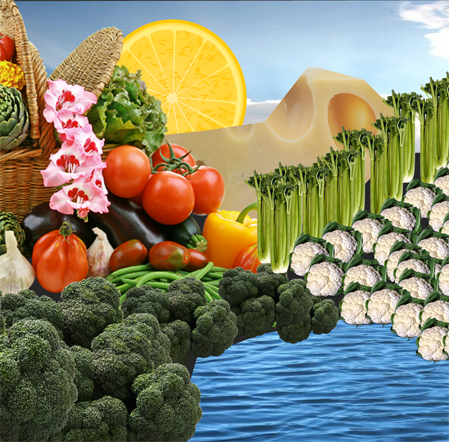 “We are obsessed with food,” states a report from Acosta. “We research how ingredients are grown; we share photos of our food on social media; we fixate on our diets; we watch cooking shows for entertainment; we book the latest restaurants and indulge in the latest food fads. However, our relationship with food and eating is shifting. Cultural changes and technological advances have reshaped modern lifestyles. Eating has evolved right along with modern society.”[1] Over the years there have been a number of variables that have affected the foods we eat and the flavors we enjoy. One of the variables that has profoundly affected the way we eat is time. Historically, eating was done at a more leisurely pace than we often see today. As the Acosta report notes, “There’s less time in our lives to spend on mealtime.” As any fan of the television series Downtown Abbey knows, meals in some circles used to be a daily event. Diners were expected to dress for the occasion and spend the evening around the table. Even in more typical homes, at mealtime family members were expected to sit around the dinner table and share the experience.

Another factor that has affected how we eat is the rise of the single-member household. The Acosta report notes that back in the 1950s only 9.5% percent of American households consisted of singles living alone whereas in the 2000s that number has nearly tripled to 27.5%. In fact, a lot has changed over the past 60 years. The most popular family television show in the 1950s was Leave it to Beaver and today it is Modern Family. There are some aspects of dining the report claims have remained constant: “All generations prefer to eat at home, no matter the meal type, and dinner is the meal most used as a social experience during the week.”

The report does note that there are some significant generational differences. Before describing those differences, let me remind you how today’s generations are often segmented. Members of the oldest generation, often known as the Greatest or Silent Generation, were born between 1927 and 1945. Members of the Baby Boomer generation were born between 1946 and 1964. Members of Generation X were born 1965 to 1977. Millennials, or members of Generation Y, were born 1978 and 1994. And the latest generation, members of Generation Z, were born in 1995 and beyond. According to the report, “Millennials reported enjoying cooking the most and Silents were more likely to find cooking ‘a responsibility, not a pleasure.'” Younger generations are also reported to eat more often than previous generations. “The Millennial and Gen X groups eat at least five meals a day while Boomers and Silents eat less frequently.” Before looking at how some people predict things in the food landscape could change further, let’s remind ourselves that past attempts to predict the food landscape have not always been on target. Rachel Kaufman (@rkaufman) writes, “Science fiction isn’t the only source of comically weird predictions about what we’ll be eating in the future. Great (and not-so-great) minds in journalism and science have also spent a century forecasting the demise of meat and vegetables and the rise of foods in a pill — which always seem to be 50 to 100 years away. And then there were all those technological advances that were supposed to free women from the drudgery of cooking (never mind that men could pick up a spatula, too).”[2]

Kaufman notes that back in 1894 an article in McClure’s Magazine included an interview with a Professor Berthelot, who predicted meats, vegetables, wines, and liquors would all be available in tablets. “Scholars and sci-fi writers have been predicting meals-in-a-pill ever since,” Kaufman writes, ” but we’re no closer to this vision, thank goodness.” She might be right about meals-in-a-pill, but powdered alcohol has been making a lot of news lately. Moving forward a few years, Kaufman recalls an article written by John Elfreth Watkins, Jr., that was published in 1900 in The Ladies Home Journal in which he predicted what the world would look like 200 years into the future (i.e., 2100) For those unfamiliar with Watkins, he was a journalist who wrote for a local Philadelphia newspaper and has been referred to as “The Seer of the Century” and “America’s Nostradamus.” In his article, Watkins correctly predicted the future availability of “ready-cooked meals from establishments”; but, his predictions about food being whisked to and from the table in pneumatic tubes and super-sized fruits and vegetables missed the mark.

Half a century later (1949), Kaufman writes, “Science-fiction writer Robert Heinlein pens a piece (published three years later in Galaxy magazine) saying that ‘fish and yeast will become our principal sources of proteins’ as beef and lamb become scarce.” A year later Waldemar Kaempffert, the New York Times‘ science editor, published a story in Popular Mechanics in which he predicted by the year 2000 “food will be made from sawdust and wood pulp, and used underwear will be recycled into candy through the magic of chemistry.” I was surprised Kaufman didn’t thank the chemical industry for not pursuing Kaempffert’s vision! Kaufman notes that Watkins prediction of super-sized vegetables emerged again in a 1956 article in Southland magazine. It wasn’t science that was going to produce these vegetables rather it was radioactive fallout. A decade later, Kaufman reports, the Long Beach Independent Press-Telegram, published an article predicting that future pantries would “be stocked solely with freeze-dried everything and that housewives will simply rehydrate meat, scrambled eggs and brownies.” Freeze-dried foods are still popular with doomsday preppers; but, they haven’t taken over the pantry. About the same time that freeze-dried food was being pushed, the U.S. News & World Report published an article that predicted “by 1990 we’ll all be eating ‘seaweed, ocean algae [and] synthetic protein.'” Seaweed wrapped sushi has grown in popularity, but the rest of prediction missed the mark.

In 1978, Kaufman reports, “Barbara Ford, a former science editor, imagines that in the not-so-distant future, we’ll eat insects for their high protein value and low cost.” This prediction has been given legs in recent years as bug-based flours have gained a foothold. To learn more about the potential future of eating bugs, read my article entitled “The Future of Food: Will Bugs be Labeled Organic?” Since bugs could be on the table in the future, that topic is a good place to segue into other predictions about how foods could change in the years ahead. One topic often associated with food security is climate change. Recently, however, Mary Beth Griggs (@MaryBethGriggs) reported, “There might be some very tangible, selfish reasons for foodies to care about climate change. It turns out that warming temperatures could not only impact our food supply, but they might also change how our food tastes.”[3] As I have noted in several previous articles, scientists are going to play a significant role in helping ensure food security (see, for example, “Food Security and Science“); but, Mary Clare Jalonick (@MCJalonick) reports that scientists could also play a role in how our food looks and tastes. “Cancer-fighting pink pineapples, heart-healthy purple tomatoes and less fatty vegetable oils may someday be on grocery shelves alongside more traditional products,” she writes. “These genetically engineered foods could receive government approval in the coming years, following the OK given recently given to apples that don’t brown and potatoes that don’t bruise.”[4]

No one can predict with any certainty what foods will grace our tables (or even if we will still be eating at tables) in the years ahead. Meals-in-a-pill probably won’t be debuting in the near-term (if ever), but pills that help keep the pounds off might find a place alongside your knife and fork. One thing I can predict with certainty is that we will all still need to get nourishment in the years ahead. That means there will be a market for food; and, where there’s a market, there will be people trying to create new products that attract consumer dollars.