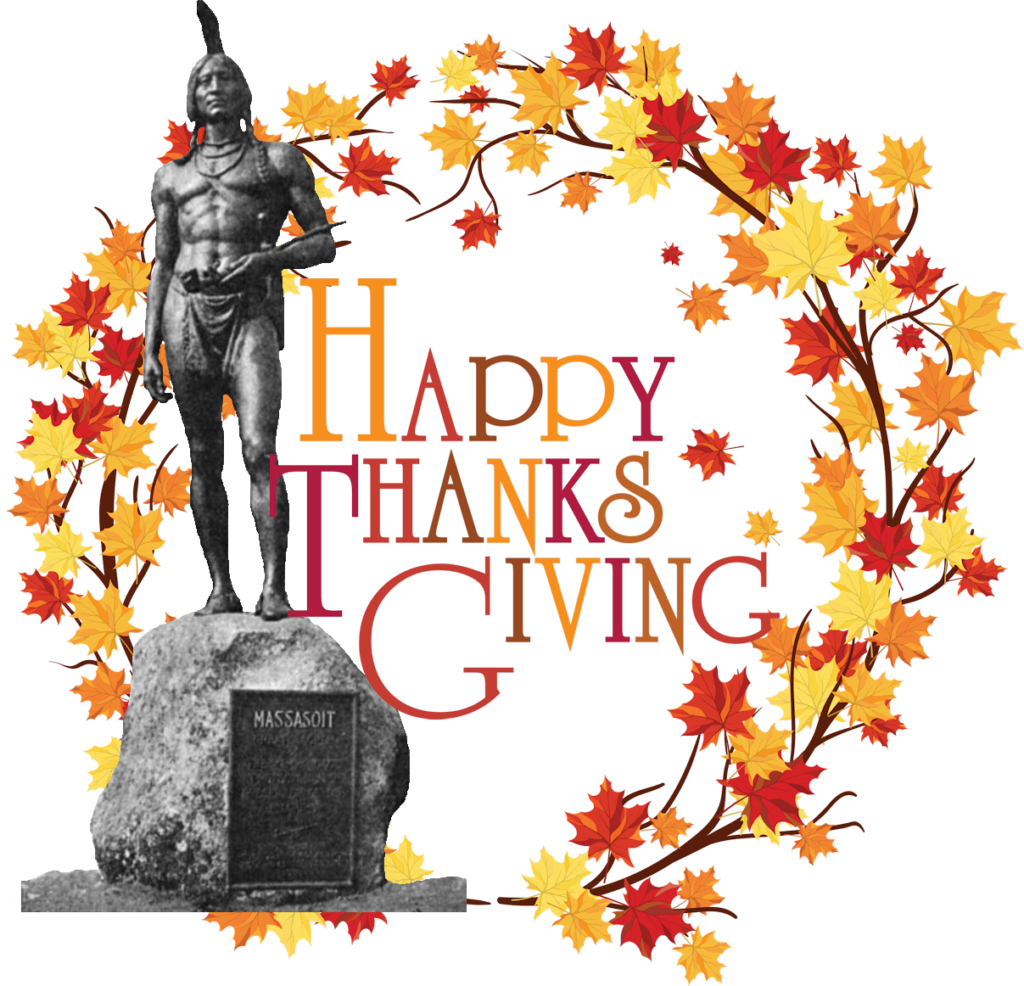 The late historian David McCullough, once said, “History is who we are and why we are the way we are.” From a behavioral perspective, he was correct — society’s cumulative actions landed us in our present condition. Another, earlier, historian, John Jay Chapman, stated, “The enduring value of the past is, one might say, the very basis of civilization.” Nevertheless, understanding society’s cumulative actions (i.e., learning about the basis of civilization), is not as simple as we would like to believe. Why? Historian Henry Glassie explains, ““History is not the past but a map of the past, drawn from a particular point of view, to be useful to the modern traveler.” The fact that history is “drawn from a particular point of view” means that it is often more subjective than objective. As a result, both liberals and conservatives have tried to weaponize history — and the world is worse for it. The history of Thanksgiving is no exception. 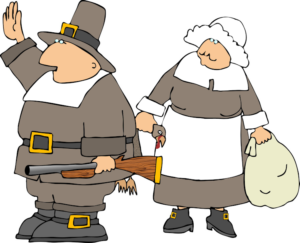 Most of us grew up learning about the first Thanksgiving from the pilgrims’ perspective. Native Americans certainly play a role in that narrative; however, most depictions of that first celebration feature immigrant Europeans dressed in monochrome clothing, wearing buckled shoes, and either bonnets and capotains on their heads. The simple fact is, the particular point of view of that first celebration comes from the pen of one man, Edward Winslow. In a letter dated December 1621, he wrote:

“Our harvest being gotten in, our governor sent four men on fowling, that so we might after a special manner rejoice together, after we had gathered the fruits of our labors; they four in one day killed as much fowl, as with a little help beside, served the Company almost a week, at which time amongst other Recreations, we exercised our Arms, many of the Indians coming amongst us, and amongst the rest their greatest king Massasoit, with some ninety men, whom for three days we entertained and feasted, and they went out and killed five Deer, which they brought to the Plantation and bestowed on our Governor, and upon the Captain and others. And although it be not always so plentiful, as it was at this time with us, yet by the goodness of God, we are so far from want, that we often wish you partakers of our plenty.”

Last year, before the 400th anniversary of that first Thanksgiving celebration, Native American journalist Dana Hedgpeth (@postmetrogirl) wrote, “Long marginalized and misrepresented in the American story, the Wampanoags are braced for what’s coming this month as the country marks the 400th anniversary of the first Thanksgiving between the Pilgrims and Indians. But the actual history of what happened in 1621 bears little resemblance to what most Americans are taught in grade school, historians say. There was likely no turkey served. There were no feathered headdresses worn. And, initially, there was no effort by the Pilgrims to invite the Wampanoags to the feast they’d made possible.”[1] She adds, “For the Wampanoags and many other American Indians, the fourth Thursday in November is considered a day of mourning, not a day of celebration. Because while the Wampanoags did help the Pilgrims survive, their support was followed by years of a slow, unfolding genocide of their people and the taking of their land.”

Most people are aware of the ill-treatment Native Americans have received since Europeans first established themselves on the East Coast. We can’t change how events unfolded; however, we can incorporate the particular point of view of Native Americans as we celebrate this year’s Thanksgiving holiday. Renée Gokey (@ReneeGokey), a citizen of the Eastern Shawnee Tribe of Oklahoma and the teacher services coordinator at the Smithsonian’s National Museum of the American Indian, has a few suggestions about how that can be accomplished.[2] One suggestion is to avoid “a nameless and generic ‘Indians’ approach.” As Hedgpeth reminds us, it was the Wampanoags (specifically, the Patuxet tribe, which belonged to the Wampanoag Confederation) who helped the pilgrims through their first sketchy years in America. Gokey also suggests talking “about the actual 1621 event that’s been come to be known as Thanksgiving, rather than the mythical one.” To that end, she suggests reading an “impassioned short essay by a museum intern, published by Smithsonian Voices.”

In that essay, Lindsay McVay writes, “The Thanksgiving story you know and the one I know are most likely the same. It’s the story deeply rooted in America’s curriculum — the one that inspires arguably the most important and tradition-filled holiday in American culture. … Told from a perspective that frames the Pilgrims as the main characters, the story leaves out major details, glorifying the Pilgrims’ endeavor and the holiday it birthed, forcing the Wampanoag Indians into forgotten roles. It also erases a monumentally sad history.” That sad story begins several years before the Pilgrim’s landed in what is now Massachusetts. By the time the Pilgrims landed near Plymouth Rock, Europeans had already introduced deadly diseases to Native American tribes that decimated many of them including the Wampanoag.

According to McVay, “Exposed to new diseases, the Wampanoag lost entire villages. Only a fraction of their nation survived. By the time the Pilgrim ships landed in 1620, the remaining Wampanoag were struggling to fend off the Narragansett, a nearby Native people who were less affected by the plague and now drastically outnumbered them.” She continues:

“For a moment of history, the interests of the Pilgrims and the Wampanoag aligned. When the Pilgrims landed in New England, after failing to make their way to the milder mouth of the Hudson, they had little food and no knowledge of the new land. The Wampanoag suggested a mutually beneficial relationship, in which the Pilgrims would exchange European weaponry for Wampanoag for food. With the help of an English-speaking Patuxet Indian named Tisquantum[3] (not Squanto; he spoke English because he was kidnapped and sold in the European slave trade before making his way back to America), the Pilgrims produced a bountiful supply of food that summer. For their part, the Wampanoag were able to defend themselves against the Narragansett. The feast of indigenous foods that took place in October 1621, after the harvest, was one of thanks, but it more notably symbolized the rare, peaceful coexistence of the two groups.”

Both Gokey and McVay note that Native Americas have a long tradition of giving thanks for the bounties they receive. “Above all,” Gokey writes, “remember to give thanks for each and every day, a gift that is not guaranteed to any of us.” Hedgpeth notes that the Wampanoag people don’t celebrate Thanksgiving because it is a painful reminder of followed that first celebration. Nevertheless, she notes, “Plenty of Wampanoags will gather with their families for a meal to give thanks — not for the survival of the Pilgrims but for the survival of their tribe.”

As I noted above, we can’t change how events unfolded. We can learn, however, if we are willing to look at events from more than one particular point of view. We all have blessings to be thankful for, including all the people who make it possible for us to enjoy a Thanksgiving meal. Ashleigh Walters (@ash_GritnGrace), President of Onex, writes, “As you prepare for Thanksgiving, take the time to think about all the people who made this day possible. Be grateful for the farmers and the truck drivers delivering your turkey and vegetables to the grocery store. Don’t forget the manufacturers who produced the stove you cook on or the serving ware. After the day is done, say thanks for everyone who took a part in creating a memory your family will hold dear for years to come.”[4] 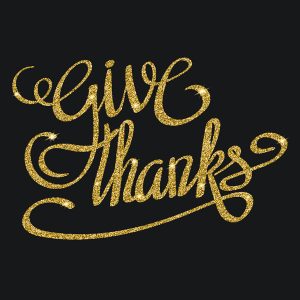 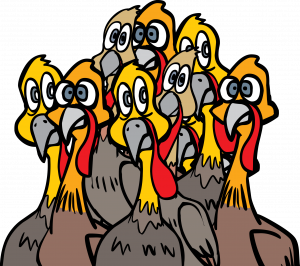 As we approach the Thanksgiving holiday in the United States, one of the things we are thankful for is the food that graces our tables.