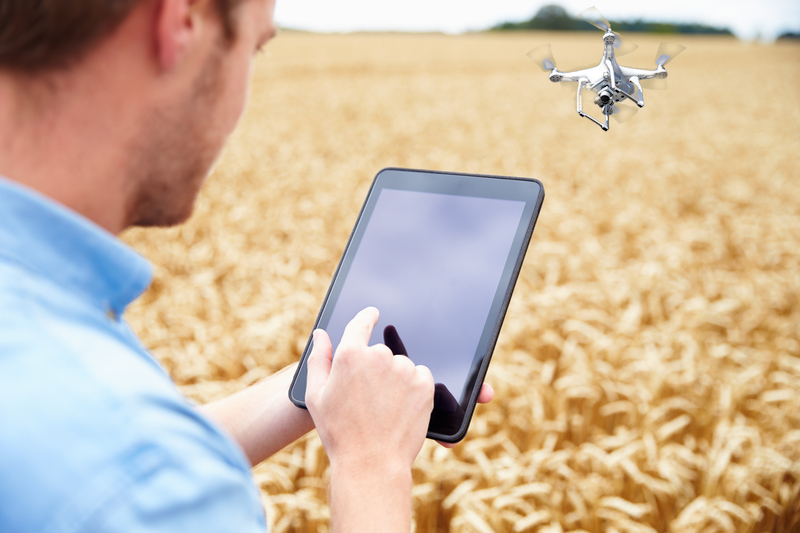 The United Nations has predicted the agricultural industry will need to achieve a 70 per cent rise in overall food production in order to feed the estimated 9.1 billion people expected to be living on the planet a quarter century from now. That’s not much time to make such a dramatic jump in productivity. Many experts are hoping that digital agriculture (aka Farming 4.0) will be the answer to the challenge (see Part 1 of this article). To date, however, Boston Consulting Group analysts assert, “Digital agriculture has not yet lived up to its potential.”[1] Their research has “identified three insights that many governments and private- and social-sector players overlook or fail to fully appreciate” when trying to implement Farming 4.0 technologies and procedures. They are:

It’s a journey. “Different countries or regions have reached different levels of digital agriculture maturity, and they face different obstacles depending on their maturity level. Without a clear understanding of their maturity level — and a roadmap for tackling the most pressing obstacles — they may adopt a mindset of ‘digital for the sake of digital’ that yields little progress.”

Innovation isn’t enough. “From a planning perspective, it is not sufficient to let a thousand flowers bloom and hope that the right solutions gain traction. Until adequate growth-stage capital and a strong focus on developing robust, scalable business models are in place, meaningful impact will remain out of reach.”

Markets matter. “Besides limiting farmers’ livelihoods, inefficient agriculture markets in many countries dampen the utility and impact of digital agriculture solutions. Yet digital agriculture efforts in recent decades have disproportionately focused on improving farmer productivity rather than on supporting market development.”

Obviously, market development and productivity go hand-in-hand; however, in this conclusion of the article, I want to focus primarily on productivity. Lenore Newman (@DrLenoreNewman), the Canada Research Chair for Food Security and the Environment at the University of The Fraser Valley, and Evan Fraser (@Feeding9Billion), Director of the Arrell Food Institute and Professor in the Department of Geography, Environment and Geomatics at the University of Guelph,  assert three technologies — farm in box; cellular agriculture; and, precision agriculture — will have significant roles to play.[2] Let’s look at each of those concepts in a little more detail.

Fraser and Newman predict, when all the pieces of Farming 4.0 finally fall into place, “Self-driving tractors will use data to plant the right seed in the right place, and give each plant exactly the right amount of fertilizer, cutting down on energy, pollution and waste.” Fraser and Newman call what they just described “precision farming.” The Economist calls it “prescriptive planting.” The magazine notes, “[Prescriptive planting] is a system that tells [farmers] with great precision which seeds to plant and how to cultivate them in each patch of land. It could be the biggest change to agriculture in rich countries since genetically modified crops. And it is proving nearly as controversial, since it raises profound questions about who owns the information on which the service is based. It also plunges stick-in-the-mud farmers into an unfamiliar world of ‘big data’ and privacy battles.”[3] For most of the world’s 500 million smallholder farmers, precision farming is a distant dream.

Neth Daño, Asia director of the Action Group on Erosion, Technology and Concentration, insists, “Precision farming is actually designed for large industrial operations. It is in no way designed for small farmers or those who do agroecology. When they say that, it’s propaganda.”[4] BCG analysts believe it doesn’t have to stay that way. They explain:

“Smallholder farmers face multiple problems that severely limit their agricultural productivity and income potential, including limited information about proper agronomic practices, poor access to credit and inputs, rudimentary logistics and transportation services, and inadequate planning and risk management. In the decades ahead, smallholder farmers also face harmful repercussions of continued global temperature increases, including smaller yields and greater prevalence of crop and livestock diseases and pests. Digital agriculture can help smallholder farmers surmount these challenges, increasing their productivity and integration into food value chains and supporting their adoption of climate-smart practices. For example, the emergence of integrated data sets combining satellite imagery and weather and soil data is a significant advance; service providers and development partners could leverage these data sets to provide famers with more affordable credit and insurance, better early warning of crop failures, and improved farm management.”

Farm in a Box

According to Fraser and Newman, farm-in-a-box refers to indoor agriculture. They explain, “Innovators have been growing crops indoors since Roman times. What is new is the efficiency of LED lighting and advanced robotics that allow vertical farms today to produce 20 times more food on the same footprint as is possible in the field.” They add, “Currently, most vertical farms only produce greens, such as lettuce, herbs and microgreens, as they are quick and profitable, but within five years many more crops will be possible as the cost of lighting continues to fall and technology develops.” The most important benefits of farm-in-a-box concepts are their smart use of resources and their imperviousness to climate change.

Fraser and Newman explain, “The controlled environments of vertical farms slash pesticide and herbicide use, can be carbon neutral and they recycle water. For both cold and hot climates where field production of tender crops is difficult or impossible, vertical agriculture promises an end to expensive and environmentally intensive imports, such as berries, small fruits and avocados from regions such as California.” The staff at ConexBoxes.com insists another advantage is that farm-in-a-box concepts can also be used by smallholder farmers using old Conex shipping containers. They note farm-in-a-box, vertical farming, and container farming fall under the wider “Controlled Environment Agriculture” (CEA) movement. They write, “As the name suggests, this type of agriculture aims to grow food utterly independent of the whims and fancies of Mother Nature by creating an environment where the farmer controls all the conditions.”[5] To learn more about Controlled Environment Agriculture, click on this link.

Science and technology are not only improving farm operations they are improving farm products. Newman and Fraser explain, “Cellular agriculture, or the science of producing animal products without animals, heralds [big] change. In 2020 alone, hundreds of millions of dollars flowed into the sector.” According to a new Penn State study, “Depending on how it occurs, the development of cellular agriculture — food grown in factories from cells or yeast — has the potential to either accelerate socioeconomic inequality or provide beneficial alternatives to the status quo.”[6] One of the researchers, Robert Chiles (@rmchiles), assistant professor of rural sociology, College of Agricultural Sciences, observes, “New technologies such as artificial intelligence, smart agriculture, bioengineering, synthetic biology and 3D printers are also being used to decentralize and personalize food manufacturing. They have the potential to democratize ownership and mobilize alternative economic organizations devoted to open-source licensing, member-owned cooperatives, social financing and platform business models.”

Other products being developed are plant-based. Even in this area, however, there are issues. Ranchers and meat processors don’t want vegetable-based substitutes to be labeled as meat; dairy farmers don’t want plant-based drinks (e.g., almond- and oat-based products) to be labeled milk. Both groups are also fighting hard to maintain their traditional turf in supermarkets.

Genetically Modified Organisms (GMOs) are another controversial way science is trying to promote food security. The controversy is mostly focused on largely unsubstantiated fears that GMOs are unsafe to eat. Jon Entine (@JonEntine), a Senior Fellow at the Center for Health & Risk Communication and the Statistical Assessment Service (STATS) at George Mason University, writes, “Although there have been more than 2,000 studies documenting that biotechnology does not pose an unusual threat to human health and genetically modified foods are as safe or safer than conventional or organic foods, questions remain in the minds of many consumers.”[7] On the other hand, David Williams, a cellular biologist, counters, “A lot of naïve science has been involved in pushing this technology. Thirty years ago we didn’t know that when you throw any gene into a different genome, the genome reacts to it. But now anyone in this field knows the genome is not a static environment. Inserted genes can be transformed by several different means, and it can happen generations later.”[8] For a deeper discussion on GMOs, read my article entitled “The GMO War of Words.”

There is an old saying — “May you live in interesting times” — which has been alternatively labeled an English blessing by some or a Chinese curse by others. According to Fraser and Newman, we are living in interesting times regardless of how you perceive that statement. They elaborate, “We’ve been watching the deployment of digital agricultural tools for the last five years. Even as academics working in the field, we are amazed at how the speed of change has accelerated dramatically over the last 18 months. Innovations that seemed decades away are suddenly appearing on store shelves and in consumer’s kitchens. … It is exciting to be witnessing what may end up being one of the most profound technological shifts in human history.” It will need to be if we are going to meet the world’s growing demand for food.