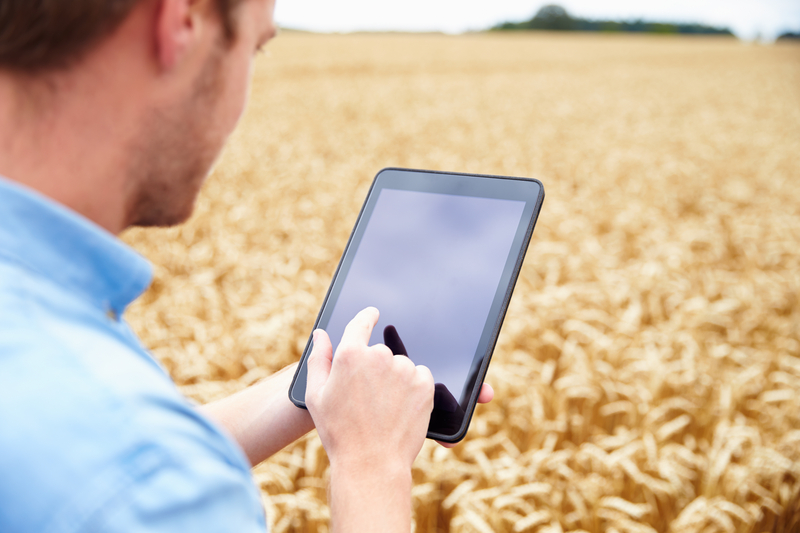 With the world’s population continuing to grow and climate change altering growing conditions around much of the world, food security has become one of humanity’s most pressing issues. Half-a-dozen years ago, Rod Snyder (@RodSnyderWV), President of Field to Market, explained the challenge ahead. He wrote, “Producing enough food, fiber and fuel for more than 9 billion people by 2050, while conserving natural resources is a challenge that has become increasingly complex. In the next 35 years, experts predict that we’ll need to double agricultural production to keep pace with population growth, changing diets and increasing demand. And farmers will have to meet this challenge in the face of a changing climate with increasingly extreme weather patterns.”[1] In order to meet the challenges laid out by Snyder, all stakeholders from farm to fork will have to get involved.

As in the past, technology also has a role to play in improving agricultural output. Lenore Newman (@DrLenoreNewman), the Canada Research Chair for Food Security and the Environment at the University of The Fraser Valley, and Evan Fraser (@Feeding9Billion), Director of the Arrell Food Institute and Professor in the Department of Geography, Environment and Geomatics at the University of Guelph, believe three technologies are poised to change the agricultural sector forever.[2] They are: Farm in a box; cellular agriculture; and, precision agriculture. They explain why changes in how the world produces food is required:

“Agriculture’s impact on the planet is massive and relentless. Roughly 40 per cent of the Earth’s suitable land surface is used for cropland and grazing. The number of domestic animals far outweighs remaining wild populations. Every day, more primary forest falls against a tide of crops and pasture and each year an area as large as the United Kingdom is lost. If humanity is to have a hope of addressing climate change, we must reimagine farming.”

In addition to the technologies mentioned above, Farming 4.0 will be highly dependent on data and artificial intelligence.

Human progress began when they moved from being hunter-gatherers to farmers. Quality of life continued to improve as humans domesticated animals to provide both labor and food. The agricultural sector then stalled until iron plows replaced wooden plows and eventually tractors replaced beasts of burden. Today, in developed countries, agricultural machinery comes equipped with amazingly advanced technology. At the same time, many people cling to the romantic image of a farmer as a person with modest education, who refers to the Old Farmer’s Almanac for weather information, and is too busy tending to fields and flocks to worry about global events. Although most farmers still love the land and many are more comfortable in denim jeans than a fine wool business suit, they are first and foremost business people. It is true that the family farm is slowly fading into the annals of history as large agri-businesses take center stage; but, both today’s family farmer and agri-businessperson are highly informed and well-educated. Even so, The Economist has observed, “Farmers can be among the most hidebound of managers.”[3]

This stubborn tendency, however, is often justified and plays only a small role in stalling the next step in agriculture (which has been referred to as Farming 4.0 — a play on Industry 4.0). At the moment, Farming 4.0 is aspirational. Newman and Fraser explain, “Technologies are no panacea — no technology ever is. For one thing, while these technologies are maturing rapidly, they aren’t quite ready for mainstream deployment. Many remain too expensive for small- and medium-sized farms and may drive farm consolidation.” The latter point is important because most of the world’s population lives in developing countries where money is tight and agricultural technology is a luxury. Nevertheless, development experts Aloysius Uche Ordu (@Aloysiusordu), an Africa Growth Initiative Senior Fellow at the Brookings Institution, Larry Cooley, Nonresident Senior Fellow for Global Economy and Development at the Center for Universal Education, and Lesly Goh (@leslygoh), a Senior Technology Advisor at the World Bank, observe, “Emerging evidence from Asia and Africa suggests that digital technology holds promise to dramatically enhance smallholder productivity and incomes by increasing on-farm and off-farm efficiency, enhancing traceability, reducing vulnerability to counterfeit products, and improving farmers’ access to output, input, and financial markets.”[4]

Unlike past advances in agriculture, where physically difficult jobs were taken over by machines, Farming 4.0 relies heavily on virtual technologies like big data and artificial intelligence. The editorial team at Analytics Insight notes, “Technological revolution that is currently happening in the agricultural sector became possible, among other things, due to big data. Collecting and analyzing big data can not only improve the productivity of individual farms but also help halt a global food crisis. The significance of this lies in the growing need to produce more food while using less land for it. To reach this goal, policymakers and industry leaders seek assistance from technological innovations, including big data, IoT, analytics, and cloud computing.”[5]

In a subsequent article, Fraser and Newman write, “Agricultural technology is on the rise and in the mainstream news. Stories of lab-grown meat, fruit-picking robots and megadeals pumping billions of dollars into the sector are catching the public’s imagination. Whether individual consumers love or hate the prospects of a digital food future, it seems inevitable that one of the next big waves of innovation will be the application of digital tools to food and farming systems.”[6] They add, “This ‘Farming 4.0’ is poised to be incredibly disruptive. Giant fermentation vats that produce dairy proteins, ‘smart’ tractors that know where they are in the field and drive themselves to plant and harvest, or biodegradable packaging that changes color when food spoils all point to the future of food.”

Farming 4.0 holds all sorts of promise for improving the agricultural sector. In order for the vision to be achieved, however, the technologies that underpin Farming 4.0 must be made available to farmers and agri-businesses around the globe. Ordu and his colleagues believe this can happen. They write, “Digitized agriculture data is creating network effects to drive scale. Coupled with the increasing embrace of the sharing economy, digitization and artificial intelligence make possible new business models and e-commerce platforms that connect farmers directly with markets, service providers, and aggregators, thereby shortening the value chain and increasing the profitability of smallholder farming. The sharing economy has also made it possible for smallholder farmers to efficiently access mechanized tools to improve their crop yields.” In the concluding installments of this article, I will take a closer look at some of the technologies involved in the Farming 4.0 movement.