Home » Education » Technology and Education: Robots in the Classroom 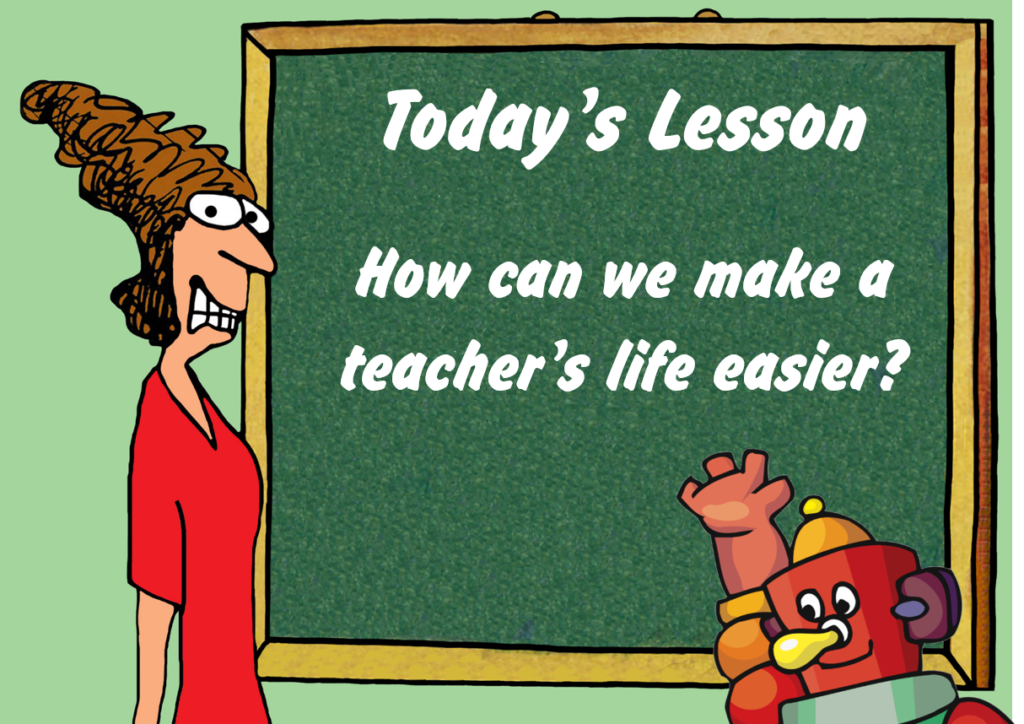 Technology and Education: Robots in the Classroom

The world is changing faster than it has in any previous historical era. Ira Wolfe (@HireAuthority) reports that a study by the U.S. Department of Labor concludes, “65 percent of today’s schoolchildren will eventually be employed in jobs that have yet to be created.”[1] Rapid change is one of the dominant characteristics of the digital age and more and more pundits insist the educational system is not keeping pace. They argue we need to upgrade classrooms to meet today’s and tomorrow’s educational challenges. Tyler Cowen (@tylercowen), a professor of economics at George Mason University, writes, “For all the talk about whether robots will take our jobs, a new worry is emerging, namely whether we should let robots teach our kids. As the capabilities of smart software and artificial intelligence advance, parents, teachers, teachers’ unions and the children themselves will all have stakes in the outcome.”[2] Amanda Neatley (@amandaneatley) asks, “Can we use artificial intelligence in our education systems in order to completely put aside a classic form of a teacher?”[3]

Professor Cowen believes robots (in whatever form) should be welcomed inside the classroom. “You can imagine robots in schools serving as pets, peers, teachers, tutors, monitors and therapists, among other functions,” he writes. “They can store and communicate vast troves of knowledge, or provide a virtually inexhaustible source of interactive exchange on any topic that can be programmed into software. But perhaps more important in the longer run, robots also bring many introverted or disabled or non-conforming children into greater classroom participation. They are less threatening, always available, and they never tire or lose patience.” Laura Panjwani (@LauraPanj) agrees with Cowen. “As classroom sizes get larger and resources dwindle,” she writes, “it can be a significant challenge for even the most qualified teacher to provide individual attention to every single child, especially those with special challenges or learning difficulties. One possible solution? Robots.”[4]

It’s no secret that children have different abilities and learn at different rates. It’s unrealistic to believe a teacher (or even a team of teachers — regardless of their skills) can provide each student the level of attention and support he or she needs to achieve their maximum potential. Although technology has great potential for improving the classroom, it should assist rather than replace teachers. Reporters from The Economist offer a word of caution about the limits of technology.[5] They write, “In 1984, the year the first Macintosh was launched, American schools averaged one computer for every 125 pupils. By 2012 there were five for every nine. But this big bang in access to IT had ‘little or no positive effect’ on outcomes such as test scores, according to an analysis of trials from around the world published last year by George Bulman and Robert Fairlie of the University of California. In 2015 the OECD found no link between what countries spend on IT in schools and their 15-year-olds’ abilities in maths, science and reading.”[5] Such results raise the question: Is technology in the classroom ineffective or has it not been used correctly in the past? Economist reporters suggest things could be changing.

“The stasis is finally starting to shift, for two reasons. The first is that ‘edtech’ is increasingly able to interact with students in sophisticated ways. Recent studies show that software which imitates the responsive role of a tutor rather than just cranking out questions and answers can indeed accelerate children’s learning. The second reason is the experience of a growing number of schools, like Khan Lab School, which are not just bolting edtech onto the existing way of doing things but using the new software to change how pupils and teachers spend their time. Both, it seems, get more productive.”

Education has proven remarkably resistant to change. Some critics have labeled the current system a factory model. Another Economist article briefly describes the factory model and why critics believe it needs to be changed:

“The conventional model of schooling emerged in Prussia in the 18th century. Alternatives have so far failed to teach as many children as efficiently. Classrooms, hierarchical year-groups, standardized curriculums and fixed timetables are still the norm for most of the world’s nearly 1.5bn schoolchildren. Too many do not reach their potential. In poor countries only a quarter of secondary schoolchildren acquire at least a basic knowledge of maths, reading and science. Even in the mostly rich countries of the OECD about 30% of teenagers fail to reach proficiency in at least one of these subjects.”

“For many decades educational innovators have happily anticipated the end of [the] ‘factory model’, whereby children of the same age learn from the same teacher in broadly the same way,” Economist writers note, “yet the model endures. Now, at least in some places, its days seem numbered.” The most often discussed benefit of technology in the classroom is personalization. Both Cowen and Neatley mention how important personalization is for students with special needs. But all students can benefit from personalization. The Economist article describing the traditional education model also notes, “Backed by billionaire techies such as Mark Zuckerberg and Bill Gates, schools around the world are using new software to ‘personalize’ learning. This could help hundreds of millions of children stuck in dismal classes — but only if edtech boosters can resist the temptation to revive harmful ideas about how children learn. To succeed, edtech must be at the service of teaching, not the other way around.”[6]

I, along with a few colleagues, founded The Project for STEM Competitiveness to help introduce new ways of getting students interested in science, technology, engineering, and math (STEM). The Project supports extra-curricular activities that use technologies (such as 3D printers) to involve students in solving real-world problems using skills they learned in the classroom. This project-based approach complements classroom teaching but doesn’t replace it. Education innovators would like to see the classroom experience itself change in dramatic ways. In a follow-on article, I will discuss what I call the collaborative classroom — a classroom in which human teachers and AI-powered machines collaborate to enhance the learning experience.

The world is changing and education needs to change along with it. I’m not the first, nor will I be the last, individual to encourage change in education. As noted above, the educational model first developed in the 18th century has proven remarkably resistant to change; but, change may be on the way thanks to technology. It may take another generation for the change to gain full purchase, but digital natives understand the power and promise of new technology. Tomorrow’s teachers — individuals who have grown up with artificial intelligence solutions — will embrace them in their classrooms like previous generations of teachers embraced chalkboards, overhead projectors, and desktop computers.