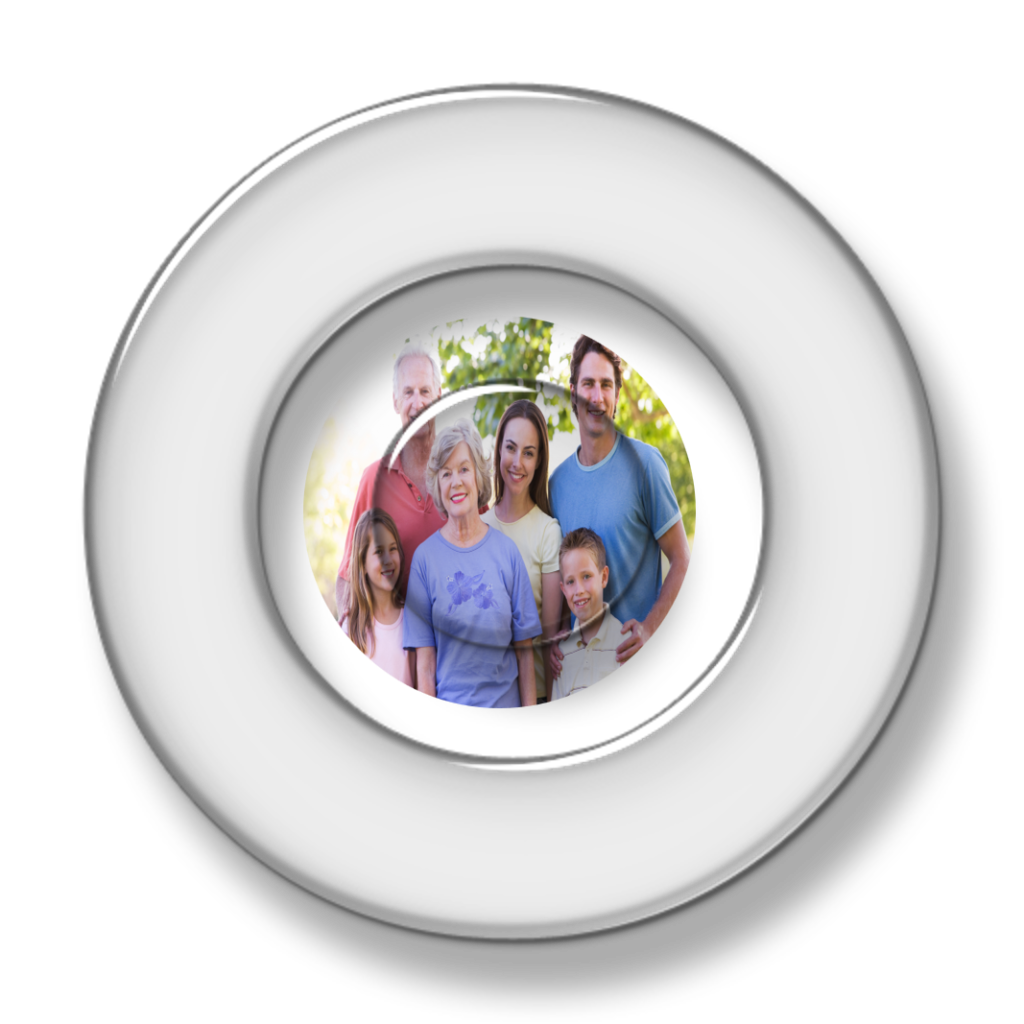 Age has always been a significant differentiator of consumers; but, it is only one of many demographic traits that need to be considered when segmenting customers for marketing purposes. Other traits that are often added to the mix include gender, ethnicity, location, income, life stage, and, the one I want to discuss in this article, generation. Generation will likely be a hot topic because this year is a tipping point between generations. Richard Fry (@r_fry1), a senior researcher at the Pew Research Center, reports, “This year, the ‘Millennial’ generation is projected to surpass the outsized Baby Boom generation as the nation’s largest living generation.”[1] There is no globally-recognized breakdown of generations, but the Pew Research taxonomy is as good as any. Fry writes, “Millennials (whom we define as between ages 18 to 34 in 2015) are projected to number 75.3 million, surpassing the projected 74.9 million Boomers (ages 51 to 69). The Gen X population (ages 35 to 50 in 2015) is projected to outnumber the Boomers by 2028.” There is also Generation Z, which includes people born from the late 1990s to the present.

In the past, generations were more of a family than a group affair. New babies represented new generations. Grandparents represented passing generations. Traditionally, however, it has been difficult to market to individuals and families, so “generations” (i.e., groups that encompassed larger groups with similar buying habits) were devised as a way of understanding the consumer landscape. At the individual level, there is likely little difference between a 51-year-old Baby Boomer and a 50-year-old Gen Xer; nevertheless, identifying generations has proved useful for marketing purposes. The advertising agency Sparks & Honey asserts, “Marketers have been focused on Gen Y (a.k.a. Millennials) for more than a decade. In fact, Millennials are the most researched generation in history!”[2] Matthew Phillips (@matthewaphilips), an Associate Editor at Bloomberg Businessweek, adds, “By now we’re all familiar with the plight of the millennial generation, those born after 1980. They owe the bulk of America’s $1 trillion in student debt. They have little or no savings. A third still live at home with their parents. Those with jobs are often underemployed and underpaid. Not only have they delayed the typical trappings of adulthood — marriage, home, kids — they may be stuck in perpetual adolescence.”[3] That doesn’t sound like a description of a group that would attract the attention of manufacturers and retailers, but Generation Y has done just that. Phillips explains why.

“Millennials do have one big thing going for them: numbers. At 4.3 million, 23-year-olds are now the single largest age group in the U.S. According to U.S. Census data, there are more people in their twenties (44.5 million) than in their thirties (41 million), forties (41.7 million), or fifties (43.8 million). This is good news for twenty-somethings, who will benefit from their overall size through the economic growth they’ll create. It’s even better news for the economy, which will need every penny of taxes they pay and consumer demand they generate to offset the impact of 70 million baby boomers entering retirement. … If not for this bulge of young people, the U.S. would look a lot like Japan and Europe, which both lack a relatively large number of young adults to offset graying populations. While all three had Baby Booms after World War II, only the U.S. saw its birth rate increase in the 1980s and ’90s after two decades of decline. ‘This youth bulge is what makes the U.S. special right now,’ says Torsten Slok, chief international economist at Deutsche Bank. ‘Though they may not be as well-off on an individual basis, their sheer size will help overcome that. The simple act of adding more workers will by itself create more wealth.’ The last time the U.S. had this many young people primed to enter the labor force was in the early 1980s.”

In order to optimize marketing spend, manufacturers and retailers need to understand the differences between generations so they can be targeted with the right message for the right product at the right time. Catherine Salfino (@CathSalfino) notes, “It wasn’t that long ago when marketers merely had to place ads in newspapers and magazines, or on TV or the radio to reach their audience. Generally, a lot of fish could be caught with one or two nets. These days, there’s a different method for reaching every generation. Even social media preferences vary depending on age groups.”[4] Salfino’s article focuses on generational differences and which media outlets they prefer. Jason Dorsey (@jasondorsey), a Millennials researcher at Center for Generational Kinetics, told Salfino, “The more specific the target, the easier it is to find the right channel and message.” He elaborates:

“In fact, what works for Baby Boomers might be a complete turn off for Millennials. For example, Facebook and Pinterest might be good for reaching Millennial moms, but Instagram might be better for teens. We do see Baby Boomer adoption increasing on all social media platforms and expect this trend to continue. But the more you can target your ads or money, the better. … It’s not about how many people you ‘reach,’ but how many people you get to engage and buy. If you reach one million people through a Facebook ad and only 100 respond, or you do a targeted ad to 1,000 and 100 respond, you end up with the same sales volume but very different advertising costs. This is true with every generation, but the platform will vary based on the generation you’re trying to reach. The answer is always: guess, test, refine, test, launch and repeat.”

Salfino goes on to provide an excellent breakdown of the generations currently in the marketing mix. Beginning with the so-called “Greatest Generation,” she writes:

“The oldest consumers, often known as the Greatest or Silent Generation, grew up during the Great Depression. Born between 1927 and 1945, this group is now between 70 and 88 years old, and holds $800 billion in spending power according to a report from Sparks & Honey.”

The Greatest Generation may not have the greatest spending power, but they do have the attention of their children, who make up the Baby Boomer generation. And Baby Boomers do have money. Salfino continues:

“Baby Boomers were born between 1946 and 1964 and number about 76 million. They account for 32 percent of the U.S. population but control 77 percent of total net worth, and account for $2.9 trillion in annual spending, or nearly half of consumer expenditures, according to AARP. As the ‘Me Generation,’ they believed hard work would equal financial success.”

Because of the reasons outlined above by Phillips, Baby Boomers are also still actively engaged in supporting their children, members of Generation X, and sometimes their Generation Y grandchildren. In some ways, Generation X has been an overlooked generation. Concerning Generation X, Salfino reports:

“Gen X was born 1965 to 1977 and number about 75-to-83 million in the U.S. Its purchasing power hovers at about $125 billion per year, according to comScore. The middle children of the Boomer and Millennial generations, they were labeled as Slackers and the Why Me Generation. Brands can relate to this group through nostalgia, according to trendspotter Marian Salzman.”

Concerning the generation that has continued to rise in importance, Generation Y, Salfino writes:

“Millennials/Gen Y were born between 1978 and 1994. Their spending power is almost $200 billion a year according to marketing research firm Kelton Research. With a population of 72 million, they’re figured to be the most educated, tech proficient, and soon-to-be-largest American Generation ever. Millennials are actively seeking out information and value retailers who offer personal and educational shopping experiences.”

We don’t yet know a lot about the teenagers and children that make up the youngest generation, Generation Z. We do know that they will eventually be a large segment of the consuming population and, therefore, bear watching. Salfino writes:

“Meanwhile, Gen Z, those aged up to 19, makes up 25.6% of the consumer population, according to Spark & Honey. Even though most don’t earn their own living yet, their allowance alone translates to $44 billion a year, according to Mintel. They are very digitally savvy, having never known a time without the Internet.”

With so many generations in play, it is little wonder that manufacturers and retailers are looking for new and better ways to target consumers with the right products. Fortunately, this complex consumer picture is emerging at a time when data about consumers is available in large amounts and cutting edge technologies permit this data to be mined for insights. As the population continues to age, significant numbers of generations will continue to impact the business landscape and businesses that can understand that landscape will be better equipped to take advantage of it.