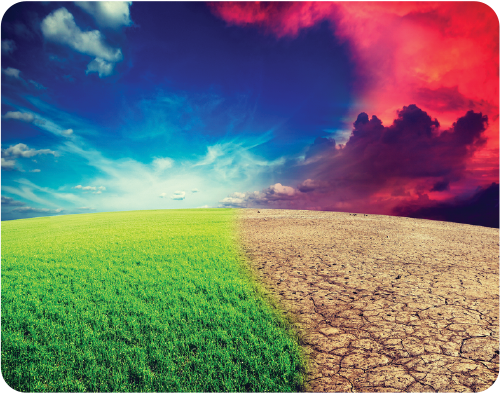 Climate change is becoming a hot topic (pun intended) in many corporate boardrooms. Companies are beginning to understand the negative impacts climate change can wreak on their business. In a volatile world…

Climate change is becoming a hot topic (pun intended) in many corporate boardrooms. Companies are beginning to understand the negative impacts climate change can wreak on their business. They are also beginning to understand how their reputation can be negatively affected if they fail to do their part to reduce greenhouse gas emissions causing climate change. Most of those emissions are associated with corporate supply chains. Christopher Marquis (@CMarquisCornell), a Professor in Sustainable Global Enterprise at Cornell University, explains, “People are increasingly expecting and calling on businesses to uphold higher social and environmental standards.”[1] This is especially true when it comes to younger consumers. As Marquis notes, “Those companies that demonstrate a care for workers, the environment and the communities they serve are becoming top choices for young Americans especially. Clearly, companies need to begin to more fully consider their supply chains, working to make them more resilient, sustainable and ethical.”

Why sustainability is important

Science writer Seth Borenstein (@borenbears) reports, “Earth’s rising fever hit or neared record hot temperature levels in 2020 … While NASA and a couple of other measurement groups said 2020 passed or essentially tied 2016 as the hottest year on record, more agencies, including the National Oceanic Atmospheric Administration, said last year came in a close second or third. The differences in rankings mostly turned on how scientists accounted for data gaps in the Arctic, which is warming faster than the rest of the globe.”[3] As the Earth warms, shifting climate patterns can affect everything from coastal flooding, storm intensity, availability of water, and amount of arable land. All of those consequences negatively impact businesses. Currently, environmentalists are hoping to restrict global warming to less than 1.5 degrees Celsius. According to the Intergovernmental Panel on Climate Change (IPCC), limiting global warming to less than 1.5 degrees Celsius would “reduce the number of people frequently exposed to extreme heatwaves by about 420 million” and “significantly reduce the probability of drought and risks related to water availability in some regions, particularly in the Mediterranean (including Southern Europe, Northern Africa and the Near-East), and in Southern Africa, South America and Australia.”[4]

What are companies doing?

Obviously, in this short article, I can’t discuss the many efforts currently underway by corporations across the world. For illustrative purposes, I will discuss some efforts by consumer packaged goods (CPG) companies currently underway. The first company, Nestlé, the world’s largest food company and an Enterra Solutions® client, announced last December it plans to invest $3.6 billion over the next five years as part of its long-term goal to cut in half its emissions by 2030 and reach net-zero emissions by 2050.”[5] Christopher Doering (@cdoering), reports, “As part of its efforts, Nestlé expects to use 100% renewable electricity at its 800 global sites by 2025, work with its farmers and suppliers on regenerative agriculture practices, expand its offering of plant-based food and beverages and reformulate other products to make them more environmentally friendly. It also is increasing the number of ‘carbon neutral’ brands it offers as consumers increasingly value this attribute when they purchase a product.”[6]

A second company, PepsiCo, recently announcing similar efforts. In a mid-January press release, PepsiCo explained, “In the face of an escalating climate crisis, the company has unveiled an ambitious new goal to cut carbon emissions by more than 40% by 2030 (against a 2015 baseline) — more than doubling the previous climate objective. This is expected to result in the reduction of over 26 million metric tons of greenhouse gas emissions — the equivalent of taking five million-plus cars off the road for a full year. ‘The severe impacts from climate change are worsening, and we must accelerate the urgent systemic changes needed to address it,’ says PepsiCo Chairman and CEO Ramon Laguarta. Moving up the company’s timeline is crucial, considering the dire consequences for waiting. ‘There is simply no other option but immediate and aggressive action,’ Laguarta says.”[7] According to Doering, Nestlé and PepsiCo join dairy giant Danone and Diageo, one of the world’s largest producers of spirits and beers, in pursuing major sustainability efforts. Danone, in February 2020, announced plans “to invest $2.18 billion to reduce its climate impact” and Diageo “committed to reach net-zero carbon emissions in its owned operations and reduce emissions from its supply chain by 50% by 2030.”

Sustainability goals, like those discussed above, can be ambitious. Fortunately, we know artificial intelligence (AI) can help organizations achieve their objectives. How do we know? Because some companies have already demonstrated AI’s effectiveness in this area. Google, one of the world’s largest consumers of electricity, has been striving for years to reduce the amount of power it requires to cool its data centers and AI has helped them make significant progress.  Google notes, “Existing data centers use roughly 2% of the world’s electricity, and if left unchecked, this energy demand could grow as rapidly as Internet use. So making data centers run as efficiently as possible is a very big deal.”[7] Richard Evans (@LittleBimble), a research scientist at DeepMind, and Jim Gao, CEO & Co-founder at Phaidra and a former DeepMind scientist, explain, “Reducing energy usage has been a major focus for [Google/DeepMind] over the past 10 years: we have built our own super-efficient servers at Google, invented more efficient ways to cool our data centers and invested heavily in green energy sources, with the goal of being powered 100 percent by renewable energy. Compared to five years ago, we now get around 3.5 times the computing power out of the same amount of energy, and we continue to make many improvements each year.”[8] As a result, by spring 2014, Google data centers used 50% less energy than the industry average. Although those results were impressive, their efforts continued.

Evans and Gao explain, “Major breakthroughs, however, are few and far between — which is why we are excited to share that by applying DeepMind’s machine learning to our own Google data centers, we’ve managed to reduce the amount of energy we use for cooling by up to 40 percent. In any large scale energy-consuming environment, this would be a huge improvement. Given how sophisticated Google’s data centers are already, it’s a phenomenal step forward.” Google adds, “Google’s environmental team wants our operations to emit less carbon. Hardware ops aspires to fewer component failures. The platforms people care about server energy consumption. Machine learning can help them all achieve their efficiency dreams. Not to mention those of the rest of the world.”

As noted above, Google isn’t the only company interested in reducing energy consumption or whose goal is to decrease greenhouse gases — which means it’s not the only company that can be helped by artificial intelligence. Cognitive solutions, like the Enterra Supply Chain Intelligence System™ powered by the Enterra Cognitive Core™, can help turn corporate datasets into actionable insights to help achieve corporate objectives — including sustainability goals. Everything from procurement, to production, to logistics can be improved using artificial intelligence. Given a challenge and the right data, cognitive technologies can be adapted to the task. Because it takes both time and effort to create the right program for a particular challenge, the sooner companies get started with their sust[AI]nability projects the better.