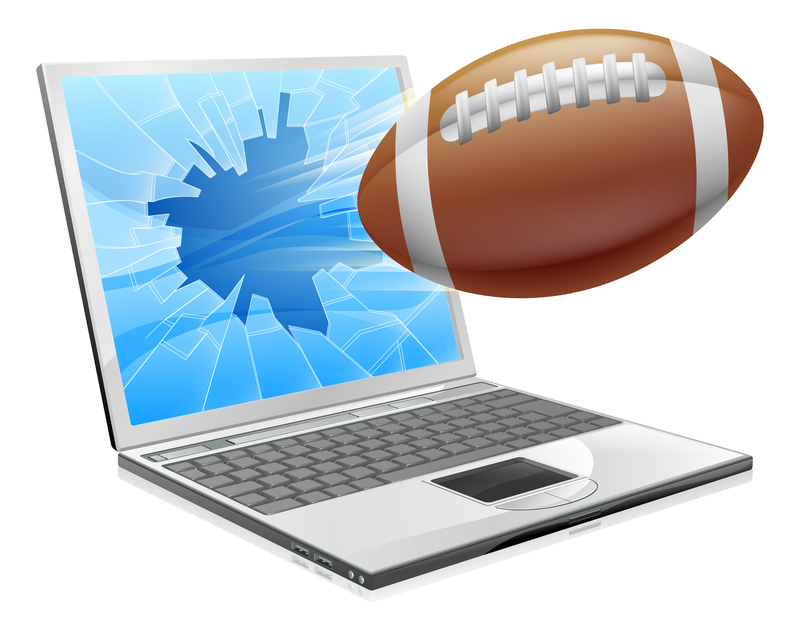 This year’s Super Bowl looks pretty evenly matched. Both teams (the New England Patriots and Seattle Seahawks) sport a 14-4 record. The Seahawks averaged 375.8 yards per game during the regular season and the Patriots averaged 365.5 yards per game. On the defensive side the Seahawks allowed only 267.1 yards per game and the Patriots allowed 344.1 yard per game. The Patriots averaged 29.2 points per game and the Seahawks averaged 24.6 points per game. Some analysts have picked the Patriots to win the Super Bowl and others have picked the Seahawks. No one really knows. That’s why we play the game. So what does this have to do with supply chain risk management? Just like participants in the Super Bowl, companies want to win at whatever activity in which they are involved. To do that they need good processes, ample resources, and top notch people. They need to develop plans, gather and analyze data, and measure success. Like many industries, football games are highly regulated and have significant oversight in place. The competition is stiff, with each side looking for an advantage over its competitor. The playing field, of course, is about as level as you can find and the objectives are clear — get the ball from one end of the field to the other and score. When attempting to achieve that goal, plans can be disrupted and new plans have to be put in place. When disruptions occur, they need to identify the problem, readjust their plans, and move forward. The most resilient team is the one that generally wins.

In some ways, football teams have a great advantage over other businesses. For one thing, they can clearly see the big picture (the football field). They can see the competition. They know that each team must follow the same rules or get penalized. Their visibility seems almost complete; yet the outcome of the game still remains in doubt. Few businesses have the kind of visibility into their supply chains that football teams have during a game. Nevertheless, there are things that football teams do before and during games, like the Super Bowl, that could help any business manage risk better.

Anyone who follows sports knows that big data analytics play a significant role in today’s competitive environment. Teams want to know how players perform under any condition (e.g., in the heat or cold, on real or artificial turf; in enclosed or open stadiums; etc.). For each position, teams have metrics they use to evaluate players. For progress on the field, they have yard markers. They are not gathering and analyzing all of this data just so sports fanatics have something to discuss over beers. If all of this data gathering and analysis didn’t help them win, they wouldn’t spend the time and money on the effort. The same holds true for other businesses. “It’s no secret that, in today’s global business environment,” writes Joseph Roussel, a France-based PricewaterhouseCoopers partner, “superior supply chain performance is essential to competitive advantage.”[1] Roussel’s assertion is based on hard facts not personal opinion. “According to research by PwC’s Performance Measurement Group (PMG),” he explains, “there’s a strong correlation between superior supply chain and superior financial performance. Specifically, companies with top-flight supply chains can realize 50% higher annual sales growth and 20% higher profitability than their competitors. That makes sense, given the supply chain’s role in driving breakthrough innovation, customer satisfaction and operational efficiencies.” Ron S. Kennett, an International Research Professor at the NYU-POLY Center for Finance and Risk Engineering, concludes from his research, “Modern evidence-based management relies … on data, and not only opinions, for achieving effectiveness and efficiency. In that context, risk management can exploit information from structured quantitative sources (numerical data) and semantic unstructured sources (e.g., text, voice or video recordings) for driving risk assessment and risk mitigation strategies.”[2] NFL teams have also learned that real-time information can be critical to success. Just watch the sidelines during the Super Bowl and observe players pore over photos of formations taken the previous series or don headsets to get the latest intelligence from coaches in the booth.

Everyone knows that football teams all have playbooks. They draw out plays (both offensively and defensively) so that each player knows what is expected of him during that particular endeavor. Everyone also knows that those plays don’t just get filed in the playbook and then get placed on a shelf. Plays are exercised time and again until each player understands his role and acts instinctively when the situation requiring that play arrives. Companies need to the same thing when it comes to supply chain risk management. Detailed plans needs to be developed AND exercised so that everyone understands their role when a crisis arises and plans need to be implemented. During practice sessions, coaches quiz their players about a lot of “what if” situations so that they are prepared to respond to the unexpected. Companies need to do the same. It is essential to hold “what if” discussions for both external and internal situations. You can be assured that Seahawks head coach Pete Carroll and New England Patriots head coach Bill Belichick have asked, “What if Tom Brady or Russell Wilson are injured and unable to play?”

You can also be assured that they have continuity of operations plans in place for such an eventuality. Pramod Sethumadhavan, a manager at GEP, believes that companies, like football teams, must be proactive in their risk management efforts. “I find it ironic that many organizations today look at supply chain risk from a unilateral perspective,” he writes. “The impact of natural disasters have repeatedly raised questions on organizations’ preparedness to tackle supply chain disruptions. Companies today look for geographical presence and spread of their key suppliers to ensure business continuity. But is that all a company should do to mitigate risk? With the complex supply chain networks that companies are leveraging, there is risk even without a major global event — there is risk in maintaining status quo and in inaction!”[3] In other words, companies need to look at internal risks, external risks, and understand how unfolding events could affect their operations.

Perhaps the most obvious thing that companies can learn from watching the Super Bowl is that how you put a winning team together matters. Each player has a role and a weak player at any one position can be exploited by the competition. A team made up entirely of quarterbacks or of linebackers or of linemen is not going to win many (if any) games. When a company assembles it risk management team, it should keep that lesson in mind. A good team is made up of participants from all stakeholder divisions in the company. Risk management is everyone’s business. Eddie Barrett, a director with Deloitte Consulting LLP, states, “In a risk intelligent organization, everyone in the organization understands its approach to risk and they take personal responsibility for managing risk in their work every day. That’s part of the definition of risk intelligence. At the same time, there are a handful of people who typically have elevated responsibilities for risk culture.”[4]

I can predict with reasonable accuracy that not every drive the teams will attempt during the Super Bowl will end up with a score. There are going to be disruptions, some caused by fumbles and interceptions and some caused by routine defensive stops. How teams bounce back after those disruptions is, in large measure, going to determine who wins the game. In that same light, I can predict with reasonable accuracy that most companies will also experience disruptions this coming year. María Jesús Sáenz, a professor at the MIT-Zaragoza International Logistics Program at the Zaragoza Logistics Center in Zaragoza, Spain, and Elena Revilla, a professor of operations at IE Business School in Madrid, report, “Many more companies now find themselves at increasing risk of supply chain disruption. A recent study by Aon Risk Solutions found that, on average, the percentage of global companies reporting a loss of income due to a supply chain disruption increased from 28% in 2011 to 42% in 2013.”[5] “At many companies,” they add, “the resiliency of the supply chain has not kept pace with the continually rising level of logistical complexity. Most supply chain managers have yet to do much about this problem.” Other analysts have pointed out that the companies best prepared to handle crises are the companies that survive and thrive on the far side of the crisis.

As you eat your Buffalo wings and guzzle your beverage of choice during this year’s Super Bowl, observe how the teams are coping with unexpected, unanticipated, and undesired situations that arise. You just might learn a thing or two that could help you make your company more resilient to the risks it faces.