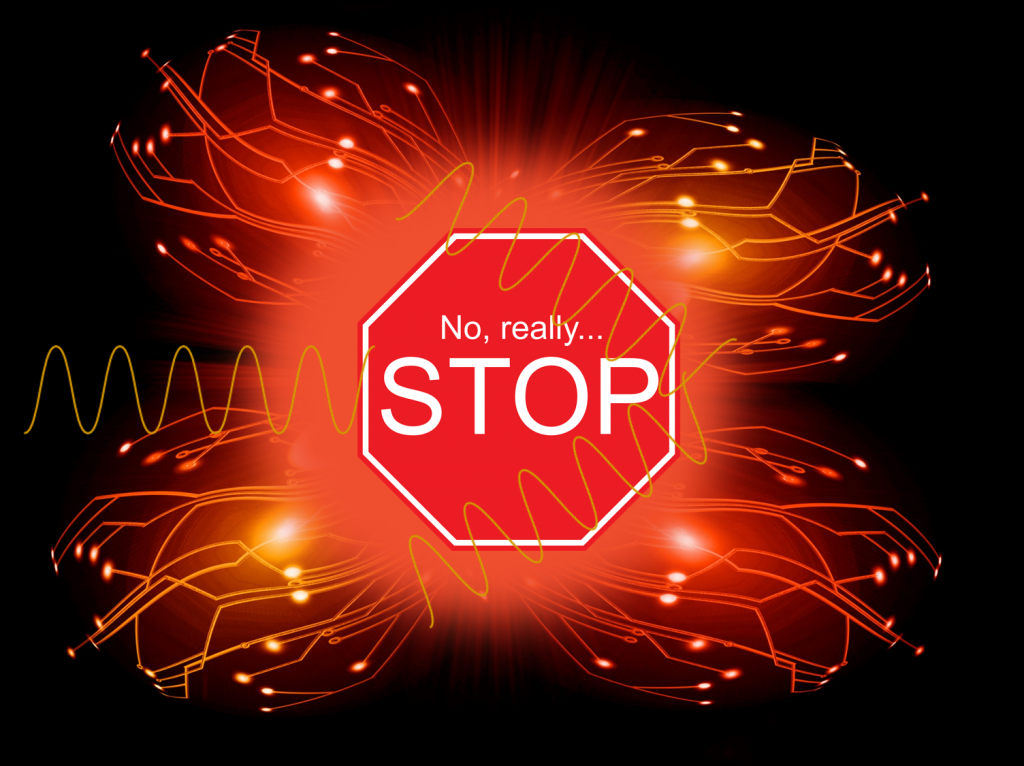 Light particles are the ultimate measure of speed. We were all raised with the notion that nothing in the universe can go faster than the speed of light. That’s why the announcement that a group of scientists had managed to stop light caught the attention of the scientific community. “It is a trick that could stop rogue Stormtrooper attacks — or help revolutionise computing,” writes Mark Prigg (@markprigg). “Researchers have revealed a radical experiment that can stop light — and could one day lead to optical computers.”[1] The optical computers to which Prigg refers are more often called quantum computers, which aim to take advantage of weird particle behavior at the quantum level. Abigail Beall explains, “Quantum computing takes advantage of the strange ability of subatomic particles to exist in more than one state at any time.”[2] She continues:

“Due to the way the tiniest of particles behave, operations can be done much more quickly and use less energy than classical computers. In classical computing, a bit is a single piece of information that can exist in two states — 1 or 0. Quantum computing uses quantum bits, or ‘qubits’ instead. These are quantum systems with two states. However, unlike a usual bit, they can store much more information than just 1 or 0, because they can exist in any superposition of these values.”

Brad Jones (@beardjones) explains, “As the quantum computer makes the jump from theory to reality, the field surrounding it is poised to explode. We’ll see applications that were never even considered before, from science lab fare that’s only comprehensible to experts, to weird and wonderful ways of using the tech that should capture anyone’s imagination.”[3] He adds, “Though researchers have been able to agree on how a quantum computer might function, building working hardware has proven an incredible challenge, and has led to plenty of disagreement.” Scientists around the world are racing to develop the first universal quantum computer and are experimenting with a number of methods and materials to create qubits. So you might be asking: Where do stopped light particles come into the picture?

Lead researcher Jesse Everett, from the Research School of Physics and Engineering (RSPE) at the Australian National University, explains “Quantum computers based on light — photons — could connect easily with communication technology such as optic fibres and had potential applications in fields such as medicine, defence, telecommunications and financial services.”[4] Cathal O’Connell (@iCatHalo) reports Everett and his colleagues “liken the experiment to a scene from the 2015 film Star Wars: The Force Awakens when the character Kylo Ren used the Force to stop a laser blast mid-air.”[5] Co-author of the study, Geoff Campbell, told O’Connell, “Of course, we’re not using the Force, we’re using a light-matter interaction.” Everett indicates the light-matter interaction experiment was conceived when he “discovered the potential to stop light in a computer simulation.” He then “created a light trap by shining infrared lasers into ultra-cold atomic vapour.”[6] Everett admits optical quantum computing remains “a long way off,” but he believes their successful experiment to stop light puts the world a bit further down the right road.

Speaking about the experiment, Everett stated, “”It’s clear that the light is trapped, there are photons circulating around the atoms. The atoms absorbed some of the trapped light, but a substantial proportion of the photons were frozen inside the atomic cloud.” Campbell added, “Photons mostly passed by each other at the speed of light without any interactions, while atoms interacted with each other readily. Corralling a crowd of photons in a cloud of ultra-cold atoms creates more opportunities for them to interact. We’re working towards a single photon changing the phase of a second photon. We could use that process to make a quantum logic gate, the building block of a quantum computer.” O’Connell notes, “While light has ground to a halt before, the Australian team managed to create a self-correcting arrangement — something which has never been done but makes preparation a lot easier. They were also able to image the cloud of atoms side-on and show the light exchange in action.”

Jones observes, “The true potential of a quantum system will only be realized once hundreds, or thousands, of qubits can coexist together.” D-Wave, a Canadian company manufacturer of quantum computers that specialize in optimization challenges, recently announced it was building a machine with 2000 qubits. Nevertheless, Scientists continue to debate about whether the D-Wave system really performs better than conventional computing systems.[7] Because skepticism still surrounds the D-Wave machine, Jones notes there remains “a race toward the first large-scale universal quantum computer.” Winfried Hensinger, a British researcher, told Jones, “It used to be a physics problem. Now, it’s an engineering problem.” Jones reports, “There are two strong but different contenders, and it’s not clear which idea will become reality first.” He explains:

“Two possibilities stand head and shoulders above the rest. One is called ‘superconducting qubits.’ It uses an implementation that relies on supercooled electric circuits, and could offer manufacturing advantages when chips are being made in greater quantities. The other is ‘trapped ions,’ a method that is less confined by environmental factors like temperature, but faces other challenges, such as controlling numerous individual charged atoms inside a vacuum.”

Hensinger told Jones, “Both superconducting qubits and trapped ions are very much an elite. They’re both really good implementations, and they will both produce a quantum computer.” The question on the minds of most scientists involved in the race to development a universal quantum computer involves timing. When will it occur? No one knows for sure; but, nearly every week a new breakthrough is announced. Alexey Fedorov, physicist at the Moscow Institute of Physics and Technology told Beall, “The progress in that field is rather rapid but no one can promise when we [will] come to wide use of quantum computation.”