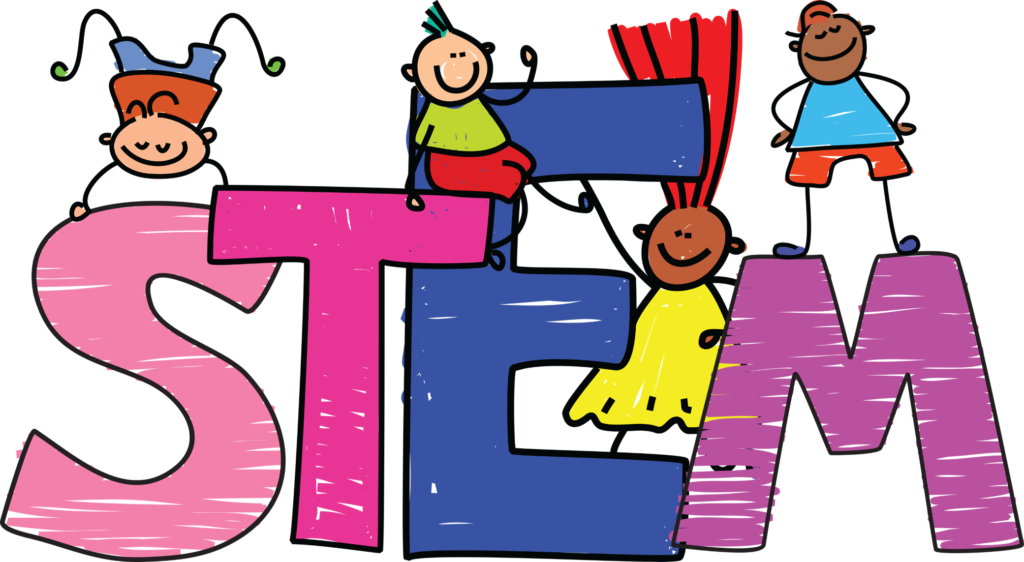 When I and a few colleagues founded The Project for STEM Competitiveness, we had in mind both the competitiveness of the students and the competitiveness of the nation. We want to help ensure that students in schools near where we live have project-based programs available that can assist them to develop skills to cope with the challenges life throws in their path. We believe a skilled workforce will ensure that America remains competitive in the decades ahead. Tim Bajarin (@Bajarin), President of Creative Strategies, Inc., believes a solid background in STEM (science, technology, engineering, and math) is a great equalizer between generations.[1] Specifically, Bajarin believes the skills developed as a consequence of learning STEM subjects will become the great equalizer. He thanks President John F. Kennedy for instilling his generation with a desire to learn those skills. In a speech delivered on 12 September 1962, President Kennedy urged the country to develop and embrace new technologies — and to put a man on the moon. He stated:

“The growth of our science and education will be enriched by new knowledge of our universe and environment, by new techniques of learning and mapping and observation, by new tools and computers for industry, medicine, the home as well as the school.”

Bajarin notes, “In essence, this challenge to conquer space and make technology a key part of our world in the 60’s and 70’s became one of the great equalizers of my generation, driving economic growth and setting the stage for many technological breakthroughs of the latter part of the last century.” He laments, however, that the excitement generated by the space race with the Soviets was lost over time. “By the mid-1980s,” he writes, “without a similar push by either the U.S. government or the schools to emphasize science, technology, engineering and math (STEM for short), we lost almost two decades of youth who chose to go into other fields of learning.”

Robert McCutcheon (@MccutcheonBob), U.S. Industrial Products Leader at PwC, argues that the race to space created a skills shortage that remains to this day. “The concern around manufacturing talent began decades ago,” he writes, “when the post-WWII boom in U.S. manufacturing brought about a STEM (science, technology, engineering and math) skills shortage. Since then, the industry has only become more complicated.”[2] Gary Beach (@GBeachCIO) agrees a skill shortage exists and it affects numerous economic sectors, not just manufacturing. “The Association for Talent Development,” he writes, “[defines the skills gap] as a ‘significant gap between an organization’s current talent capabilities and the skills it needs to grow or remain competitive.’ Although that textbook definition seems straightforward, in the market, the skills gap defies easy explanation or resolution.”[3] Beach notes that several prominent experts have dismissed the skills gap as a myth. In response, Beach writes:

“With 5.9 million ‘open’ jobs in America, the most unfilled positions ever reported by the U.S. Bureau of Labor Statistics, rest assured C-level executives are not laughing about the skills gap. The 2015 PricewaterhouseCoopers LLP’s ‘Global CEO Survey’ reports 73% of CEOs claim the skills gap is a ‘key concern’ impacting the future growth of their business. A perspective recently reflected in the 2016 Hays Global Skills Index which proclaimed, ‘for the fifth consecutive year businesses across the world continue to struggle to find and attract the right talent, with the lack of skills threatening business growth and jeopardizing productivity.’ Neither are chief information officers amused by the skills gap.”

Beach’s point is that both the American workforce and the U.S. economy would benefit if those millions of jobs were able to be filled. “The one immutable, undeniable constant in a successful business is a quality workforce,” writes Jim Postl, the former President & CEO of Pennzoil-Quaker State. “Good people are the fuel that makes a business go. If people don’t have the skills they need, not only will they have trouble carving out a fulfilling career, but their employers won’t have the workers they need to be productive.”[4] He continues:

“Sadly, that exact scenario is beginning to unfold across the country. We’re in the midst of a ‘skills gap’ crisis. That means there are more job openings than there are people qualified to fill those jobs. Without workers who have the training and education to meet the needs of employers, positions go unfilled (or are filled by less-than-ideal candidates). A skills gap disrupts operations and hamstrings productivity. … The skills gap is particularly pronounced in ‘STEM’ fields (science, technology, engineering, and mathematics), which is a major growth sector. The expansion of the STEM sector only serves to heighten the urgency for finding a way to close the skills gap.”

Postl concludes, “We have to be able to help students get the tools they need to flourish in the high-demand jobs of today and tomorrow.”

“Zella and Laz will need a myriad of skills and competencies to achieve their STEM potential and fulfill personal aspirations in the world they inherit. In addition to inquiry-based learning in school, their STEM skillsets will be developed outside the classroom, by participating in FIRST® LEGO® League with their parents and friends, making a cat dance with Scratch® on a Raspberry Pi with the help of a thirty-something engineer in an afterschool program or experiencing the thrill of touching the nubby skin of a starfish while a sixty-something retired scientist at the California Academy explains the nefarious eating habits of this adorable sea creature.”

Golden understands her grandchildren will require STEM skills to succeed and that those skills need to be developed in school, at home, and during extra-curricular activities. Like Bajarin, Golden would like to see an enlightened administration spark excitement about STEM in our up and coming generations. She insists America needs “a visionary administration to lead a well-coordinated national STEM literacy campaign that taps into burgeoning grassroots initiatives popping up around the U.S. and harnesses the creative energy of hundreds of thousands of spirited Baby Boomers on the cusp of retirement from their fulfilling STEM careers.”

Postl discusses two educational approaches he believes can help our children develop the skills they need. “We know that career and technical education (CTE) programs can often be the best way for students to receive the training that STEM and other specialized fields require,” he writes. “Meshing wonderfully with CTE education is a research-supported model called ‘deeper learning.’ Deeper learning stresses the ‘executive functioning’ skills that today’s employers value most. These include skills such as collaborating well, thinking critically, incorporating feedback into work product, problem-solving, communicating effectively, and knowing and mastering core academic content. More specifically, project-based learning is a centerpiece of deeper learning. Deeper learning gives students real-world know-how, often by creating direct connections between the classroom and workplace, with businesses and community partners frequently offering direct support for such programs.”

As noted at the beginning of this article, I’m a fan of project-based learning. Teaching STEM subjects through project-based learning helps students learn, among other skills, critical thinking, problem solving, collaboration, and communication. Regardless of the vocation they pursue, these skills will benefit students’ lives. Bajarin is encouraged a new spark of interest in STEM subjects may be developing. “Special STEM programs are emerging in our schools and through privately funded programs nationwide,” he writes. “Business leaders, educators and lawmakers know that technology will fuel our future, and they understand that preparing the youth of today for the jobs of tomorrow must become a major priority.”