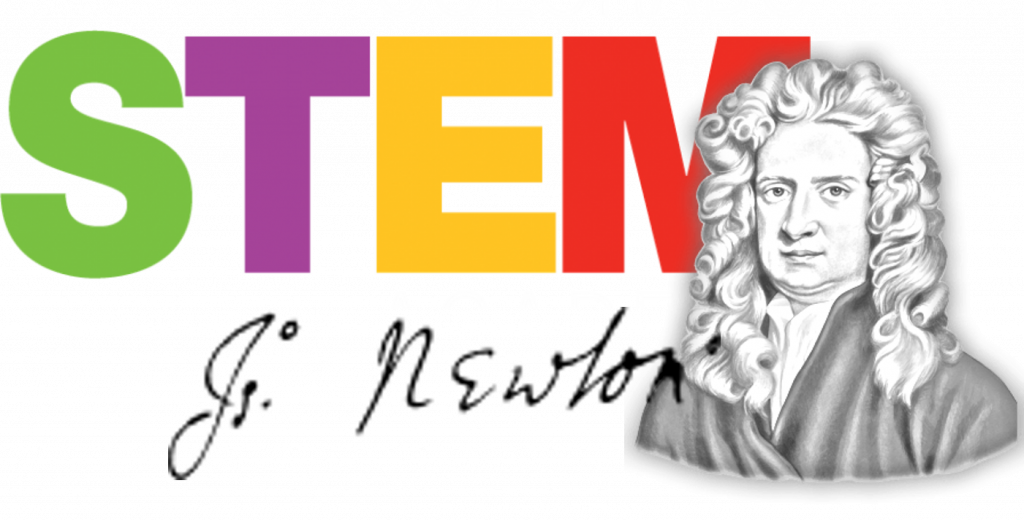 This past Christmas marked the 375th birthday of Sir Isaac Newton. As most people are aware, Newton “was an English mathematician, astronomer, theologian, author and physicist who is widely recognized as one of the most influential scientists of all time and a key figure in the scientific revolution.”[1] It’s fair to say our world is a better place because of Newton’s contributions. It’s also fair to say Newton wouldn’t have helped create a brighter future without a good STEM education. STEM, of course, stands for science, technology, engineering, and mathematics. Newton helped advance those fields but he gave credit to great thinkers who preceded him. He once remarked, “If I have seen further, it is by standing on the shoulders of giants.” The giants to whom he referred included men like Copernicus, Galileo, Kepler, and Descartes. Today’s great thinkers in STEM fields are fortunate Newton’s giant shoulders were added to the stack. Jamie Gass, Director for School Reform at the Pioneer Institute, writes, “American schoolchildren should know we reside in a universe that for centuries has been largely explained by the genius of Isaac Newton’s computations, experiments and ideas. Specifically, Newton developed calculus, a mathematical understanding of how things change; revolutionized optics by revealing that white light contains all the rainbow’s colors; and invented the reflecting telescope for peering more clearly into space.”[2]

Some things can’t be sugarcoated. STEM subjects require a lot of hard work to master. Pew Research Center analysts, Brian Kennedy (@briantkennedy), Meg Hefferon, and Cary Funk (@surveyfunk), report, “When Americans are asked why more students don’t pursue a degree in science, technology, engineering or math, they are most likely to point to the difficulty of these subjects, according to a new Pew Research Center survey. About half of adults (52%) say the main reason young people don’t pursue STEM degrees is they think these subjects are too hard.”[3] If parents pass that sentiment on to their children during their children’s formative years, it’s little wonder their children steer clear of STEM subjects. We need to encourage rather discourage our children to pursue these subjects. So what if they are hard subjects. Hard work is a good value to embrace. Former U.S. Secretary of State, Colin Powell, asserts, “There are no secrets to success. It is the result of preparation, hard work, and learning from failure.” Hard work is how Newton became an intellectual giant. Gass reports, “When Newton was asked how he discovered the law of universal gravitation, he replied: ‘By thinking on it continually.'”

Studying STEM subjects prepares children to succeed. Kennedy, Hefferon, and Funk report, “Those who have an undergraduate degree in a STEM field of study earn more than those with other college majors — regardless of whether they work in a STEM job or a different occupation.” Students need to understand why they need STEM knowledge and how STEM subjects provide a foundation for a successful life. Kennedy and colleagues note students already have plenty of excuses for not taking STEM subject. They write, “[Other reasons] more young people don’t pursue degrees in STEM is that they think STEM subjects are not useful for their careers (23%) or they think these subjects are too boring (12%).” I believe both of those fallacies can be addressed using the right approach to STEM education. One of the best ways to teach STEM and help students learn to be adaptable problem solvers is by engaging them in project-based programs. That’s why I, along with a few colleagues, founded The Project for STEM Competitiveness — to help get a project-based, problem-solving approach into schools near where we live. This approach can demonstrate to students that STEM subjects can be fun and applicable in their lives.

We can do better educating our children

Amelia Harper reports, “A new Pew Research Center poll finds most Americans feel the quality of STEM education in the U.S. is ‘middling’ compared to most other countries. … Only about 25% of Americans surveyed feel that K-12 STEM education is above average compared to other advanced countries, and only 13% of people with a postgraduate degree in a STEM field feel that it excels. Additionally, 55% said STEM teachers spent too much time meeting state standards, and 53% said they spent too little time emphasizing practical applications.”[4] Test scores over the past few decades confirm the U.S. lags behind other developed countries, especially when it comes to math. Gass laments, “Decades of dismal international results indicate that American K-12 public education has been busier validating students’ math and science phobias than teaching academic content. Research shows that math and science are ‘ruthlessly cumulative,’ requiring automatic recall of facts learned in the early grades. But memorization remains a dirty word in America’s schools.” The problem-based approach described above can help students understand why they need to recall lessons learned throughout their educational journey. Gass asserts the right approach can help improve the way we teach mathematics. He explains:

“The intellectual farsightedness of Massachusetts officials stands on the shoulders of the 1993 Education Reform Act’s (MERA) legislative co-authors Tom Birmingham and Mark Roosevelt, together with Gov. Bill Weld. Their law’s impact was multiplied by the work of Harvard University mathematician Wilfried Schmid, standards expert Sandra Stotsky, and state math and science teachers. MERA’s science, technology, engineering, and math standards and high-stakes tests were central to the commonwealth’s historic K-12 accomplishments. The stellar record of Massachusetts in math was also a tribute to accessing algebra I by eighth grade, as is done in high-performing Asian countries. With this academic commitment, students were set on a trajectory towards global excellence in high school and beyond. As a result, from 2005 to 2015, [Massachusetts’] students outperformed their counterparts from every other state on the math portion of the National Assessment of Educational Progress (NAEP). In 2007 and 2011, the Bay State ranked among the world’s highest-achieving countries on gold-standard testing, the Trends in International Mathematics and Science Study (TIMSS).”

Gass recalls a truism written by Galileo: “The laws of Nature are written in the language of mathematics.” Math is a language of increasing importance in age of computers. Gass believes the “high-stakes tests” once administered in Massachusetts schools required students to put in the hard work necessary to master the subject. The results speak for themselves. Unfortunately, things change. Gass cites Newton who once said, “What goes up must come down.” He reports Massachusetts test scores are beginning to decline. He explains, “In 2010, Governor Deval Patrick’s administration traded away proven math standards in Massachusetts for $250 million in one-time federal grant money. With that money came Common Core math, which leaves Bay State students two years behind their international competitors. … Common Core math’s grave deficiencies increase exponentially across all K-12 science instruction. Sadly, Gov. Charlie Baker’s administration ignored the empirical data and discarded our world-leading science standards for mediocre national ones. Massachusetts now has essentially the same math and science standards as Arkansas.”

Harper reports a Microsoft’s survey on “STEM Perceptions” found “only a fifth of college students feel their K-12 education prepared them for college courses in STEM.” Gass’ example proves we can do better teaching our children STEM subjects if we set higher standards and encourage our children to embrace hard work. Newton’s first law of motion states, “Every object persists in its state of rest or uniform motion — in a straight line unless it is compelled to change that state by forces impressed on it.” If we want our education system to change, we need to compel that change.