Home » Big Data » Smart Cities and the Internet of Things 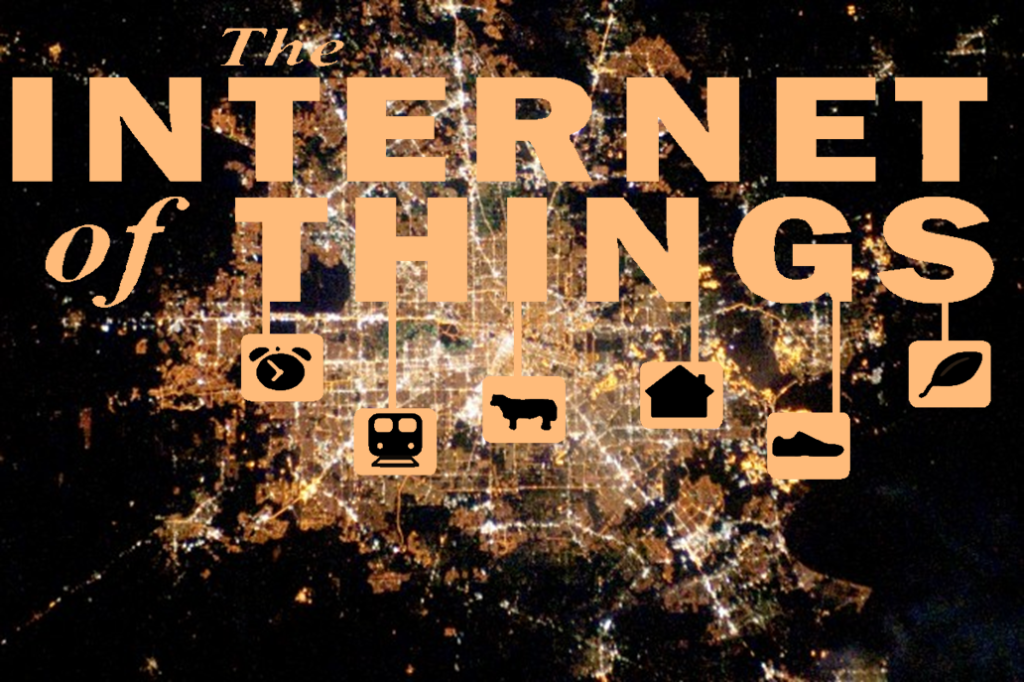 “Machines can make cities smarter,” declares Spyros Salpeas, Head of Global Services, MENA, at Orange Business Services. “Machine-to-machine (M2M) — also known as the ‘internet of things’ — technology, designed to communicate autonomously, is underpinning developments that will improve everyday life in evolving urban environments. Smart city planners need to approach their developments holistically to ensure inter-operability.”[1] Salpeas isn’t alone in the belief that the Internet of Things (IoT) is going to have a major impact on how cities develop in the future. John Chambers, Cisco’s CEO, and Wim Elfrink (@WimElfrink), Cisco’s Chief Globalization Officer, agree that “the Internet of Everything will change how we live.”[2] Cisco analysts prefer the term Internet of Everything (IoE) to Internet of Things because they believe distinctions between the human Internet and the machine Internet will blur to the point that the two networks will be indistinguishable. I think they’re correct.

You would expect people from the business world to talk about the future of cities in terms of technology. That focus ruffles the feathers of a lot of folks who believe that people, not technology, need to be the focus of smart city initiatives. Although I agree that planners should never forget that the goal of smart city initiatives is to make urban environments more livable and affordable, technology really forms the foundation upon which smart city initiatives must build. As Brookings analysts Robert Puentes (@rpuentes) and Adie Tomer (@AdieTomer) note, “The concept of the technology-driven ‘smart city’ has captured the imagination of public, private, and nonprofit leaders alike.”[3] Because technologies aren’t free, Puentes and Tomer insist that city planners need to have an economic vision of the city they want to help shape. They explain:

“A city’s ability to achieve ‘smart’ status must begin at the planning stage. Smart cities know what they want to be; they have an overarching economic vision based on a true assessment of their strengths, challenges, and opportunities. Smart cities will then harness the power of technology to bring their economic vision to fruition.”

Anthony Townsend (@anthonymobile), a senior research scientist at the Rudin Center for Transportation Policy and Management at New York University, believes that an emphasis on “technology can [either] make cities increasingly machine-like or more social and creative.”[4] He also believes, “Both models can work.” Townsend believes that the most significant network linking humans and machines (and the one that will have the greatest impact) involves smart phones. He explains:

“Smartphones are the technology that I think is the most important. Pretty much everybody on the planet will have a phone, and anybody who lives in a city will have a smartphone. We’re going to have billions of still relatively poor people walking around with networked supercomputers in their pockets. There’s been research that’s shown that mobile-phone service has a pretty detectable impact on GDP in poor countries. Smartphone technology — all the services that can be delivered over it — I think will have an even more significant impact.”

Townsend notes that most top-down visions of smart city development are being pushed by large companies like Cisco and IBM, while bottom-up approaches are more likely to come from non-profit or activist groups. He indicates that he is encouraged that civic leaders are now seeking inputs from both groups as they develop their plans. He states:

“A very promising development is we’re seeing mayors and other civic leaders take on the challenge of figuring out what the vision of the smart city should be and how to draw on all of the different resources that can provide technical expertise and innovations that will allow it to happen. This is why I’m so interested now in how cities are making long-term technology plans, because they’re basically taking the long-term vision they’ve already developed about what they want their city to be and trying to figure out how technology can be in service of that vision.”

The reason that so much emphasis is being placed on technology and the Internet of Things is because they are system oriented and cities operate on systems — communication systems, transportation systems, sanitation systems, water systems, and so forth. Making those systems more efficient and effective is in everyone’s best interest; but, tackling them one by one can only achieve so much. The real hope the IoT brings is that all of these systems can now be analyzed to see how they affect each other and how connections between them can be made to improve the quality of life for urban residents. As Chambers and Elfrink write:

“All of these connections are already generating massive amounts of digital data — and it doubles every two years. New tools will collect and share that data (some 15,000 applications are developed each week!) and, with analytics, that can be turned into information, intelligence, and even wisdom, enabling everyone to make better decisions, be more productive, and have more enriching experiences. And the value that it will bring will be epic. In fact, the Internet of Everything has the potential to create $19 trillion in value over the next decade. For the global private sector, this equates to a 21 percent potential aggregate increase in corporate profits — or $14.4 trillion. The global public sector will benefit as well, using the Internet of Everything as a vehicle for the digitization of cities and countries. This will improve efficiency and cut costs, resulting in as much as $4.6 trillion of total value. Beyond that, it will help (and already is helping) address some of the world’s most vexing challenges: aging and growing populations rapidly moving to urban centers; growing demand for increasingly limited natural resources; and massive rebalancing in economic growth between briskly growing emerging market countries and slowing developed countries.”

Townsend believes that one of the most exciting things about the smart cities movement is that each city is free to develop in its own unique way. He doesn’t believe that you can necessarily export solutions from one city to another and enjoy the same level of success. For example, some solutions that have been successful in one city are going to be too expensive for cities in poorer areas to afford. “It’s really exciting,” he states, “to see all of the different combinations of parts that people can throw together to create often highly localized services that let people experience the city in different ways.” Puentes and Tomer make a profound point, however, when they state that every vision of a smart city begins with access to broadband. “No industry or household in the world will reach their future potential without access to broadband,” they write, “it is the electricity of the 21st century.” Without broadband there is obviously no Internet of Things and without the Internet of Things many of the benefits discussed above will never be achieved.